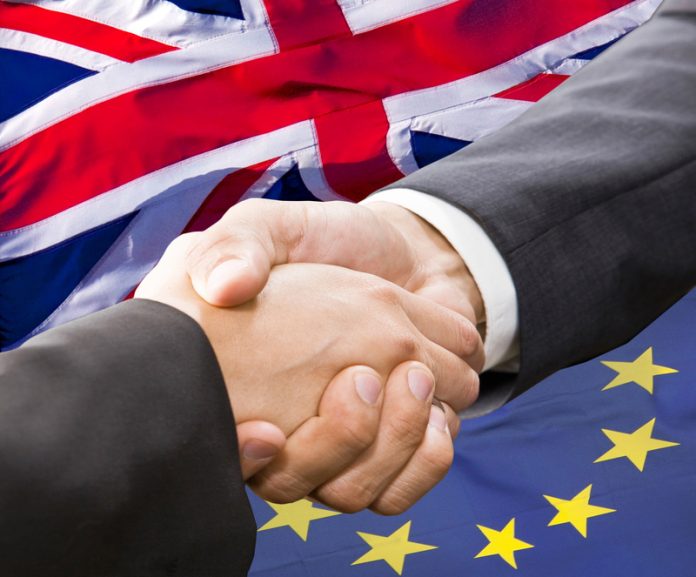 Being in my late forties now, the first time I remember being aware of the European Community and that it was a contentious matter as to whether in fact we should be a member was in 1988. This was only 13 years after we had joined and Margaret Thatcher gave the famous “Bruges speech” giving her vision for the future of Europe. Being 21 at the time, it caught my eye being a prominent news story and it seemed to begin a period where Europe was the battleground for Conservative Party infighting spilling over into the mainstream news. After that we had the ‘No. No. No.’ speech in the Commons, Thatcher’s fall, the ERM, Maastricht, the Single European Act and John Major’s cabinet bastards to name just a few seemingly Tory melodramas that they got excited about but didn’t really have a lot to do with the rest of us as we went around our daily lives.

Europe, and our role in it always appeared to be something that perturbed the retired Major’s and WI members in Middle England for whom Jerusalem was, and is the surrogate National Anthem, and Johnny Foreigner is an anathema. In other words, your stereotypical Conservative voter/backbencher.

Somehow, after all these years of it being a Tory Party issue, we have arrived at the point where suddenly we are being asked whether we still want to be European. For most people, I get the impression this is a bit of a shock and many family, friends and colleagues that I speak to say they are unprepared and don’t have enough information. I for one had been feeling as though I was European as well as British / English for some time now, and to think that part of my wider identity might now be taken away is disturbing.

I like being part of a larger community. What’s the phrase? ‘Strength in Numbers’? France, Germany, Holland, Spain etc are not strange overseas lands filled with undesirables, I like the ease of the Euro, I like the tunnel and passport control. To me, being part of Europe feels natural. Who knew we’d like tapas so much. More importantly it feels good to have a wide range of nationalities that essentially want to work together to build a safer, stronger, more prosperous and harmonious region.

We know where we stand with our current position being part of the wider European community. We know there are problems to resolve with the migration crisis. We know there is resentment brewing through the Schengen Agreement on open borders. There are irritations with our NET contribution to the EU budget and there is rising ill feeling because of the perceived lack of accountability of EU law makers and the imposition of unnecessary bureaucracy.

However, these points are seized upon by the ‘out’ campaign associated media like the Express and Mail and fed to us on a daily basis to distort our view and give us the impression we are somehow different from the rest of Europe and therefore should be separate. They make us feel we are under daily threat of being pillaged by a modern day equivalent of the Viking hordes except this time they are economic migrants and refugees who want to come to Britain because our benefits system is so great. Unfortunately there is a large and growing proportion of the population being influenced by this propaganda and sadly believe it.

Immigration is undoubtedly a troubling topic for many people up and down the country, but it should be our aim to solve it, not allow it to become something that turns us into a nationalistic, Nigel Farage-inspired UK version of Nazi Germany. When we see children dying on Greek beaches on the news and our own colleagues come back from the camps in Calais with stories and photographs of unimaginable living conditions for mainly innocent people, we have to be part of a European union that sets about sorting this out rather than leaving it to other nations.

Hindsight is a valuable tool, and with it comes the knowledge that the Scots made a great decision to vote ‘NO’ in their referendum. Despite the fact that they are according to the Kevin Bridges joke, “the only country in history to vote against their own independence”, the whole ‘YES’ campaign was built around being self sustainable underpinned by the price of a barrel of oil which is now worth less than half of what it was at that time. The newly formed Scottish economy would have been decimated. I don’t remember anyone predicting that in advance.

The world is smaller; technology is eroding old traditional boundaries of trade and communication. Better transport links are making it easier and quicker to get to pretty much wherever we want. Turning insular and away from our continental neighbours somehow seems to be at odds with this concept.

Without being overly dramatic, future conflict in Europe must be avoided at all costs and for that reason alone we must make sure that all the people of Europe feel part of a collective that can celebrate their differences but rejoice in being part of something bigger, stronger and diverse that can show the rest of the world the way forward. We cannot fight the threat of international terrorism on our own either — together we are smarter and stronger.

Conflict drains prosperity, resources, energy and takes attention away from other problems and issues many of which Europe faces today. It is our responsibility for the sake of future generations that we grasp the nettle and focus on the task of resolving problems. We might live on an island, but we also all live on the same planet and just because we are surrounded by water, it doesn’t mean we should pull up the drawbridge, ramp up our border security and disengage.