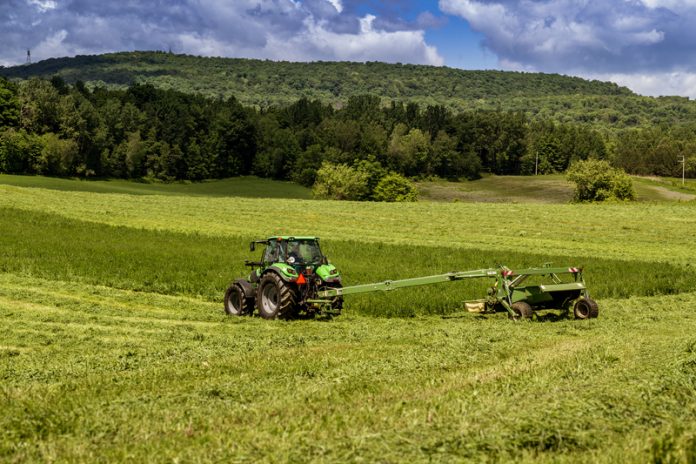 Canadian agriculture has deep roots and the government is working to build a future for the next generation of farmers, says Minister Lawrence MacAulay

The Canadian agriculture and food industries are one of the key drivers of Canada’s economy. The sector “from gate to plate” generates over $100 billion of our GDP and over $60 billion of our exports. With our relatively small population and high production capacity, Canada is the world’s leading agricultural trader on a per-capita basis, and a top-five importer and exporter. At the foundation of this economic engine are over 200,000 farmers and thousands of food processors.

Agriculture is a core priority for the Government of Canada. As Minister of Agriculture and Agri-Food, my mandate is to support the agricultural sector in a way that enables it to be a leader in job creation and innovation.

This past July, agriculture ministers from across Canada reached a historic agreement on the Canadian Agricultural Partnership. Agriculture is a shared jurisdiction in Canada. Under the Partnership, the federal government, provinces and territories will invest $3 billion over 5 years in programmes to help Canada’s agriculture and food sector innovate, grow and prosper.

Trade is a key priority of the Partnership. On average, about half of the value of Canadian agricultural product is exported. We are the world’s top exporter of canola, flax, pulse crops and wild blueberries, and a top-three exporter of wheat and pork.

Canadian agri-food exports have been climbing at about 10% annually, and the recent Canadian budget set sights on $75 billion a year by 2025. We continue to strengthen our global trading partnerships, pursuing agreements such as the Comprehensive Economic

Trade Agreement with the European Union, as well as discussions with China and other key Asian markets, while strengthening our ties with our largest trading partner, the United States. To ensure our products get to our global customers reliably and efficiently, we have introduced legislation to strengthen Canada’s rail transportation system.

Research and development are at the heart of Canada’s global agricultural success, dating back to the development of Marquis Wheat, which opened up Canada’s Prairies to agriculture a century ago. Our ongoing private and public sector investment in research, including investments in the federal budget, will be critical to Canada’s ability to help feed the world.

Action on the environment is also key to helping the sector meet the growing global demand for food sustainably. The government is investing in programming to help farmers practice climate-smart agriculture. As well, new crop varieties with built-in disease and drought resistance, and precision farming technologies, are all helping farmers reduce pesticide and fertiliser use while conserving water.

The future is bright for Canada’s agriculture and food industry, with a growing global middle class looking for products our farmers and food processors can deliver. A report by the Finance Minister’s Advisory Council on Economic Growth argues that Canadian agriculture can be a key part of Canada’s path to prosperity in the coming decades.

As Canadians celebrate 150 years of our country this year, exciting opportunities lie ahead for the next generation of food producers. Youth is a key priority for the Government of Canada, and we are working hard to inspire young people to become the agricultural leaders of tomorrow.

Young Canadians have the talent and drive to lead the future growth of Canada’s economy – and to do that, they need practical work experience. Under the federal Youth Employment Strategy, the government has invested over CAD$7 million in the Agricultural Youth Green Jobs Initiative, which brings young people and farmers together to gain job experience and improve the environment. The government also offers an agricultural internship program, and we are proud supporters of 4-H Canada, including their recent global summit in Ottawa. The government also offers loan guarantees and Young Farmer Loans to help new and beginning farmers get established in this capital-intensive industry. As well, youth will be a key focus of the Canadian Agricultural Partnership.

Over a century ago, Canada’s Prime Minister Wilfrid Laurier said that the 20th century belongs to Canada. Well, I firmly believe that the 21st century will belong to agriculture.

Minister of Agriculture and Agri-Food