Jon Friis, Founder and CEO at Miiskin, states the case for a digital focus in the fight against skin cancer mortality

Skin cancer impacts the lives of millions worldwide, with healthcare services and charities stressing the importance of routinely checking for warning signs.

It is emphasised by dermatologists that, if caught early, most skin cancers can be treated successfully – yet we are still seeing concerning numbers of deaths from the disease.

In the UK alone, official figures show more than 140,000 annual incidences of skin cancer and 15,000 of these are melanoma, the most dangerous form. Despite public health campaigns about the risks of skin damage, deaths from skin cancer continue. The UK recorded more than 2,600 skin cancer mortalities in the latest annual statistics from 2019(1).

While we are yet to see the full picture of data since the pandemic, healthcare systems are working hard to reduce skin cancer mortality rates and support people who had not previously come forward to get symptoms checked.

From a skin cancer perspective, there is a job to be done to remind people of the importance of being aware of changes to their own skin. Tech can play a significant role here – to encourage regular skin self- examinations and for those who spot worrying changes to seek medical advice.

Self-examination of the skin

Individuals are often the first to notice a change to their own skin, but if the warning signs are not on a person’s radar, early skin cancer signals could be overlooked.

Regular self-examinations are therefore important for early detection – including changes to existing moles, as well as new marks and moles on the skin. It is reported that seven in ten melanoma cases in adults appear as a new mark or mole on the body, rather than being associated with existing mole(2).

However, new research commissioned by Miiskin in May 2022 showed that a third (36%) of UK adults never check their skin for signs of skin cancer, despite 29 per cent doing so at least once a month(3).

The challenge is twofold. Some are not aware of the importance of checking their skin, while others find the process of checking their own skin difficult. When I was first told by a doctor seven years ago that best practice for tracking changes at the time was to use pen and paper, I thought there must be a way for technology to help.

Independent research shows that one in five (22%) people in the UK take photos of moles on their body to track for changes(3) – and an estimated 300 million potentially life-saving snapshots are being taken a year, in the UK alone.

It is a similar story in other countries too, with smartphones providing access to an easy way to track changes to skin over time. This correlates with technology developments over recent years and the growth in apps designed for dermatology purposes.

Consumer tech can be a powerful tool if used in the right way. It can deliver the important reminder to check but also the tools to make the job simpler and digitally document changes.

Machine learning, computer vision and augmented reality are helping to bring technology to smartphones that was not previously openly available for patients – which can help them spot changes such as to the size of a mole, its appearance and how it is evolving, as well as identifying new lesions on the body. But it is crucial that tech supports clinical expertise, rather than seeking to replace it.

The pandemic has seen consumer tech taking a more prominent role in virtual collaboration between patients and their doctors or dermatology specialists too, following a rapid switch to virtual consultations. It is a trend that is continuing.

On a more basic level, consumer tech can provide that crucial regular reminder to check the skin and a means to capture high-quality images. While apps should never replace medical guidance, they can help deliver a potentially lifesaving message.

At a time when skin cancer is one of the most common cancers, we need to emphasise the message and continue to refine the digital tools available to support patients around the world and eventually lower skin cancer mortality rates. 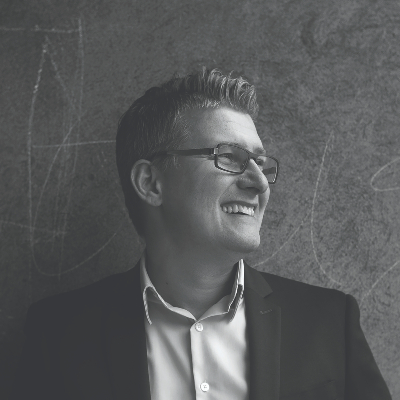