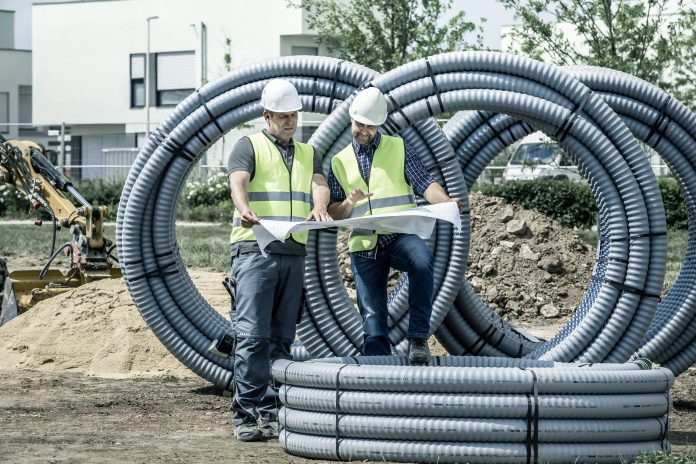 In line with ambitions to reduce the nation’s carbon footprint while cutting heating bills for homeowners, the government is increasingly turning to innovative, energy-efficient solutions such as district heating networks. Taking this into account, this article shines a spotlight on the uncertainty surrounding traditional fossil fuel heating systems, and how, faced with these circumstances, companies are taking steps to implement a new generation of district heating solutions.

The heating sector is constantly innovating and developing new heating systems that reduce carbon emissions while improving efficiency. With an ever-growing focus on sustainability and the impact of climate change making fossil fuel boilers a less appealing prospect, this need for innovation is even more acute.

District heating systems supply multiple buildings with heating and hot water via an underground network of buried, pre-insulated pipes, which are connected to a large centralised heat source. At the moment, most systems in Europe using this set-up are part of the third generation, with water circulating at 70-95oC flow temperature.

However, a shift to a new fourth generation of district heating systems, through which water circulates at 50-60oC, is currently occurring. Because of this generation’s comparatively low-temperature design, heat loss or wastage within the network is reduced, meaning additional cost savings can be realised. Furthermore, this new generation of systems retains the traditional advantages associated with centralised district heating networks, including less time and money lost maintaining individual boilers, and, crucially, reducing carbon emissions.

Such advantages, and the ensuing reduced capex and opex costs, have made fourth-generation heating networks an increasingly attractive prospect for key developers. Thanks to its lower installation and maintenance costs, the technology is similarly appealing to housing associations and the public sector, where reducing customer bills are prioritised even more.

The concept of the fourth-generation district heating systems has also been designed with a focus on low carbon heating sources. Because the system allows for lower temperatures, it is ideally suited to centralised water, air or ground source heat pumps, markedly reducing emissions when compared to their gas-powered counterparts. As a result, district heating can be viewed as an efficient and sustainable heating technology that is well-placed for the challenges of the future.

The need to move to more efficient and sustainable systems was initially highlighted by the Committee for Climate Change (CCC) in their February 2019 report. Following this, the UK Government has committed the country to achieve a net-zero carbon emissions rate by 2050. Since then, the 2020 Budget has also further confirmed the Government’s commitment to achieving lower emissions, with funding to help homeowners and commercial end-users implement low-carbon heating systems into their properties.

For district heating developments for both residential and commercial buildings, in particular, the launch of the Green Heat Networks Scheme, which replaces the Heat Networks Investment Project (HNIP) from 2022, favours this low carbon solution as a sustainable option going forward. As with the HNIP, this scheme will award grants to projects both domestic and commercial that implement sustainable, low carbon district heating systems.

In addition to the initiative to promote low carbon alternatives, regulations and standards are also indicating favour towards district heating. The latest version of the Standard Assessment Procedure for building regulations (SAP 10.1) sets standards for a new lower emissions factor for electricity, which favours heat pumps as a ‘greener’ solution. In contrast to the 0.519 kgCO2/kWH metric set out by SAP 2012, this new draft proposes a value of 0.136 kgCO2/kWH – a 75% improvement in heat pump derived electricity carbon savings from previous figures. Low carbon and energy-efficient heat pumps are, therefore, proving to be a viable alternative to traditional systems during this process of grid decarbonisation.

Due to demands around carbon emissions and cost, modular energy-efficient heating networks are becoming increasingly popular – particularly those that are polymer-based. Indeed, recent studies and government reports identify that polymer pipes usually incur lower installation costs than traditional materials, despite being only recently implemented in district heating networks.

Polymer pipework also minimises system failure risk or costly repairs that can occur through corrosion in traditional steel systems. In fact, thanks to the reduced flow temperatures of fourth-generation networks, polymer pipes can enjoy a lifespan of well over 50 years. Throughout design processes and on-site during installation, developers and contractors also benefit from flexible polymer solutions, enabling quick and easy installation requiring no welding to make connections.

As the district heating market evolves from higher temperature traditional fossil fuel heat networks to lower temperature renewable alternatives, developers, specifiers and contractors can benefit from energy- efficient polymer solutions. Heating our homes and buildings through district heating networks is now more than ever a favoured option as the emphasis on reduced carbon emissions and improved energy efficiency grows. 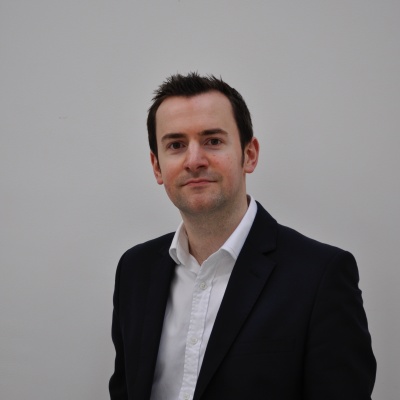 Let’s learn how to use plastic anew!

Modelling Armageddon: The effects of nuclear weapons on climate