With Grundfos iGRID there is potential to release free energy for more than 1.3 million European households and significantly reduce carbon emissions in district heating, since low supply temperature makes it possible to utilise more renewable energy

Europe has the ambition to utilise district heating as the backbone of the energy transition because it holds the opportunity to store energy from unstable renewable energy sources like wind and sun, which can then be used to cover a rising heating demand and provide a vital contribution to the European ambition of reducing carbon emissions by 40% by 2030.

To realise the ambitions and utilise more renewable energy sources, there is a general acceptance that temperatures in district heating grids must be lowered.

But how to do this efficiently?

Grundfos iGRID makes it possible to divide district heating grids into smaller low temperature zones with similar building characteristics, which leads to a differentiated setup based on the actual building demands. (see Picture 1 above)

This change means that it is no longer the one building with the highest temperature demand that determines how the entire grid should be operated. To reduce the heat loss in the grid as much as possible, the temperatures are optimised based on real-time data from iGRID measure points that are placed close to the consumers. The data is used for the iGRID Temperature Zone that utilises a mixing loop and an iGRID Temperature Optimiser to lower the supply temperature to meet exactly the required level – nothing more and nothing less. (see Picture 2 above)

When installing the iGRID Bypass Cabinet critical consumers will receive instant hot water, even in the summer when the demand is low, and with minimum supply water being bypassed into the return pipe. (see figure 1)

By lowering temperatures and adding pressure where needed with these iGRID offerings, heat losses will be significantly reduced, asset lifetime prolonged and more renewable energy sources can be utilised.

iGRID also results in automatic balancing of the zone based on real-time data, instead of manually changing setpoints based on theoretic hydraulic models.

Heat loss reduction of >25% in the Greater Copenhagen area

A Grundfos iGRID setup in the Copenhagen suburb Gentofte shows a reduction in heat loss of almost 19% in year 1 and an expectation of more than 26% in year 2. This leads to a return on investment of the full project in less than 3 years.

In an area with approx. 300 large villas this leads to an annual heat loss reduction of more than 680 MWh that corresponds to a CO2 reduction of 165 tonnes, if it is based on the average 2017 EU CO2 index (GaBi). (see figure 2)

Our projects so far, reveals a potential of reducing heat losses by approx. 20-30%.

Based on Euroheat & Power country statistics 2017, the amount of sold energy in European district heating is approximately 415 TWh.

Assuming that temperatures in half of this grid could be lowered by 20°C in zones with a current heat loss of 20%, this would lead to a potential heat loss reduction of more than 15 TWh and a reduction in carbon emissions of 3.700.000 tonnes.

Based on the average heat consumption of 12 MWh per EU household, this leads to free heating for 1.3 million households, only through temperature optimisation!

Each zone can furthermore be installed with e.g. heat pumps, which would transform the zones into big flexible thermal batteries that can utilise renewable electrical energy when the power grid cannot obtain excessive amounts of energy from fluctuating sources like wind and sun.

Grundfos iGRID is being made available for European district heating

Grundfos iGRID already has 400 connected devices and is currently being rolled out in Denmark, Poland, France and Finland. During the next years it will then be made available in all European countries with a significant district heating infrastructure.

How intelligent district heating zones is operated with Grundfos 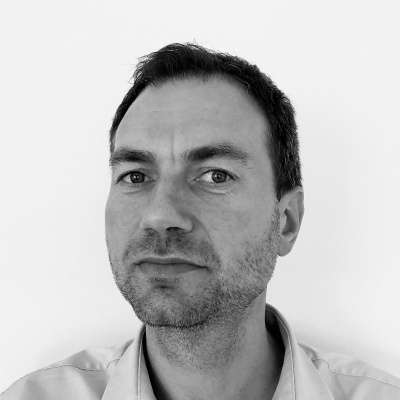