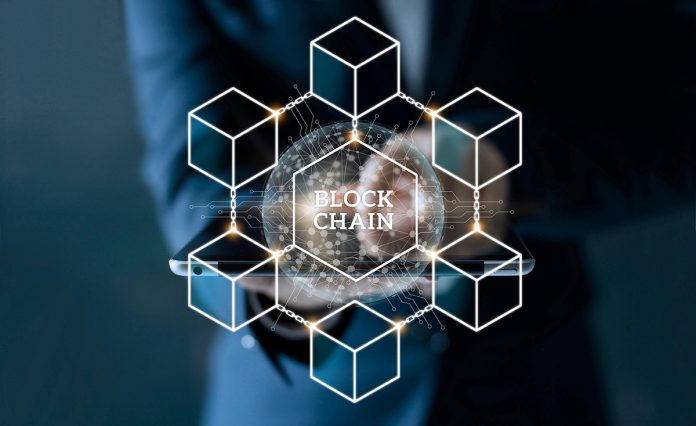 The ORS GROUP explains to us their expertise in delivering sophisticated AI-based optimisation software solutions to a large international client base, including how AI & blockchain will empower 1 billion entrepreneurs by 2040

In its simplest terms, a blockchain is a new means of structuring and distributing data. The technology enables financial companies and other institutions to create a digital ledger guarded by cryptography, which can be shared among participants during transactions. This allows authorised participants to alter the ledger without awaiting approval from a central authority, often resulting in faster and more secure transaction that saves financial institutions time and money. Since the mysterious origins of Bitcoin in 2009, numerous cryptocurrencies have been thrust upon the marketplace, allowing transactions to take place directly between users and can be exchanged – as regular currency can be – for goods and services.

So why is there such on-going hype around cryptocurrency and is it masking the power behind blockchain technology?

This year has commenced with a lot of turmoil in the cryptocurrency world. However, that has been necessary to preserve the long-term health of the market. Bitcoin is already amidst the throw of a turbulent year, with the recent ban on cryptocurrency advertising from the world’s biggest search engine Google and social media platform Facebook to proceed in June 2018. There are also rumours that Twitter will soon follow suit. Despite the industry currently in overdrive, key observers of the blockchain say the technology is bound to not only survive but thrive.

The general outlook for blockchain in 2018 looks to be increasingly positive: Fiat service provider, Robinhood, of which over 1 million people have signed up for, announced their zero-fee crypto trading on February 22nd; March 15th saw the official release of Lightning Network’s first beta implementation for the Bitcoin mainnet, securing $2.5 million in seed funding; and one of the most important Polish cryptocurrency exchanges, Bitbay, has decided to add support for Ripple (XRP) and Infinity Economics Token (XIN), impulsing the internet of things (IoT) to the mass market. It is clear that the production of mass-market-focused products will finally be launching this year, making it a lot easier for the wider public to start building on and using the blockchain.

What does this imply about the future of work?

As widely proposed in recent news, the future is autonomous. We are already moving towards a workforce that could be purely operated with the combined use of artificial technology and robotics. The study of 46 countries and 800 occupations by the McKinsey Global Institute found that up to one-fifth of the global workforce will be affected by robot automation. According to the report, 39 to 73 million jobs may be eliminated by 2030 in the US alone, but about 20 million of those displaced workers may be able to easily transfer to other industries.

But what if there was a way that the inevitable influx of automated workforces didn’t have to affect the world’s rate of human employability? What if there was a solution that could effectively convert the masses into fully equipped entrepreneurs, by applying one straightforward concept?

Meet the man on a mission to change the world, one entrepreneur at a time

President and Executive Chairman of ORS GROUP, a leading Artificial Intelligence software company, Fabio Zoffi is on an incredible mission to empower 1 billion small entrepreneurs by the year 2040.

In the words of Fabio Zoffi: “The future doesn’t have to be dystopian.”

How will he do it? By making the algorithms his company currently uses for the world’s largest companies (which until now have been extremely protected) available to small businesses and entrepreneurs by connecting them with the blockchain technology.

ORS GROUP’s innovative new concept of Hypersmart Contracts will provide the mechanism by which they will do this: connecting Artificial Intelligence and blockchain together to make use of big data and powerful algorithms for turning businesses of all sizes highly competitive on a global scale.

President Zoffi says: “We are creating a global community of like-minded developers, entrepreneurs and crypto enthusiasts, who want to embrace the new digital alphabet “ABC – AI, blockchain and cryptocurrency”, to create and successfully run a business in almost every possible industry sector.”

The power of algorithms

ORS GROUP’s large international client base includes that of Fortune 2000 enterprises and span industries including retail, energy, finance and manufacturing. ORS GROUP’s software solutions save their clients over $1 billion yearly.

Imagine the possibility of a future decentralised network of small companies on a planetary scale, empowered by technologies which enable the “little guy” to put their big ideas into action and to be competitive against the “big boys”. For example:

A farmer living in a small village in Southeast Asia, running a family business that has carried on for generations. In light of increasing competitive pressure from global farming companies and distributors, the farmer is now struggling to make the necessary business decisions needed to survive and thrive in his industry. Thanks to ORS GROUP’s new digital alphabet, he would be given the power to successfully compete and grow his business:

Hypersmart contracts can act as intelligent connectors, which activate AI algorithms (off-chain) to solve complex efficiency/optimisation problems utilising data stored on-chain. They can also release instant crypto payments. Together, these technologies can lead to significant improvements in global value chains, which even small farmers can benefit from. For example, algorithms can be used to predict crop yields and for dynamic price optimisation, blockchain can be used for providing transparency about the whole food chain and cryptocurrency used for receiving immediate payments. As an end result, small farmers can regain negotiating powers against distributors and compete globally.

Individual entrepreneurs will become empowered once they are provided with the technology to educate themselves, resulting in the establishment and growth of fully optimised and successful businesses. ORS GROUP continues to dedicate itself to ensure that any entrepreneur with a dream will be able to compete on a global scale and in an autonomous world.