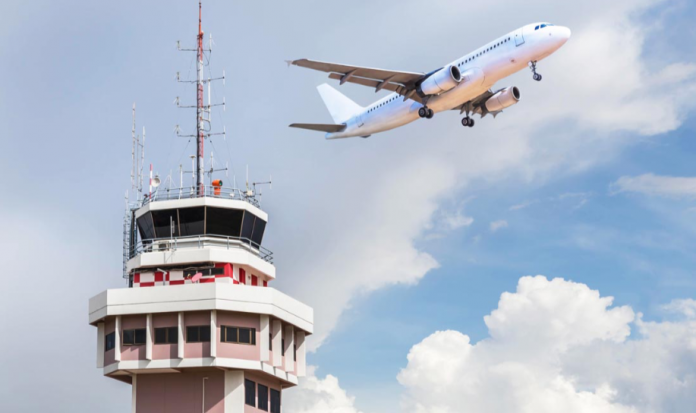 Open Access Government uncover how air traffic management is an essential part of European air transport and aviation, connecting cities and people as well as boosting jobs and growth

The vision of aviation has always been to get from point A to point B quickly and safely. Today, however, the aviation landscape is changing fast, and being smart, sustainable and resilient are also huge parts of that vision. The transformation of the European Sky into a digital one is a vital yet challenging mission.

Aviation is supported by air traffic management (ATM), and over the last 15 years, the EU has learnt a lot regarding ATM with the decision-making process moving away from an intergovernmental practice to the EU framework. The EU’s ongoing main objective is to reform ATM to cope with sustained air traffic growth and operations under the safest, most cost- and flight-efficient and environmentally friendly conditions. This means:

Achievements have already been made at operational, technological and institutional levels, however, efforts are ongoing to maximise the benefits of activities initiated under the ambitious Single European Sky (SES) framework.

While unseen and unnoticed by passengers, ATM is an essential part of European air transport and aviation, connecting cities and people while also boosting jobs and growth. ATM plays several specific and important roles:

However, Europe’s ATM system is based on outdated principles and ageing technology developed 40 years ago, therefore needs drastically updating. Furthermore, the poorly connected fragmentation of the current system across national borders, results in many inefficiencies and a lack of readiness to cope with the expected evolution of air traffic. Building the right infrastructure to support operations is critical in harnessing the potential of the sector. This is why it is necessary to transform dated ATM into a more modular, automated, interoperable, flight and flow- centric system that takes advantage of advances in digital and virtualisation technologies.

In this new vision for an ATM ecosystem, all categories of air vehicles from drones, general aviation and business aviation to commercial and military aircraft will be safely integrated.

The Single European Sky ATM Research (SESAR) project was launched in 2004 as the technological pillar of the SES initiative. Its role is to define, develop and deploy what is needed to increase ATM performance and build Europe’s intelligent air transport system, essentially developing a new generation of ATM.

In 2007, SESAR Joint Undertaking (SESAR JU) was set up as a public-private partnership to manage this large scale and is responsible for the modernisation of the European ATM system by coordinating and concentrating all ATM relevant research and innovation efforts in the EU. Since then SESAR JU has evolved immensely, currently uniting around 3,000 experts in Europe and beyond.

Airports will be fully integrated into the ATM network level, which will facilitate and optimise airspace user operations. The vision will be realised across the entire ATM system, offering improvements at every stage of the flight.

2021 and beyond will consist of establishing and successfully managing the transition to the new SESAR 3 JU. Over the course of 2020, preparations got underway to establish this future partnership, now called the SESAR 3 Joint Undertaking, a Joint Memorandum of Understanding which was signed by 46 aviation industry stakeholders. The future partnership will build on the success and momentum generated by its predecessors to deliver the Digital European Sky, making air transport smarter, more sustainable, resilient and accessible to all airspace users, including new entrants.

S3JU will still be a three-way partnership between the EU, EUROCONTROL and ATM research and industry stakeholders and the world-leading competence centre for ATM development and related project management. The European Union financial contribution to S3JU, including EEA appropriations, to cover administrative costs and operational costs shall be up to €600,000,000, including up to €30,000,000 for administrative costs.