The Thames Rivers Trust (TRT) has been promoting an ecosystem approach to the Thames and its tributaries since 1986. Acting as the hub Trust for Rivers Trusts and other NGOs within the Thames catchment, we join up and support partners that share common objectives for improving the catchment, whether high up in the headwaters or low down the system in the tidal river below London – after all that happens in one part of the catchment significantly affects another.

The River Thames: a wealth of biological diversity

The Thames and its tributaries support a wealth of biological diversity, from seals and 115 fish species in the Thames to water voles, brown trout and mayflies in our rare chalk streams. Our rivers are facing a number of challenges, including water quality, abstraction and fragmentation – to name just a few.

Whether urban tributaries such as the River Crane in West London or the Kennet in the upper reaches of the Thames River Basin, they are all suffering from water quality issues. Three of the main causes of river pollution are sewage, farms and roads.

Cotwolds Rivers Trust, along with other Trusts in the catchment, have worked to improve their river habitats through practical river restoration projects, in many cases to offset the damage done by post-Second World War drainage and agricultural policies. Restoring gravel to riverbeds where historically these beds have been dredged now provides habitats for fish to spawn.

Reinstating meanders and pinning large woody debris into the river channel are some of the habitat improvements our partners have been undertaking for many years. Simultaneously, they have been involving and inspiring the local communities. As Richard Knowles, Cotswolds Rivers Trust Chairman, stressed, ‘River habitat improvements can only do so much; the principal challenges facing the Cotswolds rivers remain water quality and water quantity issues.’

Water abstraction for drinking and industry is a huge challenge

Water abstraction for drinking and industry is a considerable challenge. With a growing population and more extreme weather, like the heat wave and drought experienced during the summer of 2022, our rivers are in low flow. In some cases, pollution is less diluted and in some extreme cases: rivers are drying up. New development rarely considers the impact on the water environment, and existing development is already causing damage that needs to be reversed.

Educating the community on the importance of local rivers

Many of our partners are out on the ground educating communities of all ages about where their water comes from; and providing opportunities for them to get outdoors to enjoy, value and understand their local rivers. This includes the River Thames. Together, we are helping groups and individuals understand the impacts of abstraction on their rivers and their wildlife, along with simple actions that we can all take to be more water-efficient long-term.

The amount of water and its quality is vital to rivers as a healthy connected river corridor needs species to be able to freely migrate and not hang on in fragmented and isolated populations. Man-made barriers are considered a significant threat to the upstream migration of fish, in particular the European eel. Barriers such as weirs can reduce the amount of healthy habitat available to fish.

For many species well established marginal plants are the connectivity, not only are these buffers between water and land; they are vital highways for wildlife. They are cover, food and nesting sites, they also help filter runoff pollution, be that road or agricultural that would otherwise be flowing directly into our rivers and lowering water quality.

Bringing together government, agencies and bodies is a challenge

One of the biggest challenges in an urban setting, according to Rob Gray from Crane Valley Community Interest Company, is bringing together local government, agencies and bodies. The Crane Valley Partnership was created in 2005 to try and bring these bodies together in the common interest of protecting and enhancing the community and environmental value of the catchment. Around £3m of improvement works have been delivered over the last ten years, including open space improvements and wetland creation.

Wetlands provide Natural Flood Management (NFM) measures and if created well will support a diverse number of species, store water and protect homes and businesses from flooding; and sequester carbon. They can also be fantastic amenities for local people to enjoy and connect with nature. Working in partnership with a range of landowners our partners are delivering substantial wetland creation projects. For example, RTCT’s Eythrope (Waddesdon Estate, near Aylesbury) and ARK’s Sparkling Streams Free Warren Farm wetland in Wiltshire.

We will continue our projects and partnerships, bringing improvements to the Thames River Basin, but a sustainable water resources strategy for the Thames River Basin would be a game changer, Charlotte Hitchmough Director of ARK summarised, ‘We need a strategy that recognises that everything in the catchment is interrelated and that every home, businesses, road and field has an impact on the water environment. Managing water well will ensure clean drinking water, reduced flood risk, increased biodiversity and great places to live. Ignoring water will do the opposite.’ 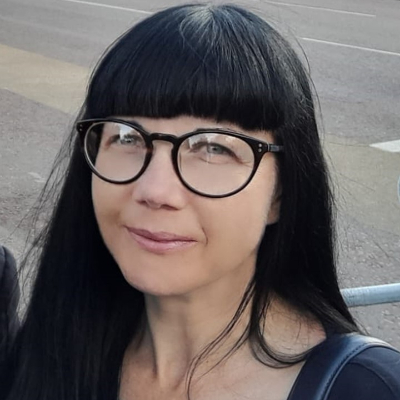