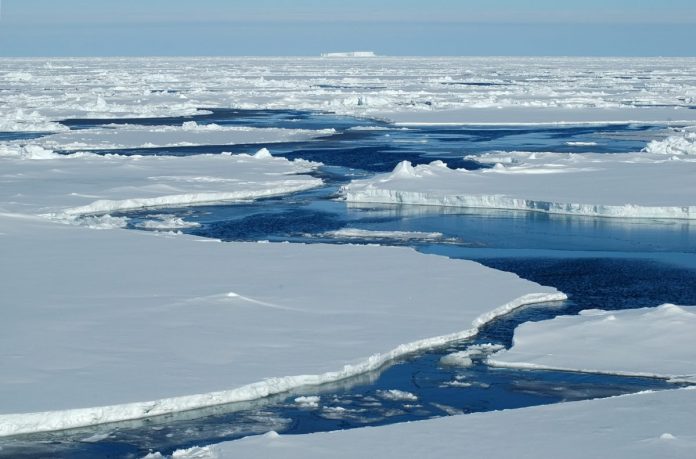 Researchers have discovered that the sea ice surrounding the Antarctic is thicker than previous estimations.

In two expeditions led by scientists from the UK, USA, and Australia, the survey discovered that ice thickness averaged between 1.4m and 5.5m, with a maximum ice thickness of 16m.

A robot, known as SeaBed, was used to map the ice. Using this device, researchers discovered that 76 per cent of mapped ice was also deformed by huge slabs of ice crashing into each other to create a larger, denser bodies.

The research, which was published in Nature Geoscience, has been hailed as an important breakthrough in understanding the region. Furthermore, the analysis will provide a starting point to discover how ice thickness is changing.

The SeaBed robot—an autonomous underwater vehicle that could be used at a depth of 20 to 30 metres—was driven in a “lawnmower” pattern, back and forth, using upward-looking sonar to measure and map the underside of sea ice floes. It was used instead of icebreaking ships as these were unable to get close enough to undertake the necessary research.

The mapping occurred during two separate expeditions: one in 2010 and one in 2012. The teams from the British Antarctic Survey, the Institute of Marine and Antarctic Studies (IMAS) in Tasmania, and the Woods Hole Oceanographic Institution in the US examined the coastal areas of the Weddell, Bellingshausen, and Wilkes Land.

The report’s co-author Dr Guy Williams, of IMAS said: “Sea ice is an important indicator of the polar climate but measuring its thickness has been tricky.

“Along with the satellite data, it was a bit like taking an X-ray of the ice, although we haven’t X-rayed much of it, just a postage stamp.

“The key thing is that this is a game changer because it was previously very challenging to measure ice depth. We were limited to visual observation from the decks of ships or ice cores and take measures.

“It was a lot of hard work and quite crude, which means we were biased towards thinner ice. It was a bit like a doctor diagnosing a condition by prodding the skin.”

Routine surveys of ice thickness will now occur to determine any changes seen over a long period of time. The research will not only benefit climate scientists, but also marine biologists who are interested in the wildlife living in the region.

Dr Williams added: “This is a big step forward in our knowledge but we’ll need to have longer missions in larger areas.

“What we ultimately want is a team of autonomous robots that self deploy all across the Antarctic, like the spokes in a wheel.”

Designer of the SeaBed robot, Hanumant Singh, an engineering scientist at the Woods Hole Oceanographic Institution, said: “Putting an AUV together to map the underside of sea ice is challenging from a software, navigation and acoustic communications standpoint.

“SeaBed’s manoeuvrability and stability made it ideal for this application where we were doing detailed floe-scale mapping and deploying, as well as recovering in close-packed ice conditions.

“It would have been tough to do many of the missions we did, especially under the conditions we encountered, with some of the larger vehicles.”