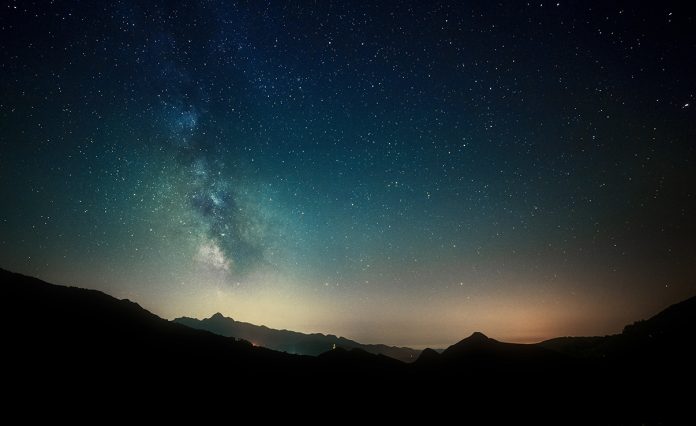 The power of asteroseismology – what can we learn from the stars? Saskia Hekker from the Max Planck Institute for Solar System Research reveals here

Nearly a century ago Arthur Eddington had the foresight to question “Our telescopes may probe farther and farther into the depths of space; but how can we ever obtain certain knowledge of that which is hidden beneath substantial barriers? What appliance can pierce through the outer layers of a star and test the conditions within?’’

The answer is asteroseismology, the study of the internal structure of stars through their intrinsic global oscillations. As with musical instruments, these oscillations resonate in a cavity specific to the “instrument”, i.e. a star in this case. In this way, the oscillations reveal information about the properties of this cavity and thus the star.

It has been long known that stars can show periodic brightness variations that originate from an intrinsic mechanism in a star. In such a mechanism energy flowing from the core to the surface could be trapped in an opaque layer before reaching the surface.  This causes the star to expand. Upon expanding the opaque layer becomes more transparent to the energy flow removing the blockade and making the star contract again (Eddington 1926, Aerts et al. 2010). These breathing oscillations of a star change its radius by a few percent in a coherent manner while at the same time changing its surface temperature and brightness.

An early remarkable result from stars with such breathing oscillations (Cepheids) is a relation between the period of the oscillations and the luminosity (absolute brightness) of the stars, the so-called period-luminosity relation (Leavitt and Pickering, 1912). This relation plays an important role in measuring distances of galaxies and star clusters and ultimately the expansion of the universe.

In the 1960’s non-coherent oscillations with low amplitudes (much less than a percent) were first discovered in the Sun. These oscillations are stochastically (i.e. in a random way) excited by the turbulent convection in the outer layers of the Sun. Effectively some of the convective energy is transferred into the energy of global oscillations. This type of oscillations is referred to as solar-like oscillations.

The oscillations detected in the Sun have provided unprecedented detail of the stellar interior.  We know now that the Sun rotates as a solid body in its radiative region up to about 0.7 of its total radius. Above this region there is latitudinal differential rotation in the convective layer, i.e. the outer layers of the Sun rotate faster at the equator than at the poles. At the boundary between solid body rotation and differential rotation, there exists a shear layer, the so-called tachocline. This tachocline could play an important role as a dynamo to form large magnetic fields. Additionally, seismology of the Sun was pivotal in the discovery that neutrinos are not massless and that low energy neutrinos change the flavour (Nobel Prize for Physics 2015).

Other stars with an outer convection zone also excite solar-like oscillations. Among these are stars similar to the Sun, with similar mass and hydrogen fusing to helium in the core, as well as more evolved stars (the future of our Sun). These evolved stars have exhausted their core from hydrogen and either fuse hydrogen in a shell around an inert helium core, or around a core in which helium fusion takes place. These stars are red (cold at the surface) and large (up to 100 times the Sun) and are referred to as red-giant stars (Hekker and Christensen-Dalsgaard 2017). Over the past decade, dedicated space telescopes have made it feasible to observe solar-like oscillations in red giants, as well as solar-like stars; these observations resulted in an asteroseismic revolution.

It was discovered that red-giant stars are like musical instruments with 2 cavities, having one cavity located in the deep interior of the star and one in the outer layers. The oscillations that resonate in both cavities are so-called mixed oscillation modes and provide a direct means to pierce into the cores of red giant stars and reveal its properties; for instance, whether the helium in the core is inert, or fusing (e.g. Bedding et al. 2011). The mixed modes also allow for studies of the rotation of the stellar cores and envelopes. In red giants, the cores are rotating about 10 times faster than the envelopes (e.g. Beck et al. 2012).

Through their sensitivity to the internal structure of the stars, the oscillations combined with surface properties (temperature and chemical composition) can also reveal the stellar mass, radius and age with unprecedented accuracy. Although the ages are dependent on comparisons with stellar models, asteroseismic ages are superior to other age determinations in terms of precision and accuracy.

The power of asteroseismology

The power of asteroseismology reaches farther than the structure and properties of stars. It also impacts significantly on our knowledge of extra-solar planets, the Milky Way and as mentioned before the expansion of the universe. The determination of the planetary properties (mass, radius and age) critically relies on the knowledge of the same properties of the host star. Indeed, it was thanks to asteroseismology that it was possible to detect Earth-mass planets in the habitable zone (e.g. Borucki et al. 2012). Furthermore, stars are a main observable ingredient of the Milky Way and galaxies in general. To understand the formation and evolution of the Milky Way (galactic archaeology) knowledge of stellar properties, and particularly stellar ages are indispensable. With asteroseismology, it now becomes possible to derive stellar masses and ages to an accuracy level that they can indeed be used for galactic archaeology.

To utilise the full extent of the power of asteroseismology it is essential to fully understand all the oscillation features that are present in the data and understand their physical origin. This work is still in its infancy and will require many in-depth asteroseismic studies as the field matures.