Professor Shadia Habbal from Institute for Astronomy – University of Hawaii, explores and introduces the Mysteries of the Sizzling Solar Corona

The fortuitous coincidence that the angular extent of the Moon matches the Sun’s as seen from Earth, and the orbital motion of the Moon around the Earth in a plane that is inclined to the ecliptic, enables the line-up of the Sun and the Moon every 12 to 18 months. At these instances, the new Moon totally blocks the bright solar disk, thus casting a shadow band on Earth. It is during the fleeting few minutes under this shadow, that the Sun reveals its glorious corona (see Figure 1). The sudden appearance of fine wispy rays emerging from the solar surface during a total solar eclipse is direct evidence that the Sun, our closest star, has a magnetized atmosphere that refuses to remain bound to its surface. The impact of this evidence took centuries to establish. The invention of photography, spectroscopy and the discovery of the Zeeman effect were key to the realisation that these wispy rays represented traces of magnetic field lines, which together with a million degrees fully ionized atmosphere, expand at speeds reaching a few hundred km/s at Earth’s orbit, and shape the entire solar system. This expansion was named the Solar Wind by E. Parker (1958), who predicted its existence theoretically, with an in-situ confirmation in 1963 with the Mariner II spacecraft that ventured into the orbit of Mercury (Neugebauer and Snyder, 1967). In addition to the hot corona and the solar wind, daily huge bubble-shaped features, known as coronal mass ejections (or CMEs) expand from the corona at speeds often exceeding the background solar wind, with potentially detrimental effects on Earth-orbiting spacecraft. The physical processes driving the wind, heating the corona and leading to CMEs continue to elude space scientists.

The million degrees temperature, Te,  of the corona is reflected in emission from a series of Fe lines covering charge states of 9 to 13, spanning well-defined Te’s from 0.8 to 1.9 MK. The most comprehensive multi-wavelength imaging observations in this Fe series, carried out by Habbal et al (2011) during the total solar eclipse of 11th July 2010, were the first to show that the corona is dominated by two distinct temperatures: the expanding rays are at 1.3 MK (or Fe9+ – Fe10+ emission), while the large archlike structures are at 1.9 MK or Fe13+ (see Figure 2). The bi-modal distribution of coronal Te has been invariably observed at each eclipse.

Another striking feature in Figure 2, is the presence of a large prominence (pinkish hue emission in the upper right corner), enshrouded by Fe13+ (green) emission. The fact that cool prominences at 104 K co-exist with the hottest plasma (Fe13+) in the corona, is a dichotomy that was discovered during eclipse observations and remains unsolved (see Habbal et al. 2010, 2014). The first observational link between prominences and CMEs was captured during the 3rd November 2013 total solar eclipses (Druckmüller et al. 2017). Shown in Figure 3, this image was the first to demonstrate how an erupting prominence forms the core of a CME (the large light-bulb shaped bubble in the bottom of the figure), while remaining tethered to the Sun.

While the properties of the sizzling solar corona and its dynamic behaviour, have been well-established by total solar eclipse observations, the underlying physical processes responsible for these properties remain unknown. These are the only observations currently available which span the first few solar radii above the solar surface in an uninterrupted manner. Despite the paucity of eclipse observing opportunities, the scientific need to continue to pursue them remains unquestionably compelling. 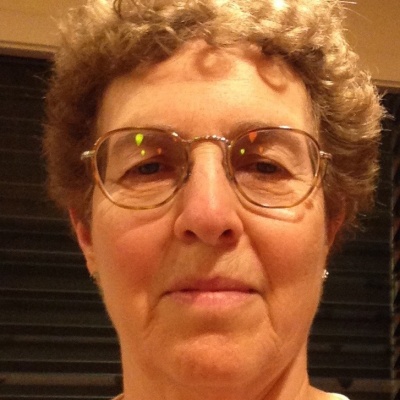