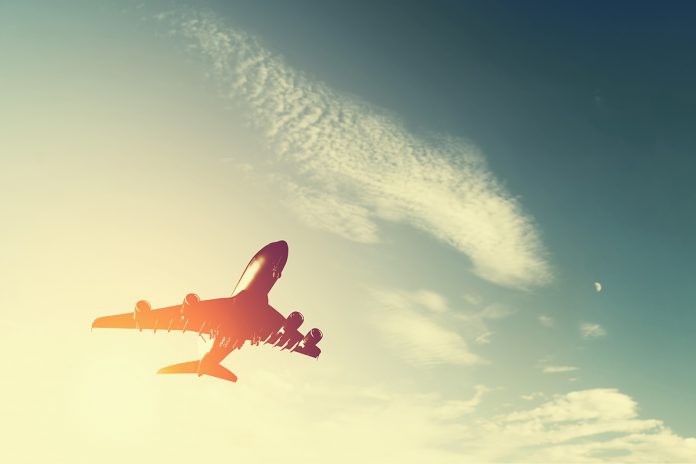 Cait Hewitt, Deputy Director of the Aviation Environment Federation looks at aviation emissions and whether we’re on course to tackle them

If the aviation sector was a country it would be seventh in a world ranking of CO2 emitters. Unchecked, its climate impact is set to triple by 2050. Technology improvements can’t keep pace with passenger growth, and while most sectors are on course to decarbonise over the coming years and decades, aircraft will remain dependent on fossil fuels for as far into the future as anyone can see.

When the Kyoto Protocol was agreed in 1997, unresolved questions about how best to allocate international aviation emissions among states led to them being left out of national targets, and the UN’s specialist aviation agency ICAO (International Civil Aviation Organization) was instead given the task of tackling the sector’s growing emissions. A decade of prevarication followed.

But in 2008 progress on the issue suddenly moved up the agenda. With the EU’s plans to bypass ICAO and incorporate all flights to and from EU airports in its Emissions Trading System, generating acrimonious retaliatory talk of widespread non-compliance and trade wars, plans for a global solution that all states could get behind finally started to get some attention.

Will carbon offsetting be effective?

In 2016 ICAO celebrated its agreement to implement a Carbon Offsetting and Reduction Scheme for International Aviation (CORSIA) beginning in 2020 and requiring any growth in aviation emissions from that year on to be ‘offset’ through the purchase of emissions units generated by CO2 cuts in other sectors. Whether or not the scheme will be effective remains to be seen, however.

At present, CORSIA is far less ambitious than the 2015 Paris Agreement – the landmark global climate deal which aims for no more than 1.5 degrees of warming and total decarbonisation of our economies. Environmental organisations successfully lobbied for the inclusion of a review mechanism in CORSIA, to allow for tougher carbon targets to be set over time, but it is not certain that these periodic opportunities will lead to improvements. Negotiations about what offset credits and activities will be eligible – whether to allow contentious forestry credits, for example – are ongoing. Also Trump’s determination to withdraw from the Paris Agreement, while not directly impacting CORSIA, casts a shadow of doubt over whether the US will continue to support the scheme.

More fundamentally, does carbon offsetting offer an effective response to the global climate challenge, as its advocates argue, or is it merely a way of putting off difficult decisions? The UK’s statutory advisory body, the Committee on Climate Change, has advised that market based measures should be seen as only a short to medium term solution for tackling aviation emissions, arguing that the sector should be preparing for deep cuts in its own emissions. Europe voted this year not to accept international offset credits for compliance with its emissions reduction targets under the Paris Agreement.

The need for domestic action

What action, then, should EU states themselves be taking to ensure that their aviation activity doesn’t undermine climate change commitments? It’s a question that is perhaps only just starting to bite. In February this year an Austrian court overruled a planned airport expansion on the basis that it would be incompatible with the country’s climate change law. The UK government is currently pursuing an expansion of Heathrow Airport, but has presented no answers on how the scheme can be compatible with the country’s Climate Change Act, despite a court ruling in 2010, the last time a third runway was on the table, that the government’s suggestion that airport expansion was somehow divorced from climate law was “untenable in law and common sense” and that it must review its plans.

While CORSIA was at one level ground-breaking – it signalled a global acceptance that aviation emissions are a problem and that policy action is needed to tackle it – critical questions about what role aviation should play in a zero carbon future remain, for the most part, even to be asked let alone answered. Does a globalised outlook make it impossible to question the continued growth in air travel? Or will the digital age allow us to find ways to stay connected without the need to travel? Are direct air connections critical for global trade, or can our future connectivity needs be met without a continued proliferation of expansion by states seeking to out-compete each other with boasts about having the biggest and best airports?

Decisions we take now can have far-reaching consequences. Airport infrastructure is seen as long-term investment, for example, and the economic case for a new Heathrow runway is based on an assessment over 60 years. But while analysis suggests that achieving the Paris Agreement will require our economies to be zero emissions by 2070, we have yet to have a public or political conversation about what that could mean for the role of flying in our economies and our lives.