Dr Carlos Ziebert, Head of IAM-AWP’s Calorimeter Center, KIT, explains how venting gases of batteries can be collected and analysed

In addition to the achievable energy density and cycling stability, the safety of lithium-ion batteries (LIB) is a decisive factor for the acceptance and market penetration of this technology as an energy storage device for stationary, but above all for mobile applications. Unfortunately, the increase in the energy density of current LIB is always accompanied by  increased reactivity and violence of the energy released and, therefore, reduced cell safety, especially because the LIB currently contain a flammable liquid electrolyte. Therefore, recently, a new accelerating rate calorimeter (ARC), the EV+ from Thermal Hazard Technology, has been acquired and installed in the Battery Calorimeter Laboratory of the Group Batteries – Calorimetry and Safety at the Institute of Applied Materials – Applied Materials Physics (IAM-AWP) of Karlsruhe Institute of Technology (KIT). This new system provides on the one hand, an integrated infrared camera system that allows recording thermal images during abuse tests on Lithium-ion batteries (LIB).

Thus, it allows KIT and others to study the temperatures of the gases that can come out of the cells when they open up. On the other hand, it allows analysing those venting gases in combination with a gas chromatography (GC) system Clarus 690 Arnel 4019 from Perkin-Elmer with three thermal conductivity detectors. This GC system is jointly operated by two groups from two other IAM institutes, namely the Institute for Applied Materials – Materials Science and Engineering (IAM-WK) and the Institute for Applied Materials – Energy Storage Systems (IAM-ESS) and was partly funded by the Strategy Funds of the Helmholtz Programme Storage and Cross-Linked Infrastructures.

In the ARCs self-heating, thermal stability and thermal runaway of LIB are characterised and the critical parameters and thresholds for their safe operation are determined. Important parameters here are the onset temperature, the increase in internal pressure, the amount of heat released during thermal runaway and, last but not least, the released gas volume and the qualitative and quantitative composition of the emitted gases. These gases are mainly produced by the electrolyte, which is liquid and flammable in the current cells. Due to the chemical content of the LIB, explosive or toxic gases can be released that represent a potential hazard due to their rapid and widespread distribution.

Typically cylindrical cells and prismatic hard case cells provide so-called safety vents, which are predetermined breaking points that allow releasing the overpressure that is induced by the gas formed due to an abuse of the cell, such as overheating or over-charging. Pouch cells, in contrast, tend to open at any weakest point of their welding seeds. This can be close to the current collectors, but this point is not as well-defined as for the two other cell types. To collect the gases during the venting of the cell, an abuse test is performed in the ARC inside a pressure-tight cylinder. This cylinder is connected via a small capillary to a gas mouse. When the cells vent, the gases are collected in the gas mouse. Directly after the test, the gas mouse is brought to the GC system. Then the gas is released via a gas feeding system into the inlet of the GC and is analysed both qualitatively and quantitatively using the three thermal conductivity detectors (TCD). If unknown components are found, they can be further inspected using a mass spectrometer, which is also combined with the GC system.

This new facility consisting of the ARC and the GC system plays an important role in the project AnaLiBa (Analytics of Lithium-Ion-Batteries) that is funded with about €1.3 million by the German Federal Ministry of Education and Research (BMBF) in the framework of the competence cluster analytics/ quality assurance (AQua). It began on the 1st January 2021 and runs for three years. The project is coordinated by the Fraunhofer Institute for Chemical Technology  (ICT) in Pfinztal, and the second partner is the Centre for Solar Energy and Hydrogen Research Baden-Württemberg (ZSW) in Ulm. The main aim of the AnaLiBa project is the joint method development of a standardised sample handling process for the gas analysis of large cells. This encompasses, firstly, the described method with the cylinder, and secondly, the introduction of a capillary into the cell and, thirdly, a direct coupling of the ARC and an online mass spectrometer. Knowledge of the gas composition under the various cell abuse scenarios reveal the relevant decomposition paths and gives an idea, which protective measures are necessary, for example, to delay or prevent the cell fire caused by the ignition of vent gases or thermal runaway.

In the project, both different cell formats, different cell capacities and different areas of application (high-energy/high-performance cell) will be compared. In addition to the abuse situations, the analysis of the chemical components arising in the cells during cycling/ageing or storage will be carried out to elucidate the chemical processes taking place in the cells. Through the use of suitable analytical methods — which are to be optimised in the AnaLiBa project — cell safety mechanisms, their changes as the cell ages, but also the influence of errors in production can be identified. All these studies serve both the mission of the AQua cluster and the innovation pipeline of the Federal Ministry of Education and Research (BMBF) umbrella concept for the German battery research factory. 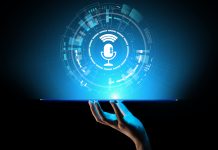 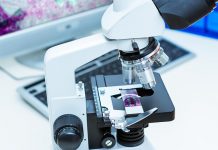 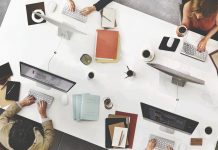