Home Open Access News Environment News How do the sun and moon affect the behaviour of wildlife? 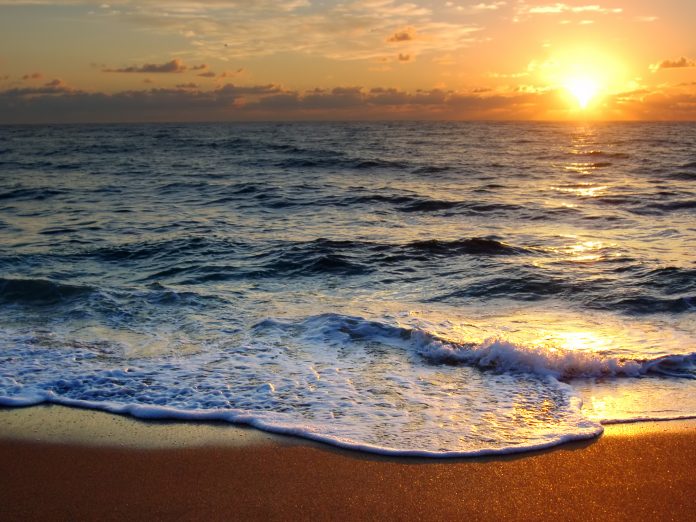 A study has shown that the gravitational action of the sun and the moon influences the behaviour of animals and plants, analysing seed germination in cycles regulated by tides

The gravitational tides created by the orbital mechanics of the Sun-Earth-Moon system have effects on the rhythms of biological organisms.

Research conducted at the University of Campinas in Brazil was driven by observations of fluctuations in autoluminescence caused by seed germination in cycles regulated by gravitational tides. The study is published in the Journal of Experimental Botany.

Cristiano de Mello Gallep at the University of Campinas (UNICAMP) said: “All matter on Earth, both live and inert, experiences the effects of the gravitational forces of the Sun and Moon expressed in the form of tides. The periodic oscillations exhibit two daily cycles and are modulated monthly and annually by the motions of these two celestial bodies.

“All organisms on the planet have evolved in this context. What we sought to show in the article is that gravitational tides are a perceptible and potent force that has always shaped the rhythmic activities of these organisms.”

The study is a meta-analysis of the data from three previously published cases in which gravitational causality was not fully explored. These cases included: the swimming activity of isopods, small shell-less crustaceans whose appearance on Earth dates from at least 300 million years ago; reproductive effort in coral; and growth modulation in sunflower seedlings inferred from autoluminescence.

Rhythmic patterns displayed by organisms have been widely studied, including circadian rhythms, which are linked to the day-night or light-dark cycle. Nevertheless, some rhythmic cycles are continued even when the factor light is isolated, such as when under laboratory conditions, and the contributions of other environmental factors have been investigated.

The Sun and Moon do not solely cause large-scale tidal fluctuations in oceans, rivers, and lakes, but also move the tectonic plates. Gravitational cycles do not only affect the simplest organisms but have been found to affect humans and more.

For instance, humans kept in the dark tend to establish a cyclical fluctuation lasting 24.4-24.8 hours, demonstrating a harmony with the lunar cycle, this cycle has also been noted in people who spend long periods in caves.

The cycle forms the alternation of sleep and wakefulness, mealtimes, and other metabolic functions.

The Large Hadron Collider (LHC) – operated by the European Organization for Nuclear Research (CERN) – with a circumference of 27 kilometres, is vertically displaced by 1 millimetre by gravitational fluctuation, therefore scientists must adjust their experimental calculations accordingly.

Gallep first noticed these periodicities in experiments involving the autoluminescence associated with seed germination, said: “I observed that changes in the signal collected appeared every 12 or 24 hours, but differed in each germination test. When I looked for support in the literature, I found studies pointing to a possible correlation with gravitational tides.

“We explored this phenomenon in subsequent tests on various types of seed, and also added results obtained in the laboratory by collaborators in Prague, Czech Republic, in Leiden, Netherlands, and in Hamamatsu, Japan.”

Tidal forces are based on the gravitational attractive force

However, the effects have been comparatively weak in many cases. For instance, in the study, the persistence of tidal cycles in the behavioural patterns of coastal organisms such as crustaceans, if removed from their natural habitats.

Gallep added: “The data shows that in the absence of other rhythmic influences such as lighting or temperature, local gravitational tides are sufficient to organize the cyclical behaviour of these organisms.

“This evidence questions the validity of so-called free-run experiments, in which several environmental factors are controlled but gravitational oscillations are not taken into consideration. These oscillations continue to exist and may modulate the behaviour of living organisms.

“These animals modulate their behaviour in tune with the ebb and flow of the tides, in a cycle of approximately 12.4 hours that derives from lunisolar dynamics, even when they’re moved to a laboratory with stable and controlled aquatic conditions. The pattern persists for several days, matching lunisolar tidal timing at the site where the organisms were collected in nature.”