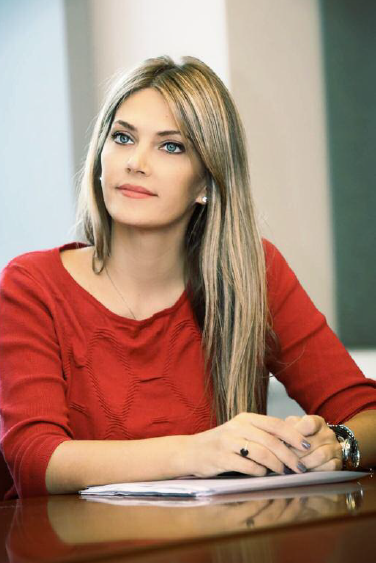 Eva Kaili, MEP, Rapporteur of the European Parliament of the Blockchain Resolution explains the importance of building the European Union’s global leadership where
blockchain technology is concerned

Opening space for a new technology, like blockchain, in the political and regulatory
level, is a challenging task. It looks like a political entrepreneurship endeavour. Governmental organisations always have their own priorities and their immediate needs to cover. Short-termism is the “by default” condition. Creating demand for political and regulatory engagement around a forward-looking and potentially disruptive technology is not always easy. Especially when this technology is in the middle of a hype, challenges the existing value chains and is depicted by many legacy institutions as barely legal or even a tool for scammers.

Having obtained the permission to write the Blockchain Resolution of the European Parliament the first priority was to start educating people that blockchain is a general purpose technology. Blockchain in not just about crypto-assets. It is an enabling technology that can be used in a wide range of sectors, including energy, supply chain management, education, creative industries, the financial sector, healthcare, transportation etc. The great achievement of the Blockchain Resolution is that depicts it as an infrastructure based on which we can develop smarter institutions, a more efficient public sector that increases the value to the citizens, and a solid foundation for the Internet of things (IoT) applications.

Of course, crypto-assets is a distinct enabling technology we cannot ignore. The difference between a crypto – currency and an initial coin offering (ICO) is that the first has not a counterpart, whereas the second has. Regarding cryptocurrencies, Bitcoin, Ethercoin (ETC) and so on and so forth, these provide us with an indicator for the evolution of money. The concept of money has changed many times in the course of history. We are in a time of change once again. Eventually, we will be in need to have money that can be encoded in a smart contract. Cryptocurrencies can help in this direction. A “Crypto-Euro” is a case we should explore soon. On the other hand, ICOs proved that they are instruments that can mobilise idle capital in high-risk start-up projects. We touched on the issue during the negotiations of the Crowdfunding Platforms Regulation and we asked both the European Commission and The European Securities and Markets Authority (ESMA) to propose a framework that enables ICOs within a secure and legally-certain environment.

Another great challenge we stressed in the Blockchain Resolution of the European Parliament is about the development of an ecosystem that will support distributed ledger technology (DLT) in general. This challenge includes the problems of cybersecurity, data protection, energy waste problems, as well as issues about the interoperability of the ledgers, self-sovereignty and digital identity issues, and problems related to the legal enforceability of smart contracts. Especially in the space of smart contracts, the challenges are as great as their potential. Good governance methods and best practices can be explored through the thorough examination of use-cases and the development of blockchain application in the protected environment of regulatory sandboxes.

The European Commission has already built impressively on the mandate it took from the European Parliament. There are already four use-cases in place under the supervision of the Commission. There is also a hackathon of blockchain-based applications for social good that interested parties can apply for until April 2019. Use cases are the elements we need in order to promote blockchain technology and create certainty and confidence around it. Confidence building does not come from the regulation of the technology per se. It comes from the regulation of its uses. This is the regulatory concept of “technology neutrality”. The other regulatory concept we used is the “business model neutrality”. By this principle, we signify that the regulator does not favour any business model over another. If blockchain applications can disrupt existing value chains and replace them with brand new ones, then let it be so.

The most important thing tough is to signify that blockchain is a technological space that the European Union (EU) can become a global leader in. Perhaps this is the reason why all the political parties of the EU voted in favour of the resolution, something, which is a one-in-the-decade event in the Brussels politics. The European Commission is ready to move things forward fast and propose frameworks and initiatives that will strengthen the EU’s global competitive advantage in both standards-setting and ecosystem development.
In this vein, we made sure that significant amounts of money will be dedicated to blockchain through the grants of the new Multiannual Financial Framework (MFF). Similarly, the European Investment Bank (EIB) and the European Investment Fund (EIF) will finance blockchain applications and research, either independently or within the framework of the European Fund for Strategic Investments (EFSI) and the InvestEU Programme.

It is apparent that the EU invests and opens up opportunities. It is now the decision of the European citizens, both start-ups, major firms, universities, research institutions and governmental organisations to start taking the risks of experimentation and develop commercial and non-commercial blockchain empowered solutions. Making the EU a global leader in the field, is essentially a bottom-up function and the success of the blockchain experiment can be copied to other technologies, that are even more complex, like artificial intelligence (AI), neuroscience and quantum computing.