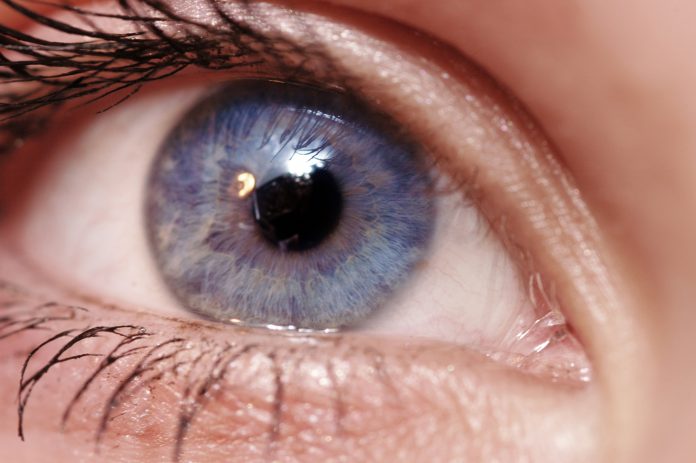 Scientists reveal that a genetic mutation, happening around 10,000 years ago, led to the repression of melanin for humans with blue eyes

This theory finds that every human with blue eyes today can be traces back to one ancestor with one genetic mutation.

“Originally, we all had brown eyes,” said Professor Hans Eiberg from the Department of Cellular and Molecular Medicine from the University of Copenhagen.

“But a genetic mutation affecting the OCA2 gene in our chromosomes resulted in the creation of a ‘switch,’ which literally ‘turned off’ the ability to produce brown eyes”.

According to the team, only 8-10% of people have blue eyes. The human eye colour is a quantitative trait displaying multifactorial inheritance, so eye colour is determined by the amount of a single type of pigment (called melanin) in the iris of the eye.

The genetic switch, that took place next to the OCA2 gene, limits the production of melanin in the iris – limiting or diluting the eyes from brown to blue. This switch doesn’t turn off the gene entirely, but just continues to limit genetic action.

If the OCA2 gene had been completely destroyed or turned off, human beings would be without melanin in their hair, eyes or skin colour – a condition known as albinism.

Blue eyes can be temporary in childhood

Since the human eye does not have its full, adult amount of pigment at birth, children can grow up and shift tones. Because of this change, many babies have blue eyes – but their eye colour changes as the eye develops during early childhood and more melanin is produced in the iris.

“From this we can conclude that all blue-eyed individuals are linked to the same ancestor,” said Professor Eiberg.

“They have all inherited the same switch at exactly the same spot in their DNA. Nature is constantly shuffling the human genome, creating a genetic cocktail of human chromosomes and trying out different changes as it does so.”