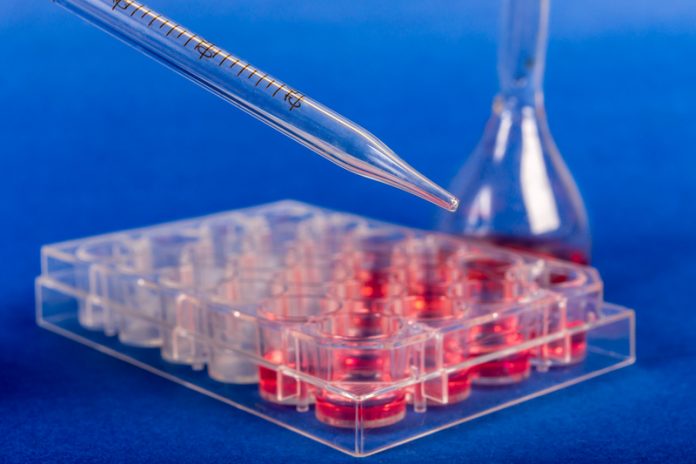 Stem cell research can play an integral role in developing new treatments and therapies for major healthcare challenges, such as cancer. It is still considered a relatively new area with high potential.

Editor Laura Evans spoke to Adrian Heuss, Head of Knowledge Transfer for NRP 63, to find out why stem cell research is so interesting and how the programme offers this much needed boost.

“Stem cell research is interesting because it is not just about one specific illness,” explains Heuss. “There are a number of different illnesses that you can look at, including: cancer, diabetes, and Parkinson’s.”

Stem cell research can benefit a number of different areas, even for muscle regeneration or repairing the retina. “There are so many different projects going on, not just in Switzerland, but worldwide.”

Connected to stem cell research is regenerative medicine, which can be defined as the ‘process of replacing, engineering or regenerating human cells, tissues or organs to restore or establish normal function’.

“Regenerative medicine could in theory be used for more or less all diseases where cells die off or are damaged,” says Heuss.

For example, one NRP 63 research team worked on diabetes, they found a way to develop new insulin producing cells. Another team worked on an ear project: they developed a new material that can be used to reconstruct ears for patients who have lost theirs in an accident or whose ear didn’t grow or form properly when they were born.

At the moment the standard technique for these patients is to use cartilage from other parts of the body, but what they have developed is a new material which has more or less the same stability as natural cartilage. “This new material could be used for any part of the body where the cartilage is damaged,” says Heuss.

The NRP 63’s intention was to boost basic research on stem cells and regenerative medicine, as well as encouraging top scientists with an excellent track record in development and cell biology to engage in this field.

“The NRP 63 increased the visibility of Swiss research in the international arena”, explains Heuss. “Most projects were basic research, but several groups are already in touch with biotech and pharmaceutical companies that are interested in utilising their results for the good of patients in the future. This, I think, is really interesting and worth the money.”

Over a 5 year period, the SNSF dedicated 10 million Swiss francs. Between 2010 and 2015 12 research groups based in Basel, Berne, Geneva, Lausanne and Zurich investigated new approaches to the treatment of various diseases.

“In order to further boost research in this area, the programme also focused on young scientists. In Switzerland, research in molecular biology is well established, but the stem cell part could do better.”

The idea behind the NRP 63 was to encourage more experts into the stem cell field.” Heuss says.

“For a long time, everyone believed that there are no real stem cells in the brain. They believed that you had a definite number of nerve cells from birth, and with age, they decreased in number. In the last 10 or 15 years, we have realised that this is not true and how much actually is regenerated – there are stem cells in the brain that make new nerve cells,” says Heuss.

Researchers are now looking at ways to boost those cells in the brain, for example using substances to make the stem cells in the brain produce new nerve cells. This would really help with illnesses such as Parkinson’s or multiple sclerosis – diseases where the cells die off. The good thing about this would be that these new cells are your own cells and they wouldn’t be transplanted from someone else. “It is always problematic if you transplant cells, as there’s the question of whether they are accepted,” Heuss adds.

As with any research, regenerative medicine comes with its own challenges. Heuss explains that one of the main issues when working with stem cells is the development of tumours.

“Stem cells in their natural environment are tightly controlled by different signals – they are in a niche and the niche will make sure that these cells only produce new cells when they have to. If you take these cells out of their niche and transplant them into another patient then the surrounding is different, the signals to control their growth change, and then you could get tumours.