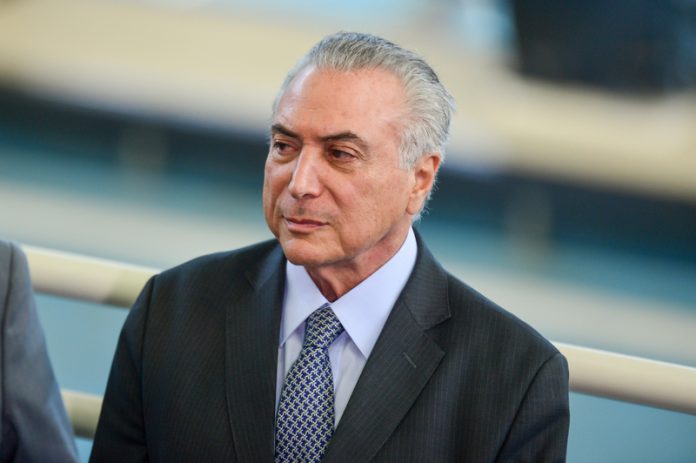 Brazil has given the go ahead for rainforest mining in a large national reserve in the Amazon ‘ the size of Denmark’, said to be rich in gold

The Brazillian government has given up a large area of the rainforest, formerly a national reserve, allowing mining companies to excavate the area for gold and other valuable minerals.

The 46,000 sq km National Reserve of Copper and Associates (Renca), which is larger than Denmark, was made a national reserve under the military government of 1984.

A third of the area will be open to mining, and companies say local indigenous populations and protected flora and fauna will be unaffected.

Environmental activists and opposition politicians have spoken out against the move, with Brazillian Senator Randolfe Rodrigues calling it “the biggest attack on the Amazon of the last 50 years.”

President Michel Temer has claimed that the move is essential for boosting the economy and providing jobs.

The country is facing an economic crisis, and Temer hopes that opening the reserve to mining industries will attract investors.

The Amazon Rainforest has been referred to as the ‘lungs’ of planet Earth and faces multiple threats of deforestation.

The meat industry alone is responsible for 70% of deforestation, clearing the land for cattle grazing.

The WWF lists additional threats of mining, including the pollution produced and damage to indigenous lands

They have now warned that mining in the area could lead to war between indigenous tribes, saying:”Gold rush in the region could create irreversible damage to these cultures”.

“Gold rush in the region could create irreversible damage to these cultures”.”If the government insisted on opening up these areas for mining without discussing environmental safeguards it will have to deal with an international outcry.”

“If the government insisted on opening up these areas for mining without discussing environmental safeguards it will have to deal with an international outcry.”

A month ago they warned that such a move would lead to “demographic explosion, deforestation, the destruction of water resources, the loss of biodiversity and the creation of land conflict”.

They say that the main area of interest for miners is in the Biological Reserve of Maicuru, one of the areas the government says will be protected.

Rainforest mining can lead to large amounts of cyanide in the soil, which is used to separate gold, as well as deforestation for building roads.

It has also been known to affect animal populations, especially fish, due to sediment deposits in rivers.