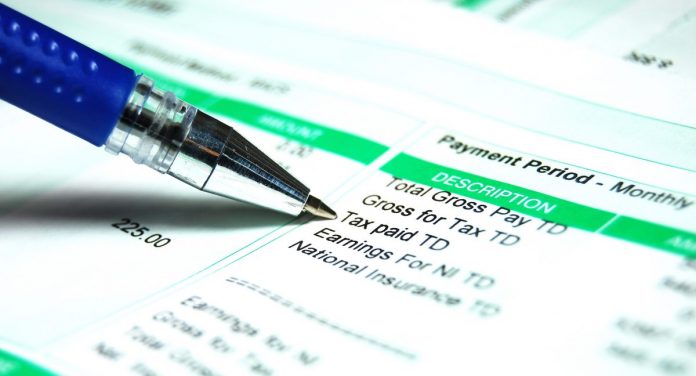 New research has revealed that almost all British workers are taking home less money in real terms than in 2001, with men and young people feeling the toughest pinch

Figures from the Institute for Fiscal Studies (IFS) have revealed that wages were one per cent lower in the third quarter of 2014 than in the same period 13 years ago. This is after taking inflation into account.

The research also found that men and young people have been hit the hardest by the squeeze of wages that followed the 2008 financial crisis.

One of the authors of the report, Jonathan Cribb, explained that “almost all groups have seen real wages fall since the recession.”

Women have reportedly come out on top, however, as they are more likely to be in public sector jobs. Wages here fell at a slower rate during the downturn, with women’s average hourly pay falling by 2.5 per cent in real terms between 2008 and 2014. Comparatively, the IFS research found that men’s wages fell by 7.3 per cent.

The IFS said: “Private sector workers have so far experienced larger earnings falls than public sector workers, largely because of the period between the onset of recession and the beginning of the current period of public sector pay restraint in 2011.

Furthermore, young people have also suffered, and the IFS reported that “between 2008 and 2014, there is a clear pattern across the age spectrum, with larger falls in earnings at younger ages.” In fact, the earnings of 22- to 29-year-olds fell by 10.6 per cent during 2009-11. Comparatively, this figure stood at seven per cent for older age groups.

Over the last few years the government has managed to get a record number of Britons in employment, however, the research shows that the average worker is earning less money than before 2008.

“Only Labour has a plan to tackle low pay and to earn our way to rising living standards for all.”

But the latest official figures show that there has been an increase in pay in recent months, with average weekly earnings rising at an annual rate of 1.7 per cent. Incomes are expected to continue to increase over the next 12 months, as inflation is expected to fall below zero before the General Election.

A spokesperson for the Treasury said: “We understand that the impact of the great recession is still being felt and so we’ve cut income tax for 26 million people, frozen fuel duty and frozen council tax.

“But the job is not done, which is why we must go on working through the plan that is securing a better future across the country.”

Frances O’Grady, the general secretary of the Trade Union Congress, said the wages squeeze is the longest fall in living standards since the Victorian era and called on the government to do more than rely on low inflation to boost salaries.

She said: “We need much stronger wage settlements and more investment in high skilled jobs and a high productivity economy.”

IFS also noted that top earners have also suffered larger wage cuts than lower-paid employees, which has helped to narrow the gap in wage inequality slightly.

Chief Executive of the Resolution Foundation Gavin Kelly said: “The UK’s six-year pay squeeze has been felt relatively evenly across the income distribution.

“The lowest-paid have been partly protected by the minimum wage which fell by a smaller amount than wages further up the earnings scale, which helps to explain the fall in inequality.”