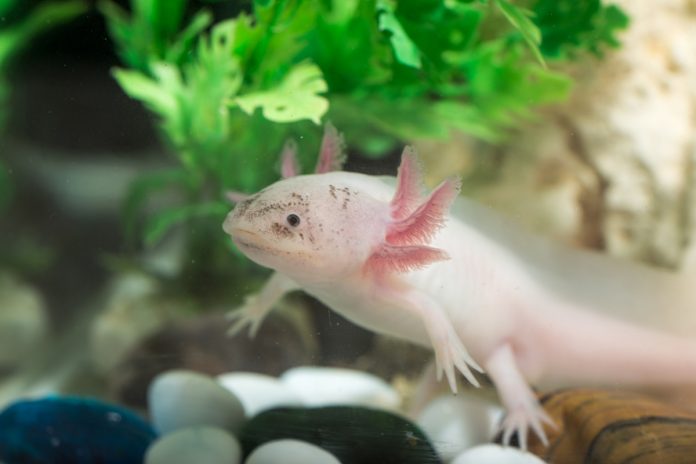 The fundamental goal of regenerative medicine is to be able to regenerate complex tissues of the human body that have been damaged by trauma or chronic disease. How amazing it would be if we could regenerate cardiomyocytes in the heart that have died because of a heart attack, or replace neurons that have died after a stroke.

The discovery of stem cells in many tissue in the body provided great hope for regenerative medicine because it became possible to isolate them, increase their number in the culture dish and then graft them back to a site of damage. The hope was that they would engraft and differentiate into the damage tissue and thus repair the damage. However, this strategy has had very little success because it turns out that the number of cells that successfully engraft is vanishingly low.

Another contemporary approach to regenerative medicine is to create biological scaffolds, which mimic the composition and biophysical properties of the extracellular matrix in the hope that this might encourage endogenous stem cells to migrate into the scaffold and differentiate there. This is an approach which has particularly been used in attempts to regenerate severely damaged muscle, but again with very little success.

The third strategy is to study those organisms which can already regenerate organs and complex tissues and discover how they do it. This knowledge can then be used for stimulating endogenous regenerative processes in humans. Lower vertebrates, notably fish such as zebrafish and newts and salamanders, such as the axolotl have prodigious powers of regeneration. Axolotls and newts can regenerate virtually everything – forebrain, midbrain, peripheral nerves, spinal cord, heart, lower jaw, retina, lens, gut, tail, skin and whole limbs to mention but a few. This is one model organism that we study in my lab.

The regenerating limb has been a subject of fascination since 1769 when the first treatise was published on limb and tail regeneration by Spallanzani. Today we are still trying to find out how this remarkable process occurs. We know that after amputation of the limb the epidermal cells rapidly migrate over the cut surface to heal the wound and then pile up to form a structure called an apical cap which becomes a signalling centre (fig. 2, centre panel). The mesodermal cells of the tissue which have been cut through by amputation undergo a process known as dedifferentiation whereby they lose their differentiated genetic programme, e.g. the synthesis of actin and myosin in muscle cells or collagens in the cartilage and instead become embryonic-like – the nuclei enlarge and cell division begins.

There are also some stem cells which contribute to this process e.g. the satellite cells of the muscle and together they create a mass of proliferating cells at the amputation site called a blastema (fig. 2). The blastema proliferates and elongates under the influence of the nerve supply and under the control of the apical cap and gradually the lost tissue re differentiates in a proximal to distal sequence, to replace perfectly all the amputated structures. (fig. 2).

In collaboration with a colleague, Dr James Monaghan at Northeastern University in Boston, we are identifying the signalling pathways that the apical cap uses to guide the regeneration of the blastema. Does regeneration use the same signalling pathways that the limb used to develop in the first place? Typical limb developmental pathways include the sonic hedgehog pathway, the Wnt pathway, the retinoic acid pathway and in a recently performed microarray experiment we have identified a new pathway involving insulin-like growth factor.

In our joint National Science Foundation project grant, we are concentrating on the IGF and the RA pathways. With regards to RA, several years ago I found that if the regenerating limb is treated with RA (this is the active form of vitamin A) then instead of regenerating exactly what was removed as happens normally (e.g. fig. 2) extra limb segments are regenerated (fig. 3). This shows the regeneration of a complete limb from an amputation plane through the hand.

The cellular property which is being altered here is known as positional information and this normally ensures that the regenerated limb is perfectly in harmony with the stump. Being able to generate extra tissue on the limb at will with RA allows us to investigate the molecular nature of positional information. We know that after RA treatment there are several hundreds of genes that are up- and down-regulated and identifying which are the ones involved in positional information is the crucial question.

To help cut down on the number of targets we are using so called retinoic acid receptor selective agonists which are synthetic compounds which activate only a sub-set of the genes that RA does. In this way, we will home in on the positional controlling genes which are thought to be cell surface molecules. The identification of cell surface targets of RA would be very exciting for our understanding of how cells measure and respond to local differences in position.

We are also studying a pathway which is unique to regeneration and not present in the developing limb. This is the neurotrophic pathway. It was discovered as long ago as 1823 by a British naval surgeon while in Naples harbour, that if the nerves supplying the limb are cut or crushed (the limb is denervated) then after amputation the limb does not regenerate. It was proposed by Marcus Singer in the 1940’s that the nerves supplied a neurotropic factor which permitted the cells of the regenerate to proliferate, but since that time the nature of the neurotrophic factor has remained elusive although there have been several candidate factors proposed.

James Monaghan has now identified neuregulin as the neurotrophic factor since it is present in the nerves supplying the limb, it disappears after denervation and the denervated limb can be rescued from failed regeneration by being supplied with neuregulin on an implanted bead. Further work is being conducted on the role of the cells which surround the nerves, namely Schwann cells, in transmitting the neuregulin signal from the nerve to the blastemal cells and well as the nature of the interaction between neuregulin and the apical cap.

There are many features of the regenerating limb we are studying which will vital for the extrapolation these findings from axolotls to mammals. Firstly, the blastema is a crucial structure for regeneration which allows a complex tissue such as a limb consisting of many different tissue types to regenerate as a coordinated whole. The production of a blastema will be an important first step in the induction of mammalian tissues and organs.

Secondly, mammals will not be able to regenerate complex tissues unless they can measure and assess positional information and identifying the molecular basis of this phenomenon will provide a leap forward in inducing regenerative processes.

Thirdly, it is very possible that mammals cannot regenerate complex structures, because they cannot proliferate in a controlled manner (too much proliferation leads to tumour formation) in response to damage and understanding how neuregulin acts and whether there are insufficient levels in mammalian tissues will also make great inroads into our ability to induce human tissue and organ regeneration. If this turns out to ultimately be successful then we will have the lowly axolotl to thank for many significant insights.