The role of energy in powering our economy is as strong as ever, however, we now live by an increasing set of standards in delivering a low-carbon economy, resulting in smaller carbon footprints and less damage to the environment.

We often talk about how much energy we use, but less thought goes into just how much of that goes to waste.

The planet is continuing to warm, so with government mandates in place to limit dangerous greenhouse gasses, we now need to change the ways in which we work in order to hit universal targets.

Just one of the ways that engineering and energy have teamed up to help out this respect, is to forge a new form of manufacturing supply – Combined Heat and Power (CHP).

Imagine that as a manufacturer, you were able to reuse the vast amount of energy that is utilised during the production process. It is fair to say that the vast majority of heat and electricity generated from gas-fired power plants goes to waste due to the process, with just over 70% of all energy produced by humanity going to waste.

And as a result of this, businesses across the UK are paying approximately £60 million a year for wasted energy, so it’s important for all sectors to make significant cost and sustainability upgrades to their energy efficiency and operations.

Now, new technology applied to CHP harnesses the energy, allowing manufacturers to reimplement the heat source into a number of their usual processes.

We’ve seen this first hand ourselves, with a prominent Merseyside automotive manufacturer just one of the latest businesses to take on this innovative venture; crucially, with no capital expenditure on their part.

Through a self-contained carbon-neutral plant, CHP allows reconfigured power to be charged to a manufacturing company at a rate that is much cheaper than grid power. And at a time when operational stability is at the forefront of concerns, it’s a vital foothold for UK manufacturers to grab on to.

A future with fewer emissions

But while the UK is slowly waking up to these kinds of benefits, Copenhagen is setting both the bar and green standards for ‘smart cities’ and is now on track to become the first carbon-neutral capital by 2025.

Leading as an example to the rest of the world and providing a much-needed sense of motivation, Copenhagen has committed to balance out their carbon emissions by funding an equivalent amount of carbon savings elsewhere.

And by utilising the power of smart technology to combat the challenges of climate change and environmental damages, Copenhagen is more than one step ahead of everyone else.

As an industry, we all need to do our bit and we are working hard to drive sustainability, reduce our carbon footprint and become much more eco-conscious.

So while this is an exciting opportunity for many manufacturers, it also one that couldn’t be timelier as manufacturing resiliency is tested across the pandemic-inflicted supply chain. 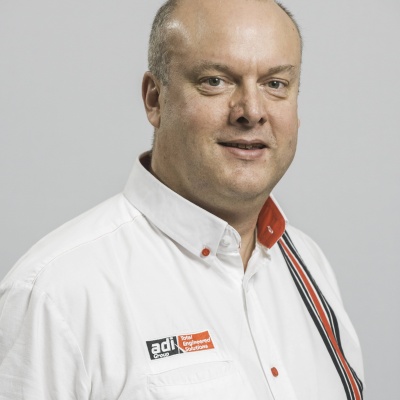