Professor Afaf El-Sagheer and Professor Tom Brown from the Department of Chemistry, Suez University and Oxford University describe their research, including the application of ‘click chemistry’ conjugation techniques to DNA

At the University of Oxford, in conjunction with Suez University, Prof Afaf El-Sagheer and Prof Tom Brown are carrying out ground-breaking research on ‘click ligation’ of modified DNA and RNA. The technique creates modified DNA and RNA constructs that are larger than those obtained by any other chemical synthetic route and is more flexible than enzyme-based methods which require very specific conditions. This technique is made possible by the design of a novel chemical (triazole) linkage, which is compatible with DNA-manipulating cellular machinery.

Today’s techniques for constructing DNA sequences use enzymes to ligate (join together) short synthetic sections of DNA, known as ‘oligonucleotides’ or ‘oligos’. Multiple ‘oligos’ can be assembled into plasmids and genes. The modified oligos are produced by the solid-phase phosphoramidite method. While the error rate in this method is fairly low – enough to create ‘oligos’ typically around 100 bases long – at around the 150 bases mark the mistakes become problematic. As a consequence, long segments of modified DNA require large numbers of short oligos that require complex biochemical techniques to assemble them.

Their premise is that longer oligos can be created from shorter oligos using chemical ligation rather than enzymatic ligation. This is noteworthy because the chemical links can’t be exact replicas of the phosphodiester linkage in natural DNA. Instead, the chemical links in these DNA replicas should be ‘biocompatible’ – that is indisting­uishable by natural enzymes from the real thing.

In 2009, they used ‘click chemistry’, a set of chemical reactions known to efficiently form bonds between molecules in a process known as ligation. They developed a variation of the ‘copper(I)-catalyzed azide-alkyne cycloaddition’ (CuAAC) for ligating oligomers. CuAAC is termed “the premier example of a click reaction” by the Nobel prize winner, Sharpless. CuAAC creates a triazole linkage – a five-membered ring made up of two carbon and three nitrogen atoms. Initial experiments showed it was possible to combine various oligomers using version of CuAAC that joins oligonucleotides via two ‘T’ nucleotides with a triazole linkage.

However, this first design has limitations: while the DNA triazole linkage is read by DNA polymerase in PCR, the process is slow and results in the deletion of one of the two nucleotides around the triazole. The T-triazole-T sequence was converted to a single ‘T’ in the PCR product. Explained differently, the linkage is not a very good mimic of the phosphodiester linkage located in natural DNA. While one base was missing, importantly for the first time the PCR process successfully amplified oligomers containing triazole-linkages.

With the promise of biocompatibility, they began to redesign similar linkages, and applied them to both DNA and RNA ligation. In 2010, they demonstrated that a redesigned triazole linkage can be used to synthesise ribozymes, a kind of cellular machine formed from RNA. In many respects, RNA is a similar molecule to DNA in that it’s a polymer made up of nucleic acids – but it does have some key differences which make long RNA chains even harder to synthesise than DNA. Vitally, RNA contains an extra hydroxyl group at the sugar, which can result in unwanted side reactions unless it is protected during deprotection and solid-phase synthesis.

As a consequence, RNA chains longer than 50 nucleotides are hard to produce in a pure state, which doesn’t come close to the length of biologically functional RNA constructs such as riboswitches and ribozymes. By using the CuAAC reaction, they could cross-link separate oligomer strands together to form RNA constructs almost 100 nucleotides in length. They made two such constructs – a hammerhead ribozyme with a triazole linkage at the active site and a hairpin ribozyme – both functioned like their natural equivalents.

The successful bio-combatable design was also used in 2019 to produce a library of sgRNAs by ligating the two parts of sgRNA oligomers using click chemistry. The advantage of using this technique is that the Cas9-binding oligomer could be produced at a large scale, meaning only the 20-base oligomer needs to be tailored, and the two halves can be ligated.

The resulting sgRNA library allowed gene-editing in cells with no unexpected off-target effects. Perhaps CRISPR will be where the triazole linkage leaves its mark on RNA chemistry.

The new adventure for them now is how to apply this technology for theraputic oligonucleotides and maybe during the journey, will discover more novel biocompatable backbone linkages. These neutral backbones might be important in the future as components of DNA as drugs.

In closing, it is worth pointing out that their triazole linkage is a unique example of a biocompatible artificial DNA linkage formed using chemical synthesis. Nearly 200 years on from Friedrich Wöhler’s synthesis of urea, the enzyme-free synthesis of long modified DNA – or at least a functional mimic of it – is now possible through click chemistry. (1) To find out more about their research, please see the reference and further reading list below.

Biocompatible artificial DNA linker that is read through by DNA polymerases and is functional in Escherichia coli Afaf H. El-Sagheer, A. Pia Sanzonea, Rachel Gaoa, Ali Tavassolia, and Tom Brown. 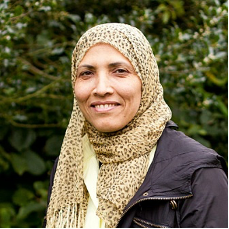 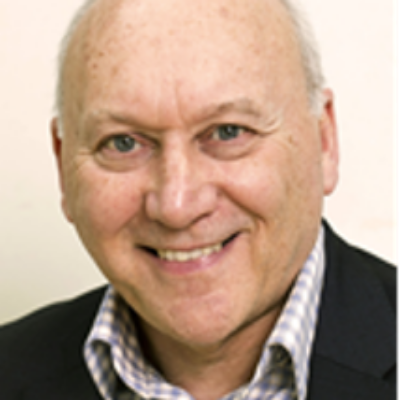