Matthew Capehorn, medical director at LighterLife, goes into detail about the common symptoms of diabetes that you might not know about, on World Diabetes Day

Diabetes is a common condition that affects approximately 5% of the adult population. In the UK there are already over 3 million people with diabetes[i] and, on current trends, this could be over 5.5 million by 2030[ii], and 438 million worldwide[iii].

With diabetes, the body has difficulty in controlling blood-sugar levels, and in the long term this can result in serious complications, including retinopathy (blindness), nephrology (kidney disease), neuropathy (nerve damage); while up to 80% of patients with diabetes could die of cardiovascular disease without adequate treatment.

There are different types of diabetes, but the two most common are type 1 and type 2, and they mainly differ in the way that insulin, the hormone that controls sugar levels, behaves.

Because there are often no symptoms involved it often makes it difficult to encourage patients to stick to management advice, whether this is diet and lifestyle change, or medications. However, not dealing with excess weight or other lifestyle factors can worsen the condition and increase the likelihood of long-term serious medical complications.

In type 1 diabetes, the pancreas, which is the organ responsible for producing insulin, is damaged and unable to produce enough of it to control the sugar in what we eat. People with type 1 diabetes are treated by giving themselves regular injections of insulin to compensate.

Type 2 diabetes is by far the most common type, accounting for up to 95% of all cases in the developed world[iv].

In type 2 diabetes, initially the pancreas produces normal amounts of insulin. However, the type of fat that is laid down around your central organs – visceral fat – makes the body resistant to this insulin, so it becomes less and less effective at controlling blood-sugar levels. This same, dangerous visceral fat can eventually damage the pancreas.

For people who have had type 2 diabetes for a long time but in whom it’s not been well managed (with either diet and lifestyle changes such as weight loss, or medication), this means they can find themselves in a similar situation to those with type 1 diabetes – needing to give themselves insulin injections.

In up to 85% of cases of type 2 diabetes it is associated with poor lifestyle, as being overweight or obese, eating an unhealthy diet, and not getting enough physical activity can increase the likelihood of having the dangerous visceral fat that leads to the insulin resistance.

Initially, and for many years, type 2 diabetes may have no noticeable symptoms at all, making it difficult to diagnose unless it’s picked up by routine health screening programmes. The diagnosis often comes as a shock. Research shows that by the time they are diagnosed, many patients may have had increasing insulin resistance for up to 10 years[v].

People believe that having diabetes means avoiding sugar. Obviously, in a body struggling to cope with blood-sugar levels, this will help, but in type 2 diabetes it’s more about reducing the dangerous visceral fat, which will often involve meaning getting down to a healthy weight.

It’s very important to remember that patients with undiagnosed type 2 diabetes may have no symptoms at all. If you have lots of the following possible symptoms of diabetes, or if you feel any are severe, then it increases the likelihood that you may have type 1 diabetes, and it certainly means you should get checked out by a healthcare professional as soon as reasonably possible. (But do remember that many of these symptoms – such as feeling thirsty, hungry or sick, having blurred vision, peeing more and so on – are common, and could equally mean something else is going on.)

Unless it is controlled weight loss as part of a diet, a sudden drop in your weight may not be a good thing. A drop of more than 5%, or unexplained weight loss in the region of half a stone per month or more for a few months, needs investigating. In the case of diabetes, it’s much more likely to be associated with type 1 diabetes. Carbohydrates in the food you eat are broken down into glucose (a type of sugar), but the lack of insulin (or, in the case of type 2 diabetes, the body’s resistance to it) results in this glucose not being taken up by the body’s cells, and ultimately it’s lost in your pee. The energy (calories) in the sugar that is peed out is one reason for weight loss, but it’s made worse by the fact that the body may then have to break down fat or even muscle for fuel, making the weight loss more noticeable.

Feeling tired all the time (or TATT for short) is a very common symptom, but could also be due to undiagnosed diabetes, as the body is not metabolising the sugars in the diet for energy in the correct way, causing chronic tiredness even when sleeping well.

The feeling of being hungry is complicated. You may be hungry for physiological reasons – when your body is telling you to eat because it’s low on fuel. However, many of us eat when we’re not really hungry – out of habit, or for comfort – and we know that people’s emotional relationship with food is a contributing factor to the growing rates of obesity in society. After your evening meal you should be full for 6-8 hours, so if you get the munchies an hour or two later in front of the television, it’s more likely to be psychological hunger. However, if your body isn’t correctly metabolising the sugars you eat and using them for fuel, you may be left feeling persistently hungry, so it’s always worth considering a diagnosis of diabetes.

It’s speculated that we as a nation in the UK generally don’t drink enough fluids, so we’re living in a state of mild chronic dehydration. On a hot day, after exercise, or after a particularly salty meal, you might feel especially thirsty – all normal and expected. However, it’s not normal to be knocking back the water all of the time and feeling like you can’t ever quench your thirst. This is a very classical symptom of diabetes, but again it’s most likely to be associated with type 1 diabetes. The reason for the thirst is complex, but it can be thought of simply as your kidneys wanting the extra fluid to flush out the excess sugar.

Needing to pass urine much more frequently, perhaps with a degree of urgency, and especially during the night, should always be investigated. It could just be as a result of having drunk too much (especially of bladder stimulants such as caffeine or alcohol). If it hurts when you pee, you could have a bladder infection, or it could mean that you have an irritable bladder that your doctor may be able to help you manage. However, it can also be a symptom of more sugar in the blood, increasing the kidney’s role to excrete it, by making us want to pee more often. Having sugar in your urine can mean other problems too, so it’s definitely worth getting it checked.

Most of the time, genital itching is caused by a yeast infection, when the fungus Candida albicans that is naturally present in your vagina grows unchecked. Most women experience it at some point, but if it’s happening regularly, it’s vital to speak to your doctor. High blood sugar levels provide the perfect conditions for vaginal yeasts to multiply, so an increase in thrush or other yeast infections can occur. Type 2 diabetes can also suppress your immune response, making thrush more likely.

A change in season, temperature or even shower gel can irritate your skin, but some conditions are closely linked to type 2 diabetes. However, some skin conditions, including acne and recurrent or persistent cysts or other infections, are associated with poor control of blood sugar levels, so they should alert you to the possibility of a diagnosis of diabetes.

Chronically high blood-glucose levels reduce your immune system’s ability to fight infection, restrict your circulation so it takes longer for blood vessels to deliver healing substances to a wound, and damage nerves so you might not be as aware that you’ve hurt yourself because of a lack of sensation. Plus, an untreated open wound can lead to further health complications – in fact, poorly controlled type 2 diabetes one the most common cause of amputation in the UK. It’s very easy to accidentally cut yourself but then not notice exactly how long it takes to heal, and yet this can be a good indicator of general cardiometabolic health

Blurred vision can be caused by damage to the lens inside your eye from high sugar levels, which can also harm the tiny blood vessels in your retina. Most routine optician checks look for damage to the those blood vessels, and if any is detected you need to book a check-up with your doctor.  Untreated, this eye damage (retinopathy) can lead to blindness, and in adults it’s actually one of the leading causes of sight loss. Unfortunately, in the same way that insulin resistance can have been present for many years before someone is diagnosed with diabetes, the vision damage may have been occuring for some time, too. Spotting the symptoms and getting early treatment can cut the risk of going blind by 95%.

The good news is that with early diagnosis and sticking to the management plan recommended by your healthcare providers – whether this is with diet and lifestyle change such as weight loss, or with medication – you can avoid most, if not all, of these nine risk factors.

But it’s always important to consider a diagnosis of diabetes, especially if you are in the two-thirds majority of the adult population in the UK who are overweight or obese.

In a bid to help people with diabetes manage their condition, wearable glucose monitors will be made available, on the NHS, to tens of thousands more people with type 1 diabetes form April 2019.

The Freestyle Libre flash glucose monitoring system reduces the need for finger-prick blood tests by using a tiny sensor which is inserted under the skin of the arm and connected to a small transmitter patch on the surface of the skin. This sensor then reads blood sugar levels from fluid just beneath the skins and transmits them wirelessly to a portable reader. 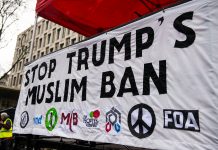 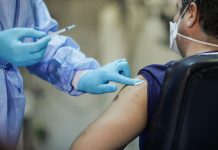 Price of COVID vaccines to rise as they become variant-ready 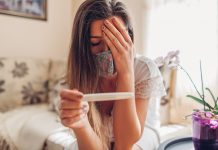 £1.1 million given for Long Covid research 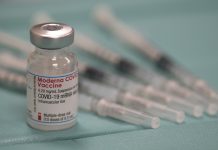 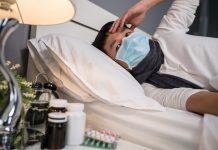