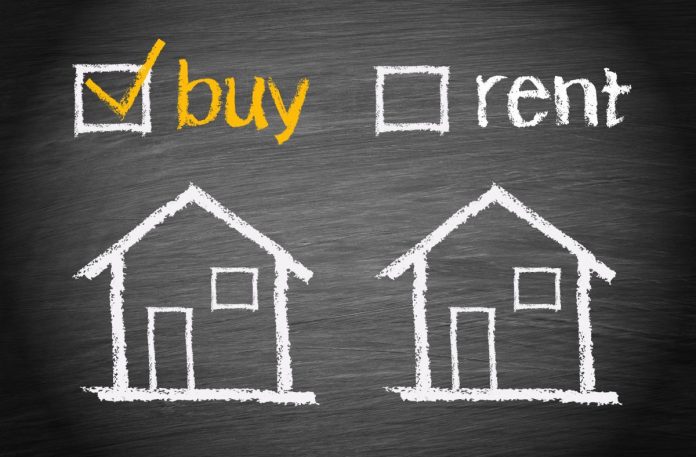 David Cameron has pledged to extend the Right to Buy scheme, which allows social housing tenants to purchase their home

The controversial Right to Buy scheme will be extended under the Conservatives. David Cameron is expected to unveil the pledge, which will allow up to 1.3 million social housing tenants to buy their home at a discounted rate.

The move has been described as an attempt to present the Conservatives as a party of working people.

Labour were quick to criticise the plan, warning that Right to Buy would cost £4.5bn and was seriously “underfunded”.

Under the current Right to Buy rules around 800,000 housing association tenants are able to buy their home at a discounted rate. The Conservatives would offer those people the same reductions as those in local authority homes. The scheme would also be extended to a further 500,000 people who currently have no purchase rights at all.

The scheme would be funded via new rules that force councils to sell properties ranked in the most expensive third of their type in the local area, once they become vacant. The Conservatives also pledged every house bought would be replaced “on a one-for-one basis” with more affordable homes. No one will be forced to leave their home.

Right to Buy has been a major sticking point for many councils. Selling off social housing properties over the years has left a deficit in the number of properties available to local authorities. In Scotland, the government is set to abolish the scheme completely, and Wales looks set to do the same.

However, the Conservatives have said 15,000 homes would be sold and replaced every year. The proceeds would cover a fund designed to help local authorities develop new projects on brownfield sites. This would, according to Cameron, enable 400,000 new homes to be built over five years, keeping “the dream of a property-owning democracy alive”.

In a speech today, Cameron will say: “My message to Britain is this: we have come this far together. Let’s not waste the past five years.

“Now is not a time to put it all at risk, but to build on the progress we have made.”

Ruth Davison, from the National Housing Federation, said it was “the wrong solution” to the UK’s housing shortage. Furthermore, she said it would impact “some of the most securely housed people in the country on the lowest rents”.

“Housing associations would have to be fully recompensed for any sale. There will be a cost to the taxpayer – at a conservative estimate £5.8bn”.

Davison also warned the scheme would threaten the business model in place for housing associations, which supplies six homes for everyone funded by the state.

Simon Parker, the director of the New Local Government Network, also commented on the scheme. He said: “Forcing councils to sell-off their highest value properties is simply bad policy.

“Money should not be taken from hard-strapped local authorities to fund a central pot to compensate housing associations for the Conservatives’ decision to introduce Right to Buy with high discounts to their tenants.

“Councils are already struggling both to house their own citizens and to make ends meet financially.

“We need to make it easier for councils and housing associations to build more affordable homes, not undermine their ability to do so through a giveaway to a relatively small number of existing social tenants.”

Alister Scott, Professor of Environmental and Spatial Planning at Birmingham City University, said the focus should be on communities, rather than making up the numbers.

He said: “Cameron is getting carried away with the pledge of 400,000 new homes being built without taking the community into consideration and the required services needed to support the creation of these homes.

“We need more homes with good infrastructure services, including green space for recreation and exercise, but also for flood protection and water quality.”

He also warned that the government’s “obsession” with growing the economy was failing to take into account the natural assets available.

“There is a danger of viewing the countryside as a place to protect, when in fact it needs economic growth and development too. The simple and populist idea of cramming development into urban areas needs to stop.

“The countryside definitely isn’t safe under the political parties but developments need clearer guidance and less of these cheap election gimmicks to ensure it’s done properly. Planning policies are currently too vague and they need to be certain that developments are being sought in the right places.”

The Right to Buy pledge comes a day after Ed Miliband said he would improve the lives of Britain’s workers, and would not pay for any policies through additional borrowing.

Nick Clegg also said if the Conservatives insist on cutting £12bn from the welfare budget the Liberal Democrats would not work with his party.

Do you think Right to Buy is a good idea or will it cause more issues than it solves? Let us know your thoughts.