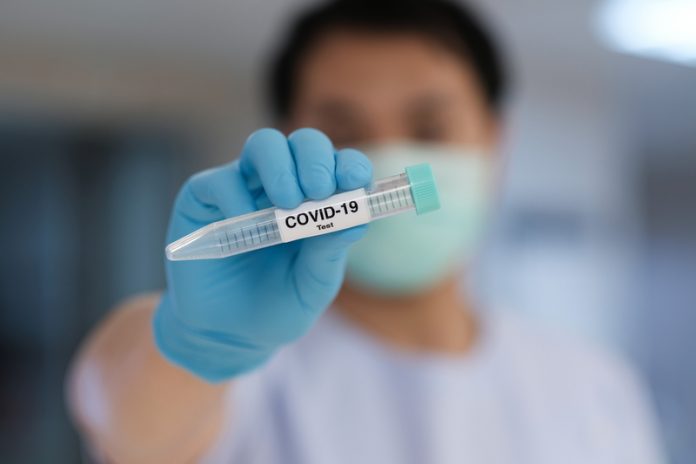 Discussing infections in light of the recent pandemic of COVID-19, Alberto Mantovani of Endocrine Disruptors Project delves in to what we can learn

The ongoing Covid-19 pandemics points out some lessons when reviewing infections and contaminants. First, and most obvious: in a globalised world, epidemic, and even pandemic, outbreaks are expected, calling for international systems of prevention, surveillance and rapid response as well as for alertness by policy makers.

Somewhat less obvious, but with far-reaching consequences: the features of an outbreak result from the interplays among the characteristics of the infectious agent, the population(s) and the environment, calling for a One Health perspective.

Silos exist, in science and in public health. Thus, one overlooked characteristic of populations and environments is their burden of pollutants, which, in its turn, is associated with such diverse factors as economy and diet. Actually, contaminant-related issues are present in the debate on Covid-19. Whereas the possible link of the viral pandemics with air pollution is still (mid-April) just a plausible hypothesis, other respiratory viruses (such as syncytial virus) have shown such an association. Besides, there is little doubt that a history of smoking is a risk factor for the Covid disease progression.

But what about widespread pollutants that give rise to body burdens in our organisms? Can toxicant exposures modulate the incidence and/or the severity of infectious surges? As several evidence suggest, yes, this may be possible.

Early case studies came from Arctic wildlife. High-level predators with abundant adipose tissue, such as polar bears, can bioaccumulate high concenntrations of fat-soluble persistent pollutantants such as polychlorinated biphenyls (PCB); this bioaccumulation is associated with depressed antibody production. In human populations with high PCB levels (e.g. U.S. Great Lakes, Inuit, FarOer), small children have increased risks of infectious illnesses and a reduced response to vaccines; the main risk factor appears to be the maternal body burden, but post-natal exposure also has a role. Developmental immunotoxicity and neurotoxicity are indeed considered among the main hazards to community health arising from PCB exposure.

Both opinions highlight that a widespread exposure of the European population occurs, mainly due to foods of animal origin (e.g., fish); the current exposure levels do raise concerns because of potential health risks. Among health risks, effects on immune function deserve a high-rank attention for either dioxins and PFOS/PFOA.

For dioxins, available human studies do not lend strong support to effects on the immune system of exposure at adolescence or adulthood. On the contrary, several human studies indicate that, during development,  adverse effects on immunoglobulin levels and/or lymphocyte subpopulations might occur at background exposure levels; however the evidence is not robust enough. Dioxins exert their toxicity by interacting with the aryl hydrocarbon receptor (ArH), a cytoplasmic receptor impinging in a number of cellular processes including the regulation of immune development (in particular in the intestine) and of inflammation. Laboratory animal  studies show that adverse immune effects are highly plausible, although these may not be the most sensitive effects at the current exposure levels in the general European population.

The case of PFOS is even more critical. This pollutant affects various structural and functional parameters in the immune system of rodents, the most sensitive one being the T-cell-dependent antibody response to immunisation. Also, human epidemiological studies suggest a causal association between PFOS exposure and impaired serum antibody response following vaccination in children. Also in this case, maternal body burden and intrauterine exposure seem to be the driving factor. In the case of PFOS, impaired antibody response after vaccination was one of the critical effects to determine the tolerable weekly intake (TWI) of 13 ng/kg bw per week. As regards PFOA, at the time of the opinion (2018) there were indications of similar effects but the evidence was less robust. However, PFOS, PFOA and other perfluoro-alkyl substances (PFAS) may modulate gene regulation via peroxisome proliferator activated receptors (PPARs); the resulting altered signalling in T-lymphocytes leads to improper regulation of immune responses. In fact, based on new studies, EFSA has issued for public consultation a draft new opinion on four PFAS (PFOS, PFOA,  PFNA, PFHxS), proposing a group TWI based on common immune effects (https://www.efsa.europa.eu/en/consultations/call/public-consultation-draft-scientific-opinion-risks-human-health).

Immune impairment may be difficult to investigate, because the adverse effects become evident upon challenge by an infectious agent or a vaccine. Nevertheless, growing evidence, in experimental and/or human studies, indicate that several widespread contaminants may reduce the organism’s response to such challenges. Examples include: the endocrine-disrupting plasticiser (and pollutant, e.g., of indoor dust) bisphenol A, that is currently under scrutiny for replacement by the European regulators; inorganic arsenic, which features among the main toxic chemical elements, exposure mainly occurring through water and cereal-based foods.

It is clearly inappropriate to take premature and sweeping conclusions. Evidence supports however, adequate attention by regulators and risk assessors toward chemicals that may impair the organism’s responses to infectious challenges. In the meanwhile, evidence warrants in-depth investigation on whether and how toxicant exposures and body burdens can modify the risk for infectious diseases.

The need for tackling public health problems posed by infectious agents through a One-Health scientific framework connecting humans, animals and environment meets increasing recognition. Within the European research strategy Horizon2020, the One Health European Joint Programme (OHEJP, https://onehealthejp.eu/). a landmark partnership between food, veterinary and medical institutions across 19 European member states, has the core mission of building-up a transdisciplinary approach to “Prevent-Detect-Respond” in regard of food-borne and emerging zoonoses and antimicrobial resistance. Robust data on the interplay between environmental toxicants and infectious agents could be a novel piece of evidence in order to further implement an up-to-date One Health perspective.