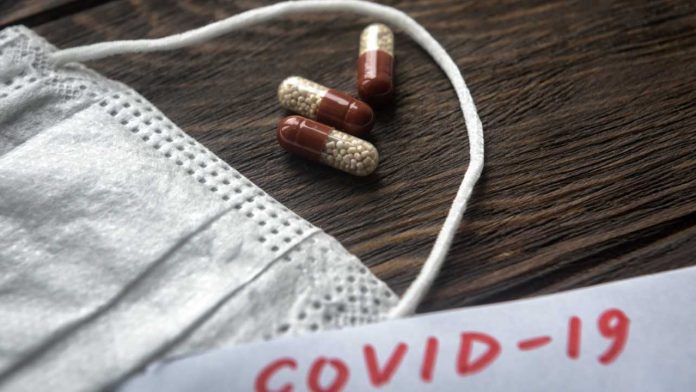 The EU drugs agency explores the impact of COVID-19 on drug markets, use and services in the European neighbourhood partnership countries

Since the beginning of 2020, the world has been experiencing an unprecedented public health emergency caused by the COVID-19 pandemic. To investigate the effects of the pandemic on, and the implications for, drug markets, use and services, the Lisbon-based European Monitoring Centre for Drugs and Drug Addiction (EMCDDA) produced a range of resources on COVID-19 and drugs during the year. Among these were two reports documenting the experiences of law-enforcement officers, health professionals and people who use drugs in the European Neighbourhood Policy (ENP) countries, published in the framework of the EMCDDA EU-funded EU4Monitoring Drugs project (see box).

These publications provide a snapshot of the state of play regarding the impact of COVID-19 on drug markets, use and services in the East and South ENP countries in the early stages of the pandemic (March–June 2020).

The expansion of contactless drug dealing in the East partnership area and the emergence of new drug trafficking routes in the South were the main issues raised by law-enforcement partners. Although health authorities had rapidly reacted to the COVID-19 crisis by adapting drug treatment protocols to ensure access to key services during the pandemic, some reduction in the availability of drug-related health services was reported in the initial stages of the pandemic, mainly in the southern partnership countries.

Drug markets — Signs of supply chain disruption were seen in the reduction in the volume and number of seizures at borders and in the increases in prices for certain types of drugs in some countries. In the East, contactless drug dealing prevailed at the retail level.

Law enforcement operations were also affected, with fewer drug law offences reported, reflecting a shift in policing priorities towards ensuring public safety. In the South, in terms of drug trafficking across the Middle East and North Africa, the most noticeable developments were linked to the emergence of new trafficking routes (e.g. in Jordan, trafficking emerged on unofficial border crossing points). Distribution in the South ENP region appeared mostly unaffected, with continued street-level drug dealing. But there were signs of an increase in the use of mobile applications for ordering drugs, in some countries, and also in darknet activity in Israel, Jordan and Palestine*.

Drug use and drug-related harms — Sources suggest that the availability of most illicit substances smuggled into the East ENP region (e.g. heroin, MDMA, amphetamines, cocaine) decreased, with cannabis use appearing to be the least affected. In the South ENP region, data on drug use remains scarce, but available information suggests that, here too, some well-established illicit drugs became less available during the emergence of COVID-19. This change is thought to have led to a reduction in the use of those drugs and appears to have resulted in greater use of licit substitutes (e.g., alcohol, sometimes adulterated; pharmaceuticals and home-made substances), frequently in combination with illicit drugs. More generally, experts from the Middle East and North Africa felt that the COVID-19 pandemic had further exacerbated long-standing economic and political challenges in the region, which have the potential to lead to increased use of psychoactive substances and higher levels of mental health problems.

Drug services — Drug-related services, in some countries, reduced their offer in the early lockdown period, restricting access for new clients, or, temporarily closing treatment facilities. At the same time, where possible, drug treatment and outreach services adapted their policies and protocols to ensure the uninterrupted provision of treatment services (e.g. offering take-home opioid substitution treatment, online or telephone consultations and mobile services for needle and syringe exchange where available).

The pandemic has shown that health services can adapt and innovate and that national authorities may need to consider how to maintain innovative approaches adapted for service provision. They will also need to ensure that practitioners and law-enforcement officers are adequately equipped and skilled to work in an environment where online communication and digital tools may start to dominate.

The global nature of the drug market calls for continued cooperation and investment in drug monitoring systems. This would help the EU and partner countries identify important new developments and design appropriate strategies to address new health and security challenges.

* This designation shall not be construed as recognition of a State of Palestine and is without prejudice to the individual positions of the Member States on this issue.