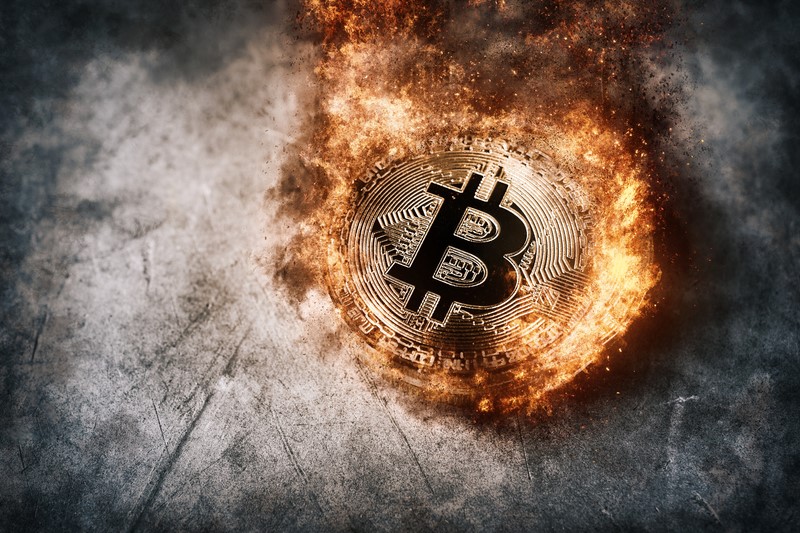 After a stunning rally at the end of last year, cryptocurrencies have lost almost two-thirds of their value. This is not necessarily bad news for the blockchain industry, says the Crypto Valley Association’s Tom Lyons

What a difference a few months make. In 2017, we experienced a rally in the value of cryptocurrencies the likes of which had rarely been seen before. Bitcoin, which began the year trading at $1,000 ended it close to $20,000. Ether, the second-largest cryptocurrency by market cap, went from just under $8 to nearly $1,300. The story was similar for many, if not a majority, of the other 1,500 or so cryptocurrencies currently in existence.

This rally meant huge windfalls for anyone lucky enough to have bought in early. For those of us who work in blockchain – the technology that makes Bitcoin and other cryptocurrencies possible – it was hard not to see the rally as a validation of what we were doing.

For example, one of the factors driving the crypto rally had been a concurrent boom in initial coin offerings, or ICOs – a way for blockchain-based projects to raise money by creating their own cryptocurrency or token on a blockchain and selling it directly to investors. In 2017, more than 300 ICOs had come to market raising some $5 billion for projects covering a vast array of use cases, from financial services, health records and supply chains to aiding refugees and combatting human trafficking.

As we popped the champagne on New Year’s Eve, we could be forgiven for interpreting the ICO boom as a public vote of confidence in this nascent industry.

Yes, there were problems – as in any endeavour involving significant sums of money, ICOs have had their share of scams and cons – but overall it seemed clear that not only the ICO model, but the basic blockchain paradigm, was working. Then overnight, it seemed, the wind changed.

Through the end of March, bitcoin had lost almost two-thirds of its value,  dropping back down to $6,000. Ether dipped to around $400. The market capitalisation of all cryptocurrencies shrank from $800 billion to just under $250 billion.

And while the ICO market continues its impressive growth, with a number of headline successes, behind the- scenes we were seeing increasing numbers of token sales failing to meet their targets, or simply failing. Among investors and others, a general sense of doubt and unease set in. What happened?

One factor has been a regulatory clampdown on ICOs in several important jurisdictions, particularly the US. That has sent a chill through the industry. You could also rationally argue that the dramatic price spikes of 2017 were simply not sustainable. As crypto naysayers have maintained, this did look like a classic bubble that was bursting.

Whatever the reason, the icy winds of the ‘crypto winter’ have been bracing. Suddenly, we could wonder if the price of bitcoin, as some had predicted, might not just fall to zero. Perhaps crypto, in general, was destined for the same fate as past bubbles like tulips or the South Sea Company – a wild speculative ride based on little of sustainable value.

Such a view, of course, is as irrationally pessimistic as the view that bitcoin would never correct was irrationally exuberant. While blockchain-based cryptocurrencies get all the headlines, as many of us have been at pains to point out, blockchain has many other important uses besides money. The price of bitcoin is therefore not a very good proxy for the overall health of the industry.

Quite the contrary, the frothy speculative phase we have just been experiencing can be taken as a sign of progress: just think of the dotcom bust of the early 2000s, which seemed like a death knell at the time but in hindsight proved to be the starting bell for the rise of the global Internet and all the wildly successful enterprises associated with it.

We can see something similar at play today. Despite the crypto bust, for instance, governments remain largely committed to blockchain technology. Here in Switzerland, the regulator recently published ICO guidelines designed to foster innovation by providing some regulatory and legal clarity for blockchain projects and the Swiss Economics minister reiterated the country’s determination to become “crypto nation”.

In Europe, the EC just started a major two-year initiative called the EU Blockchain Observatory and Forum to support this technology throughout the bloc. And even the US regulators, while taking a tough stance on crypto-speculation, have made it clear that they are keen not to squash innovation in this space.

Perhaps more importantly, all over the world development of blockchain technology and its application to a wide number of problems goes on, a sign that a major industry is indeed coming to life here.

This is important not just for business but, in my opinion, also for the world.

A technology for creating consensus on information among large groups without the need for central authorities, blockchain supports trust, fairness and transparency while also protecting privacy. With it, we can build what many are calling the Web 3.0 – an Internet in which information can be trusted and individuals can better control and protect their data.

Considering the major data and propaganda scandals we are experiencing in today’s Internet, this would be a radical – and highly necessary – improvement. It is also likely to mean big business.

As in many other locations, at the Crypto Valley Association in Switzerland, we are working hard to look beyond the cryptocurrency hype to foster the sustainable industries, as well as jobs, that will grow out of blockchain.

On this, we remain quite bullish. If we have learned anything from the bracing winds of the crypto winter it is that this work will be difficult and will likely take longer than many had originally thought. But that too, as Amara’s law reminds us, is typical of truly transformative technologies.

I, therefore, like to think of the present moment not as a crypto winter, but as more of a blockchain spring.

Even if we look at our somewhat flawed cryptocurrency bellwether, the forecast looks bright enough. As of this writing, the price of bitcoin seems to have stabilised in the $6,000-$7,000 range and ether in the $300-400 band.

A disappointment perhaps compared to the heady days of last November and December, bitcoin still returned 600% over the past 15 months. Ether, close to 5,000%.

By any measure that’s a remarkable achievement. For me, it is also a sign of rude health.

What are the benefits of workplace pensions?

Economic development: How can UK local authorities best sweat their asset base?

What are the benefits of workplace pension schemes?

The benefits of R&D for businesses post-Brexit

Spend Recovery and the opportunity of free money?

Twice2much discuss the CCS estimate of £220million in Spend Recoveries