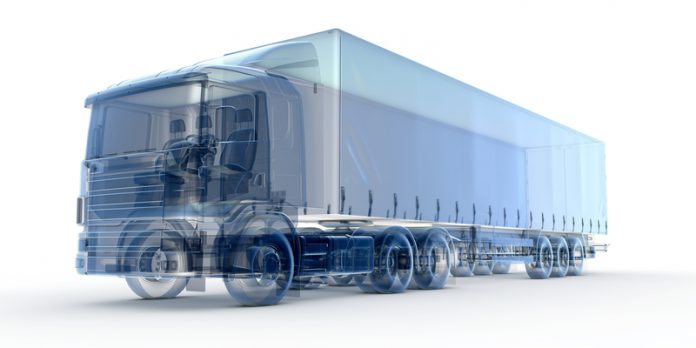 The development of transportation and information technology has advanced the interconnectedness of global markets. With this global economic integration, new trade partners, shipping and transport routes emerge. The weight of goods carried by heavy goods vehicles (HGVs) to or from the UK alone amounted to 1.63 billion tonnes between October 2014 and September 2015 (UK Department for Transport, 2016). The number of main freight units handled by major ports rose to 12.8 million units (UK Department for Transport, 2015). Similar growths in freight units are being reported by other European transport hubs.

For this reason, the Center for Adaptive Security Research and Applications (CASRA) has developed a new platform for cargo X-ray image interpretation training, called the Customs X-Ray Simulator. This test and training system was specifically designed for cargo X-ray screening officers by computer scientists, psychologists and security experts of CASRA in close collaboration with customs organisations funded by the EU 7th Framework project ACXIS.

This article explores the daily work routines of cargo X-ray screeners, identifies the challenges in the process and explains how training with the Customs X-Ray Simulator may improve the screening competency of customs officers. Besides the practical implications, the subchapters ahead also provide an inside look into the scientific research behind computer-based training, the ACXIS project and the Customs X-Ray Simulator.

Most borders and ports now use X-ray screening for unit load devices (ULDs) and containers to identify smuggled items and security threats. This technology is particularly useful as it provides an image of the shipped content without the need for physical interference. The truck is being sent through an X-ray scanner, after which the scanned image is analysed by the operator. Only if a further investigation is needed, the shipment is put aside for manual inspection. Taking the decision whether the freight carrier is clear or not is a difficult task since the inspected ULD can be rather large in scale while the prohibited items can be comparably small (e.g. pills, bricks of cocaine and (chemical) precursors to drugs). Adding to the matter of differences in scale, there are additional elements that need to be taken into consideration: The variety in texture and composition of the goods themselves, the packaging of the products, the types of vehicles used to transport the freight. Each of the following freight categories poses these unique challenges to the screening process:

Such as oil and liquefied gas

Such as agricultural products, minerals and coal

A term for roll-on, roll-off cargo which is driven on and off the vessel by a motorised vehicle

A term for lift-on, lift-off shipping containers, craned on and off the vessel

Another key aspect in the screening process is identifying whether the load matches the information on the waybill. Differences in the types of goods, as well as the amount of goods listed must be compared to the actual shipment, as inconsistencies may have an impact on the taxation.

For all these reasons, investigating cargo goods may take anywhere from minutes to a few hours. On that account, how do customs officers cope when faced with time pressure? What influences their screening performance?

Knowledge-based and image-based factors have a large impact on human detection performance (Schwaninger, Hardmeier and Hofer, 2005). Knowledge based factors relate to knowing which items are prohibited or not and/or match the waybill, what they look like in X-ray images and how they can be distinguished visually. They are especially relevant for objects that are rarely seen in everyday life and that look quite different in an X-ray image (e.g. contraband goods and Improvised Explosive Devises, so called IEDs). Image-based factors refer to characteristics of X-ray images. Objects are more difficult to recognise if depicted from an unusual viewpoint, when superimposed by other objects or if the load is heterogeneous and complex.

Adaptive, computer-based training (CBT), which contains training levels based on the user’s individual detection performance and learning progress, has shown to be very effective in strengthening X-ray image interpretation performance in cabin and hold baggage screening at airports. The abilities to cope with effects of viewpoint, superposition and image complexity are also important in cargo X-ray screening and may be taken into account when recruiting officers.

A study on the competency of cargo X-ray screeners

As an example of training evaluation in the domain of cargo X-ray screening, a study investigated whether a customised CBT can improve the X-ray image interpretation competency of cargo screeners (Michel, Mendes, de Ruiter, Koomer and Schwanninger, 2014). The X-Ray Tutor (XRT) training system, developed by CASRA, was adapted to fit the needs of cargo X-ray screening for the study. The results of the study revealed significant increases in detection performance for screeners having trained weekly using the C-XRT (a test version of the Customs X-Ray Simulator). In addition, a decrease in the average inspection time per image was revealed for the second measurement of the C-XRT group as a result of training.

As important as frequent training, is the creation of a platform where information can be shared nationwide with other customs authorities. Because of that, standardising X-ray images recorded from different models of X-ray machines is crucial.

ACXIS (Automated Comparison of X-ray images for cargo scanning) is a research project funded by the European Union, under the 7th framework Program. The aim of the project is to promote scientific research and development by combining different partners with complementary expertise for improving cargo X-ray screening.  ACXIS researchers, including CASRA, work on establishing a unified X-ray image standard. X-ray data that has been converted into a standardised format can be stored in a database which may be shared with other agencies. This manufacturer independent reference database is filled with over 30’000 X-ray scans from a large variety of containers and trucks provided by custom organisations and processed by CASRA.

ACXIS also develops Assisted Target Recognition (ATR) methods to automatically detect regular and illicit goods through dedicated algorithms. The impact of the ATR method, as well as the impact of a systematic computer-based training for cargo officers on their performance, is assessed through a validation study. Final results and publications are expected by early 2017.

Combining scientific results from the CBT studies and the algorithms used to unify X-ray images for AXCIS, CASRA has developed a training system called the Customs X-Ray Simulator. This new platform can be used for training purposes and/or evaluating the X-ray image interpretation competency of cargo customs officers by simulating operational reality.

The navigation on the software suite requires no prior knowledge. Due to the high degree of individualisation, new procedures may be integrated into test units quickly and comfortably.

The Customs X-Ray Simulator is divided into libraries, modules and series. The content manager is able to create customised image libraries by uploading their own material, e.g. X-ray images, scans of waybills and/or manually added information from the waybill. These libraries may be used to create test and training modules that can be bundled into series and assigned to certain persons or groups of personnel, with the option to allow access for a designated period of time.

For example, series A contains objects hidden between pallets in the container, whereas series B contains objects attached to the walls and the cooler of the ULD. If an increase in frequency of one of the two smuggling methods is being registered at a specific border, series A or B can be assigned to the staff of the affected checkpoint for training purposes. New cases can also be uploaded to the library and allocated to the corresponding module. The images and case specific information may be exchanged with other national customs agencies on a centralised database.

Furthermore, it is possible to create individual slides or slide blocks to launch or conclude a simulation and provide theoretical background knowledge.

During training, it is important to expose users to a broad variety of X-ray images depicting prohibited objects from different angles in order to improve their image interpretation competency and object recognition. The interface of the Customs X-Ray Simulator features a variety of supportive functions. In addition to the zoom function, the object-specific assist frame (Fig. 2) is designed to draw attention to possible smuggling goods inside the cargo. Also available to the test user is the button “Waybill”, which displays a list of additional information and/or a scanned copy of the waybill documents. Along with this, integrated are following image enhancements to mimic real-work-conditions:

When a screener correctly reports that an X-ray image contains an item that does not match the waybill and/or is prohibited, the re­sponse is counted as a hit. If an incorrect answer has been given, the response is categorised as a false alarm. The customs screening officer is presented with trial feedback after each image and a block feedback after he or she completes a training session. In the trial feedback window the photograph, X-ray image, the training time and further details of the simulated scenario can be examined.

Thanks to the administration functions, users can be monitored and managed easily. New user accounts can be swiftly imported via templates and organised in user groups. The reporting functions provide the administrator with overviews of each user’s training, test behaviour, and results. Reports may be exported for further data analysis.

X-ray images, information from the waybill, registration documents, and customised tags can be uploaded on to the shared database. The application architecture supports fully web-based clients by using HTML5 and AngularJS. The software can be used on-premises, by installing it on a server, located on the customs administration’s premises. In this case, the configuration data and the user’s results are stored on a local centralised database. This option enables the nationwide review and exchange of images and information between different customs organisations.

In the future, Customs Administrations from different nations will be able to extend their knowledge worldwide by operating on a shared database of valid, standardised, high quality images.

As shown throughout this article, scientific results have demonstrated that there is large potential for improvement in cargo X-ray screening. The use of a computer-based training, such as the Customs X-Ray Simulator, can significantly improve the detection performance of customs screening officers. Not only allows this new platform the exchange of knowledge, experiences and information relevant for successful image interpretation, but it also positively impacts the real, day-to-day work of customs officers by enhancing their visual knowledge of X-ray images.