According to the UK Government, a heat network is a distribution system of insulated pipes that takes heat from a central source and delivers it to domestic or non-domestic buildings.

The UK’s more recent ambition for low carbon heat networks has been borrowed from the Nordic vision. The cities of Malmo, Copenhagen and Helsinki have much of their heat supplied by municipally developed heat network infrastructure. This vision was shared by the UK in the 1960s, until the focus shifted to the extraction of sovereign oil and gas resources in the North Sea.

Except for Norway (who pursued an export model), the other Northern European countries did not have access to these resources, and so sought an alternative heat infrastructure model. This led to the deployment of large-scale subterranean heat networks linked back to energy from waste plants and industrial waste heat, mainly led by public investment and a supportive national policy framework aimed at benefitting consumers. For the Nordics, the aggregation of customer demand allowed for greater flexibility in meeting broader socio-economic objectives and controlling the cost of heat to all.

During the equivalent period in the UK, a national gas transmission network was constructed with the promise of cheaper fuel to businesses and residents. Consequently, the UK has arguably the world’s most evolved national gas network. The UK’s utility networks were also privatised through the end of the 20th Century bringing in fragmentation of energy generation, distribution and supply and the introduction of ‘choice’ of energy suppliers to the end customer.

The strategy in both the UK and Scandinavia was to develop heat infrastructure that supported economic growth and provided health benefits to the population – climate change was not on the political agenda.

The advent of the political response to climate change in the UK has recognised that any projections for meeting a 2°C or less global temperature rise necessitate complete decarbonisation of heat by 2050. Heat remains one of the largest sources of carbon emissions, and it is also technically challenging to decarbonise owing to the piecemeal nature of the action required.

The Nordics have realised the opportunities of their heat infrastructure, and by decarbonising their heat source for district heating networks, they were able to decarbonise the heat en masse to the buildings supplied. Although we have seen similar success achieved in the UK on electricity networks, it appears impossible to replicate in the same manner for an extensive gas network. Decarbonising the national gas grid is, at the very best, technically challenging and at worst economically unpalatable. To do so would necessitate the blending of hydrogen with natural gas, currently expected to be technically limited to 20% by 2030.

The introduction of heat networks

The UK Government has recognised that for densely populated urban areas or industrialised zones, the best route to heat decarbonisation will be through the introduction of heat networks. By linking these networks to low carbon and low-cost sources of waste heat, the system economics are significantly better than the other alternatives – large scale heat pump deployment or the hydrogen economy. There are geography-specific circumstances where this will not be true, but ultimately heat networks have a significant role to play in our route to net-zero carbon.

However, the legacy of the UK’s current energy system has prevented heat networks from developing at the pace needed. The evidence from Scandinavia is that district heating expansion requires some state influence to support strategic growth and interconnection. It requires that decisions on the network are made for the benefit of all instead of the individual’s choice. This is a fundamental challenge to a UK energy system that presents consumer choice and market economics as the route to competitive heat and power provision.

Planners in major UK cities, particularly London, have insisted on district heating being a strategic component of new development. This has led to developers looking to the market to provide solutions where the capital invested can be returned through revenue generated by heat and power sales. Apart from local Energy from Waste connection, consistently the most viable generation source for district heating has been gas-Combined Heat and Power (CHP).

However, it is revenue from electricity sales and not heat that has often underpinned this viability. Furthermore, spark spread (the factor between gas purchase price and power sales price) has risen from three to six times over the past ten years. Through electricity grid decarbonisation, the carbon benefits of gas-CHP will tip from positive to negative by around 2026. This means that we have embedded a heat network infrastructure where the economic benefits of operating gas-CHP continue to improve whilst simultaneously worsening the carbon benefits. Our patchwork of privately owned networks offers little promise of interconnection until the electricity revenue sales are matched by a cost of heat that is significantly lower from alternative low carbon heat sources.

The promise of the district heating revolution is still there, but we need to do it in a new and more enterprising way that encourages growth, interconnection and access to low-cost and low-carbon waste heat. Recent government research projects show that there is an appetite from industry to make this transition. There is room for nuance in the model and greater collaboration, utilising co-operative models and greater consumer equity. Whether in private or public ownership, heat networks still represent the most economically advantageous route to decarbonising many of our cities and towns. We should not give up on that Scandinavian vision. 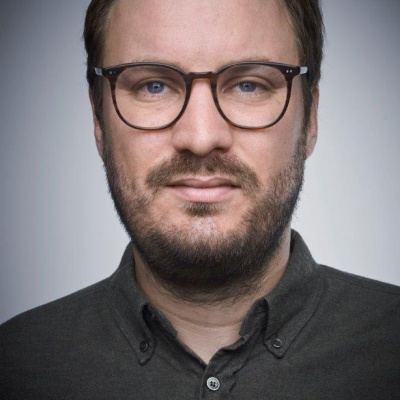