Epilepsy has been one of the most vexing neurological conditions since it was first identified as a brain disorder by Hippocrates in ancient Greece. The National Institute of Neurological Disorders and Stroke (NINDS), part of the National Institutes of Health (NIH), has been the leading federal agency in biomedical research on epilepsy since its founding in 1950. We have made undeniable progress in this field as individuals with epilepsy have a variety of treatments to choose from, but some epilepsies do not respond to available treatments. Meanwhile, those on medications often have troubling side effects that affect their quality of life.

The landmark Curing Epilepsy Conference, held in 2000, was followed by the formation of the American Epilepsy Society/NINDS Epilepsy Research Benchmark Stewards Committee. The conference, held every seven years, convenes all epilepsy stakeholders, including scientists, clinicians, and patient advocates from governmental and private agencies, in recognition of the magnitude of the human burden of the epilepsies and the need for dedicated and focused epilepsy research. The estimated economic toll of epilepsy was approximately $28 billion per year in 2020.

• Optimising treatment (‘stop seizures without side effects’) and

• Focusing on epilepsy-related developmental and psychiatric comorbidities, such as the risk of sudden death, and associated conditions for individuals across the lifespan and populations historically not well studied, including women.

In their new benchmarks, the Committee highlighted several remarkable discoveries over the past seven years, particularly in the area of what causes epilepsy — more than 100 genes have been implicated as potential causes. But they also noted continued gaps identified by both scientists and patient advocates.

Patient advocates have always participated in the conferences, but the 2021 conference held January 4th-6th and the revision of the Epilepsy Research Benchmarks brought a new level of participation in the process. Patient advocates took part in discussions of the revisions to the benchmarks prior to the conference, and their personal stories were featured at the beginning of each session to underscore the need to expedite progress so that research advances reach individuals with epilepsy faster.

Another focus of the meeting was translational research, which means making discoveries in the lab and bringing them into the clinic. Prioritising this kind of research will result in meaningful differences in the lives of people with epilepsy and their families. Recom- mendations from the conference included developing new and targeted treatments for the specific types of epilepsy, increasing data sharing and collaboration, developing more effective models of the human epilepsies, establishing biomarkers for human epilepsies, and harnessing big data to drive epilepsy research and clinical care.

The attendees also identified two major barriers to the translation of epilepsy research. The first is a lack of collaboration and sharing in science, which could be the result of a persistent “go-it-alone” mentality in the cultures of academia and industry. One of the effects of this is a lack of shared databases, which feeds into the recommendations for increased data sharing and use of big data in epilepsy research. Many individuals with epilepsy have extensive clinical evaluations, and we are leaving that information on the table when it could be harnessed to learn more about the epilepsies and point to more effective treatments.

The second identified barrier was the lack of any paradigm-shifting ideas. On the one hand, this could

mean that researchers are on the right track with the current mode of thinking about mechanisms and approaches to the epilepsies. On the other, it could mean that the field is in a collective “idea valley.” Academic and personal incentives are often centred on individual successes, leading some researchers to believe that keeping transformative ideas to themselves is in their best interest. An increase in the number of young scientists and new researchers in epilepsy research could help address this. In addition, attendees discussed the need to engage leaders at the NIH and academic institutions to rethink and change the incentives for success in the field.

Epilepsy research: Where are we?

“We have come so far in many ways in epilepsy research, and yet we have a long way to go,” said Vicky Whittemore, PhD, Program Director at NINDS. “The pandemic taught scientists that the best way to help individuals with epilepsy is to work collaboratively and quickly with others to find solutions. The epilepsy research community can learn from this, and the 2020 Benchmarks will set us on the right course toward reducing the burden of epilepsy among the more than 3 million adults and children with epilepsy in the U.S. whom we serve.” 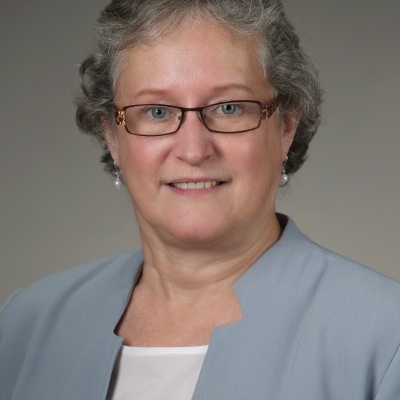