Nigel Wilcock, Executive Director of the Institute of Economic Development, discusses how UK local authorities can best sweat their asset base

Ten years ago, at the start of austerity, there were many local authorities who saw tough times ahead. Those that showed the greatest foresight started to identify areas where savings could be made. Whilst these savings may have started in a modest and prudent manner, soon the same local authorities were thinking the unthinkable and deep cuts were introduced.

There is no doubt that local government has suffered to the greatest extent of all public sector bodies over the past decade, but we have seen many innovative approaches to cost savings – merged back office activities, outsourcing some elements of work to charities and the third sector, and in some cases even shared chief executives.

The problem is that in some cases this has not been enough and so local authorities realised that hunkering down and seeing out the most savage of cuts would not be enough – there was a need to secure an income stream through investment.

This, of course, is a tricky business. Whilst the magicians of the square mile claim to be able to pull rabbits from hats (until they fail and leave us in this mess), this financial wizardry was never in the job description associated with civic fiduciary control. So what happens next?

The answer to the question has generally depended on the current asset base of the individual council, the reserves of the council, the investment performance of the locality they oversee and the attitude to risk and financial structuring.

Let’s take a look at two asset rich and buoyant areas. Bath and North East Somerset is, by some measures, a highly performing area. Certainly, the visitor economy has ensured that the retail centre has suffered less severely than most. The council has held long-term ownership of many of the retail units in the City of Bath and, therefore, has a rent roll that at least makes some contribution to council funds.

Cheshire West and Chester found itself in a different position. In the last ten years, they had commissioned and constructed a new office block for the council in the centre of Chester which they owned freehold – some years on and they have realised that they are sat on a valuable asset which they have now vacated in favour of letting to private sector tenants.

Now an asset poor but buoyant area. Neighbouring Warrington realised that their Birchwood Business Park was the highest performing private sector employment site in Cheshire and Warrington. The perceived attractiveness of a continual rental stream from international clients on long leases with strong covenants persuaded the council that they could secure future income by acting as an institutional landlord. This use of reserves or even low-cost borrowing to purchase assets that are perceived as low risk but which generate a steady long-term return has become commonplace.

With asset poor and under-performing areas, the problem arises when councils wish to follow the same institutional investment route but assets in their own area are less attractive. At this point, the council has a dilemma – should it invest in the underperforming assets of their own town in the hope that they can improve the performance? This is a route that St Helens and Sefton councils have pursued in St Helens and Bootle respectively.

Investing in outside assets

The alternative approach in this dilemma is alternatively whether to invest the council tax receipts from local residents in assets outside of the local authority area. Enterprising Warrington in North West England turned its attention to a solar farm in Yorkshire to reduce its energy bills.

It is disquiet over all these types of investment that has resulted in the National Audit Office announcing that they are to examine the Ministry of Communities, Housing and Local Government’s role in governing local authority commercial investment. It is clear that the financial situation of local authorities has resulted in these various approaches. One has to have sympathy for the situation in which local authorities find themselves. There are, however, two immediate issues that spring to mind.

First is that even professional investors hold investments that underperform as well as outperform. It is clear that this will be the case across local authorities – and to what extent do they have the financial wherewithal to deal with negative outcomes? Secondly, and perhaps most importantly, where local authorities have held assets they have tended to under-invest in continuous renewal – immediate crises always drawing on income flows that should be set aside for reinvestment. The long-term consequence of this is that public agencies end up holding assets that have diminishing values.

The conclusion is that local authorities are embarking on risky strategies – but they have clearly been driven to this route through the underfunding from central government.

Providing a new set of tools to alleviate debt 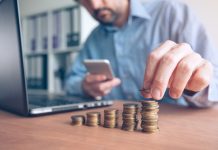 How can tech help people manage finances during self-isolation 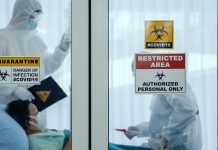 How can small businesses survive the Covid-19 pandemic? 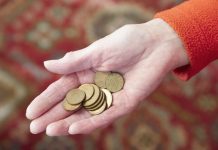 Pensioners risk £68,000 shortfall as they underestimate the cost of retirement

Spend Recovery and the opportunity of free money?

Twice2much discuss the CCS estimate of £220million in Spend Recoveries