During pregnancy, women can be plagued with all types of problems. Morning sickness, backache, and changes to the skin are all complications that can be faced during the nine months. But one problem that is lesser-known but still prevalent is that of preeclampsia. Preeclampsia is a pregnancy complication characterised by high blood pressure and signs of damage to organ systems, most often the liver and kidneys, usually occurring after about 20 weeks of pregnancy.

Of all of the pregnancy complications, preeclampsia can often be one of the most frightening and confusing, with many people wondering about the best way of combating it or avoiding it all together. One hypothesis is that vitamin D can have a profoundly positive effect on pregnant women who are trying to avoid it. Here, I explain how vitamin D could be the secret weapon to combating the effects of preeclampsia.

What factors contribute to preeclampsia?

Doctors remain uncertain as to what causes preeclampsia, but some risk factors are:

According to current research on the subject by The National Library of Medicine, there is a possible link between vitamin D deficiency during pregnancy and preeclampsia. Low vitamin D levels have been consistently described during the course of pregnancy of women who later developed preeclampsia and research has shown that vitamin D has a protective effect against recurrent preeclampsia.

We tend to be deficient in vitamin D generally anyway, but there is an increased need for vitamin D during pregnancy. Vitamin D supplementation therapy in pregnancy could help in reducing the incidence of gestational hypertension – better known as preeclampsia.

Why is vitamin D especially important during pregnancy?

Vitamin D is needed to help with a baby’s bone growth but is a vital vitamin to ensure they can grow in the correct way. This is because vitamin D is a key component in the regulation of calcium and phosphate.

Vitamin D deficiency and how to avoid it

Vitamin D deficiency is a huge problem for many people and if left untreated can lead to a loss of bone density, which can contribute to osteoporosis and fractures (broken bones). It can also lead to disease and in children can cause rickets, which is something parents will be keen for their children to avoid.

You are more likely to be vitamin D deficient if:

There are many ways to naturally improve your vitamin D intake. Vitamin D is often referred to as “the sunshine vitamin” because the sun is one of the easiest and best way of sourcing this valuable nutrient.

It’s also important to consider your diet. Consuming oily fish, seafood, egg yolks, and fortified foods such as cereal, dairy products and canned goods have all been noted to make a noticeable difference to the levels of vitamin D in your body. 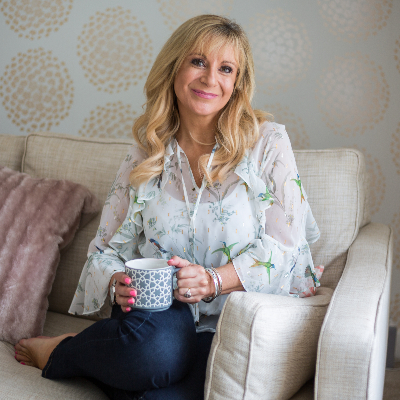