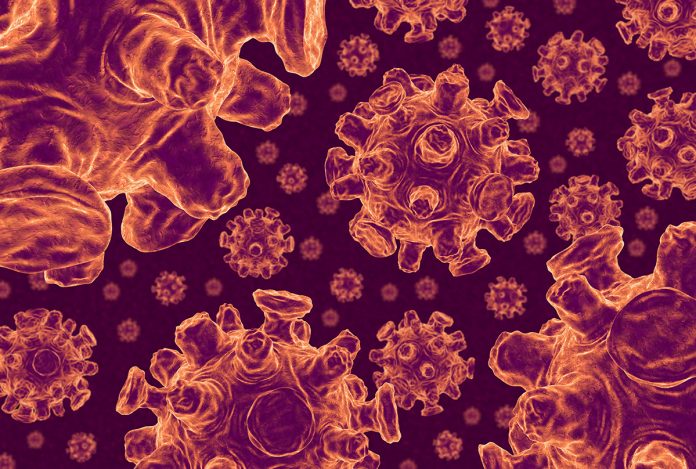 Here, experts Stephan Pleschka, Oliver Planz and Stephan Ludwig walk us through the constant threat of influenza virus outbreaks and the benefit of enduring research in antiviral drug development

In light of the on-going global SARS-CoV-2 outbreak, that is keeping world health hostage, severely paralysing the world economy and strongly restricting social life, we are now experiencing the impact of a pandemic and how much the life as we know it depends on the options we have to stand up against such threats. This becomes even more relevant when one considers that this virus is just one of a multitude of viral foes with highly devastating potential.

The SARS-CoV-2 belongs to the large group of viruses that possess an RNA genome and has made its way from the animal kingdom into humans causing a zoonosis, which has spread around the world. The vast majority of newly emerging and re-emerging infectious diseases are caused by RNA viruses, with West Nile-, Ebola-, influenza-, and SARS viruses being prominent examples. RNA viruses have an enormous genetic plasticity, facilitating rapid adaptation of animal RNA viruses to new hosts — including humans — and rapid development of resistance against (directly acting) antiviral drugs. Such zoonotic RNA viruses may cause major outbreaks and severe disease in humans, especially in cases where there is no pre-existing immunity in the human population, exemplified by the current pandemic.

As such, the influenza A viruses (IAVs) stand out among these potential enemies. Their natural reservoir are aquatic birds and IAVs possess a great zoonotic potential as they can infect different avian and mammalian animal hosts, from which they can be transmitted to humans. This is based on their ability to gradually change their genome by mutation or even reassemble their genome segments during co-infection of the host cell with different IAV strains, resulting in a high genetic diversity1.

The devastating “Spanish Flu” led to the most dramatic pandemic of the last century, globally killing more than 25 million people within 25 weeks between 1918/1919. Subsequently, a new pandemic strain the “Asian Flu” emerged in 1957 leading to at least one million fatalities. In 1968, the pandemic “Hong Kong Flu” emerged, resulting in about one million deaths. In 1977, “Russian Flu” spread worldwide, causing severe infections in humans with a 50% fatality rate among school-aged children. In 2009, a reassortant IAV with a unique genome constellation most likely generated in pigs led to the first pandemic of the current century, known as “Swine Flu” [1 and references therein].

Among the available options for control and prevention of IAV infections, vaccination is still the primary option and the most effective method to combat IAV infection. As seen with the efforts undertaken to develop a vaccine against SARS-CoV-2 this takes time and a potential vaccine will not be available at the start of an outbreak caused by a yet unknown virus. To establish the first line of defence against newly emerging IAV, for which vaccines are generally not available, potent and broadly acting antivirals are urgently needed. Ideally, these compounds should be widely available, have broad-spectrum activity against a range of IAV and be unlikely to cause viral resistance.

Currently, all approved and most of the antivirals in development act directly against the virus [1 and references therein]. As IAVs can quickly adapt to these directly acting selective pressures, such therapeutic approaches lose their effectiveness over time. Nevertheless, all viruses absolutely depend on services provided by the infected host cell. To address the problem of viral resistance in antiviral drug development, the work of the authors pioneered in the identification and inhibition of specific cellular (rather than viral) functions/factors that are essential for IAV. The highly specific inhibition of cellular functions is expected to fulfil most, if not all, of the above requirements, preventing efficient viral replication when the respective cellular factor is impaired. The combined and long-lasting collaboration between the three laboratories of the authors has successfully demonstrated that this approach possesses a great potential to define novel and effective antivirals by in-depth basic molecular virological research.

In 2001, we demonstrated for the first time that a specific virus-induced intracellular signalling event — the Raf/MEK/ERK cascade — is essential for efficient production of infectious IAV progeny. IAV replicate their genomes by their own polymerases within the nucleus of the infected cell and thus need to export their genome from nucleus to the cell membrane where virus particles form to be released. Inhibition of the cascade by specific inhibitors, which block this pathway at the level of the kinase MEK results in nuclear retention of viral genome complexes (RNPs) and concomitantly inhibits virus production2. The relevance of this cascade for IAV was then further demonstrated in vivo in mice3 and moreover also for influenza B viruses (IBV), which together with IAV cause seasonal epidemics. Importantly, neither IAV nor IBV develops resistance under treatment4.

Analysis of the functional role of the cascade within the viral replication cycle established that cell membrane accumulation of the viral HA-protein triggers activation of the cascade and induces nuclear RNP export. This represents an auto-regulative spatial-temporal coordination of nuclear RNP export to a point when all viral components are ready for virus budding5. More recent results indicate that the cascade does not affect nuclear export in general, for example, by interfering with the cellular nuclear export machinery, but rather specifically acts on the export of viral vRNPs by controlling specific modifications of viral proteins.

Interestingly, among human IAVs, those possessing a higher polymerase activity lead to more HA production and enhanced activation of the HA-induced Raf/MEK/ERK signal cascade6. Apart from tissue damage caused by the virus lytic replication, an imbalanced overproduction of antiviral cytokines can cause severe lung damage as observed in human infections with highly pathogenic avian influenza viruses (HPAIV). We showed that inhibition of the signalling cascade decreased both, virus titres and cytokine expression. This was not only true in vitro, but also in infected mice. Hereby we could demonstrate for the first time that IAV titres and pro-inflammatory cytokine expression can be modulated simultaneously7. 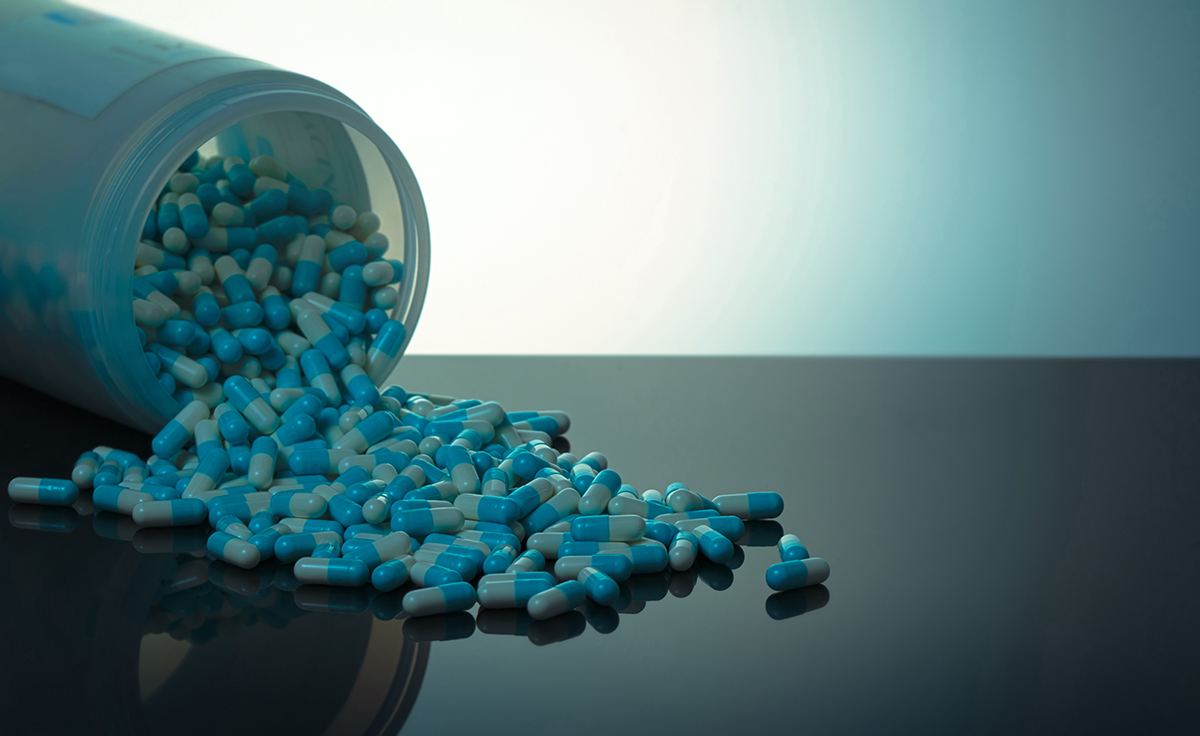 We continued our investigations with the experimental MEK inhibitor U0126, validating its ability to suppress propagation of the 2009 pandemic IAV (H1N1pdm09), as well as HPAIV in cell culture and also in vivo in the mouse lung. Notably, U0126 impaired all tested IAV strains, including oseltamivir (Tamiflu®) resistant variants. Furthermore, treatment of mice with U0126 via the aerosol route led to the protection of IAV-infected mice against a 100x lethal viral challenge. Moreover, no adverse effects were detected in cell culture or in the mouse8.

As U0126 is an experimental substance, we aimed to elucidate the efficacy of a compound that was tested in clinical investigations aiming to translate our research into the development of a therapeutic approach. In consequence, we studied the antiviral potential of the clinically tested MEK inhibitor Cl-1040 against various IAV. CI-1040 was originally developed as an anti-tumour drug where it showed low toxicity. We found that Cl-1040 significantly reduces virus titres in vitro and is effective against a broad range of IAV strains, including HPAIV, as well as against a Tamiflu®-resistant IAV strain and, that it reduces IAV lung titres in vivo a mouse model. Importantly, the treatment window for Cl-1040 expands up to 48 h post-infection when Tamiflu® treatment has lost its effectiveness9.

Most recently we compared the antiviral potency of CI-1040 versus its major active metabolite ATR-002, in vitro as well as in the mouse model. In cell culture assays, approximately 10-fold more ATR-002 is needed for the same antiviral activity as CI-1040. Interestingly, considerably lower concentrations of ATR-002 were required to reduce the viral load in vivo. Pharmacokinetic studies showed a far higher bioavailability for ATR-002 than for CI-1040 demonstrating the in vivo superiority of ATR-002 as an antiviral agent, despite its weaker cell membrane permeability10.

Since the Raf/MEK/ERK pathway is activated by many RNA viruses11, it was a valid assumption that also other viruses may exploit this signalling pathway and may be sensitive to MEK inhibition. This was confirmed in studies on the replication of Borna Disease viruses12 or Respiratory Syncytial viruses13, which was efficiently blocked by MEK inhibition, albeit by mechanisms different of that found for IAV.

The enormous potential of inhibiting cellular MEK in the fight against RNA viruses becomes particularly relevant in the face of the COVID-19 crisis. Previous work by others has shown that the membrane-located S-protein of the 2003 SARS-CoV is involved in the induction of the Raf/MEK/ERK pathway. Furthermore, infection of cultured cells with mouse hepatitis virus (MHV) — a murine coronavirus — also activated the signal cascade, and the investigative MEK inhibitor U0126 significantly impaired MHV replication. The inhibitory effect of U0126 on MHV appeared to be a general phenomenon observed in all six different MHV strains and in three different cell types tested [11 and references within]. This tempts us to speculate that MEK inhibitors, such as ATR-002, could possibly be effective against SARS-CoV-2.

Meanwhile, our work is being actively translated into a therapeutic approach in collaboration with Atriva Therapeutics, Germany, and ATR-002 has by now undergone pharmacokinetic studies, as well as a very successful Phase I clinical study. This randomised, double-blind, placebo-controlled dose escalation study demonstrated the safety and tolerability of ATR-002 and the observed pharmacokinetic profile supports the intended once-daily regime for the further Phase II clinical development. Potential advantages of this host-targeting approach are the prolonged treatment window and the reduced potential of viral resistance, both compared to therapies that directly target viral structures.

Our brief summary recapitulating 19 years of collaborative work in basic virological research clearly shows that continuing funding of such efforts has a great potential to provide a health benefit to European societies.

Antiviral efficacy against influenza virus and pharmacokinetic analysis of a novel MEK-inhibitor, ATR-002, in cell culture and in the mouse model. Antiviral Res 178:104806. 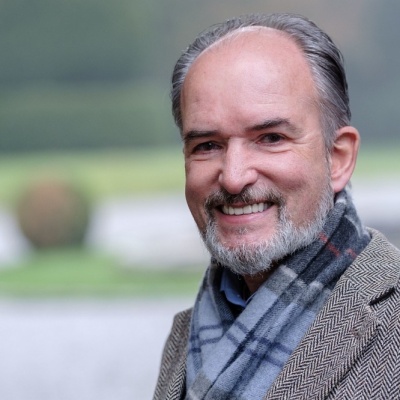 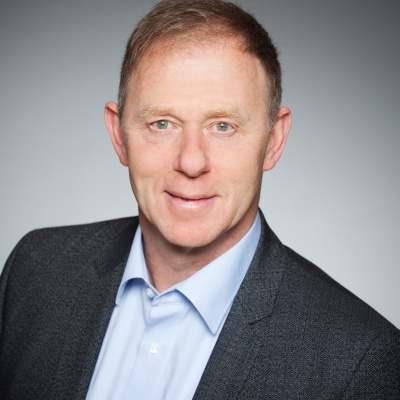 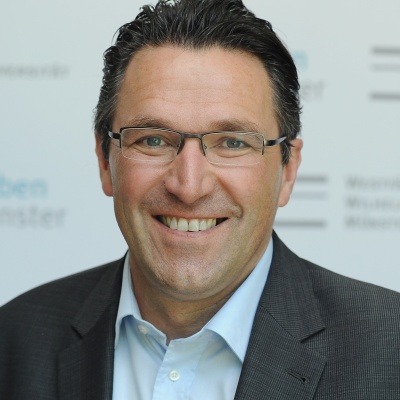