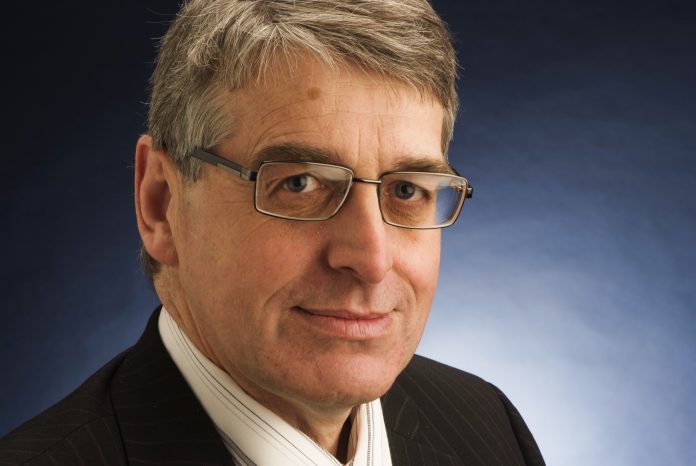 Martyn Young Procurement Director at energy management consultancy ZTP, discusses what’s happening with energy prices, what businesses can do to mitigate against the rising costs and the outlook for 2019

Since June energy prices in the UK and Europe have risen significantly leaving many energy managers with a large overspend on budget forecasts for winter 2018 and beyond.

The wholesale gas cost for 2019 calendar year rose 46% between 1st April and 30th September, and wholesale electricity 36%. This has moved the energy content of a typical electricity bill from 43% to 48% even accounting for a 9% increase in non-energy elements.

So what changed in the market to make such a dramatic impact in a few months?

At the start of the summer there was a lot of nervousness about the volume of gas stocks not only in the UK where we had experienced the third coldest March in 37 years, but also in Europe.

2018 was a year of high infrastructure maintenance, including the Russian pipelines, and consumers over the summer needed to compete with the gas storage system for production. This background issue was then compounded by two main factors.

The EU agreed to limit the volume of carbon for auction to increase the price of coal generation.

This formed part of the policy of geared towards hitting carbon reduction targets. The carbon price consequently rose from €7 to €21, the highest since 2008.

This pushed up the price of coal generation in Europe, and it became more attractive to generate electricity from gas fired generators.

Carbon price became a main driver of UK gas price over this time, and therefore also of electricity. 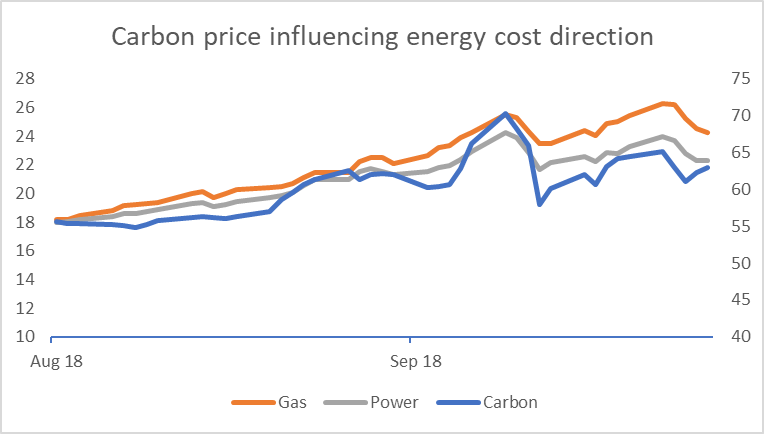 Persistent high pressure systems over Europe resulted in low wind generation combined with a lack of rainfall resulted in the temporary unavailability of power generation from some of France’s nuclear facilities in France due to lack of cooling water.

For the same reason the generation from the hydro dams also reduced.

Despite a relatively successful maintenance season the UK gas stocks are a third of the level of three years ago.

This is mainly a result of the decision to close the UK’s long-term gas storage facility, Rough, under the North Sea.

The UK will therefore be more reliant on availability from the UK Continental Shelf production, Norwegian production and the Interconnectors.

Shipped LNG will be used more extensively,  a relatively expensive source of gas in the first half of 2018 but now in ample supply as Asian markets are currently weak following a regional forecast of a warm winter.