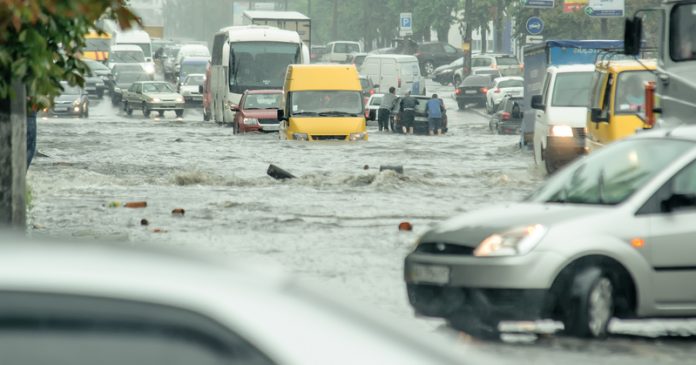 The campaign is set to target younger people through social media and online advertising and encourages them to check their flood risk at GOV.UK where they can sign up for free warnings to take action when flooding hits.

Research shows that 18 to 34 year olds, are least likely to spot early warning signs of flood risks in their area, nor do they know how to protect their homes or where to go for information.

Figures also suggest that young people are at the highest risk of fatality, as they are less likely to perceive their own personal risk.

Our flood defences reduce the risk of flooding, and our flood warnings help keep communities safe when it threatens. But we can never entirely eliminate the risk of frequent flooding. Checking your flood risk is the first step to protecting yourself, your loved ones and your home.”

Last year, the Met Office published new research which found that for England and Wales,  there is a 1 in 3 chance of a new monthly rainfall record in at least one region each winter.

Professor Adam Scaife, who leads this area of research at the Met Office, said:

“The Met Office supercomputer was used to simulate thousands of possible winters, some of them much more extreme than we’ve yet witnessed. This gave many more extreme events than have happened in the real world, helping us work out how severe things could get.”

The threat of frequent flooding is on the rise and has been listed as one of the nation’s major threats in the National Risk Register of Civil Emergencies (2017 edition).