Home Open Access News Research & Innovation News Escherichia coli evolution from the lab, to the mice gut and the... 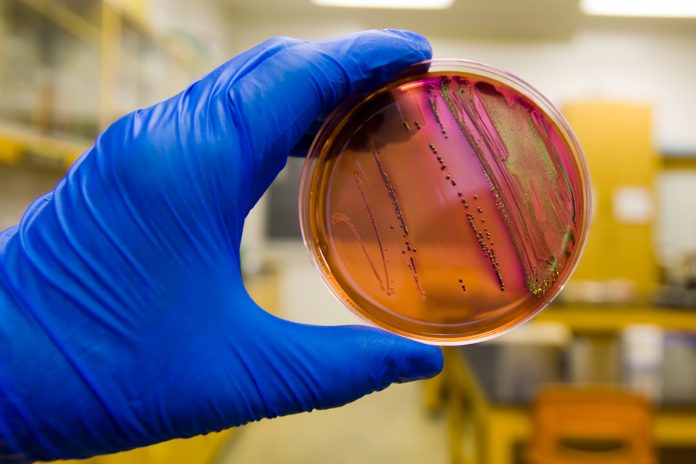 Professor Olivier Tenaillon from IAME -INSERM outlines the evolution of Escherichia coli (E. coli) from the lab, to the mice gut and the wild

E.coli is presumably the most characterised bacteria. Since the 1940s, it has been the work-horse of molecular biology and established as a model organism. Yet, E.coli is not limited to the laboratory and has also a complex ecology in the wild. Being a commensal of the gut of vertebrates, it is responsible for a vast array of intra and extra intestinal diseases.

For long, the darkest side of E.coli was linked to the broad spectrum of diarrhoeas it was causing. Shigellas being some E.coli under the bad influence of a plasmid were for instance responsible to close to a million-child death per year in the 1970s. Better hygiene and treatment have led to a more than 10-fold reduction of that burden.

These hopeful signs are however contrasted by the rise of extraintestinal pathologies due to E.coli that are now killing close to a million person a year. Urinary tract infections, bacteraemia and some new-born meningitides are among the diverse afflictions E.coli may cause. These opportunistic infections were easily controlled in the past with antibiotic treatments. This is not anymore, the case: in 2017, the World Health Organization has ranked antibiotic resistant Enterobacteriaceae, that are dominated by E.coli, among the three most critical medical concerns linked to bacterial resistance.

The high level of resistance of E.coli comes from its lifestyle as a commensal. In obligate pathogens, treatment is always associated with pathology and therefore often concentrated in the hospital. But for opportunistic pathogens such as E.coli, most antibiotic treatments are encountered as commensals in the gut. In this environment, both populations sizes and species diversity are high. This results in the efficient selection of resistance mutations and/or an efficient transfer of resistance genes from one clone to another or one species to another.

Moreover, this antibiotic selective pressure is not restricted to the hospital and promotes, therefore, a high prevalence of resistance in the community. E.coli is then the “enemy within”. It is happily carried by healthy individuals but may later invade extra-intestinal compartments and launch an antibiotic-resistant infection if the patient shows any immune weakness.

These observations call for a better understanding of the dynamics of adaptation of E.coli in its commensal niche. In the IAME unit, Inserm U1137 in the Medical school of University Paris Diderot, we have for a long time been interested in characterising E.coli diversity in the gut of various vertebrates including humans. E.coli is divided in several phylogroups, the prevalence of which varies largely according to the host and its diet. Importantly, these phylogroups have very different contributions to extra or intrainstestinal diseases. Over the years, close to 30,000 strains have been isolated and stored. However, so far, very few studies have focused on time series within a host and as such, the dynamics of adaptation in the gut are still largely unknown.

One powerful way to study bacterial adaptation is the use of experimental evolution coupled to whole genome sequencing. With that approach, one can identify the molecular modifications that natural selection has favoured in a given environment. Most studies using this strategy have been done in vitro. They taught us global rules about microbial adaptation in both quantitative and qualitative ways.

Firstly, microbial populations are rarely mutation limited: many different beneficial mutations are occurring and competing with one another. Secondly, replicate populations tend to recruit different sets of mutations, but the repertoire of genes affected is limited such that convergence at the gene level is high. Thirdly, as the beneficial mutations invade the whole populations, they carry along some non-beneficial mutations called passengers. The fraction of the passenger to selected mutations is affected by mutation rate. Statistical analysis of the numerous passenger mutations found in high mutation rate populations revealed that these mutations are slightly deleterious on average. Finally, global regulators that control the expression of many genes tend to be frequent among the first targets of adaptation. While these patterns are globally true for in vitro systems their relevance in a more natural setting is unknown.

For that purpose, through the GenPhenBact ERC grant, we launched some in vivo experiments, in which a strain of E.coli was evolved in the mouse gut. In parallel to work performed in Isabel Gordo’s laboratory in Gulbenkian Institute of Science in Lisbon, we used the simple system of streptomycin-treated mice to implant and maintain a specific strain of E.coli in the mouse gut. After a year of evolution, parallelism was observed at the gene level, but this time mutations affected no global regulators, but genes involved in metabolism.

Interestingly, in two completely independent experiments, we found that functional repressors were inactivated to allow a full induction of genes involved in some sugar catabolism. These experiments constitute a step forward in the understanding of E. coli evolution in the wild, but they have also their limits, as the caged-mice environment homogeneity is far from natural.

To go further towards natural conditions, an alternative strategy is to sample some individuals at several time points and to sequence multiple E.coli strains from each sample. In a healthy individual sampled over a year, only two mutations invaded the population, including one synonymous mutation. This pattern contrasts with the observations made both in the mice and in vitro and suggests a much lower rate of evolution and potentially the lack of strong selective pressure for E.coli in the human gut. These results raise many new questions about the ecology of E.coli in the gut: what the generation time is, are their source and sink populations, how many bacteria actively contribute to the population evolution. An ecological and evolutionary perspective is now needed to go further, with more systematic surveillance of some cohort and the developments of some genetic tools to tracks bacterial cells and their evolution in animal models.