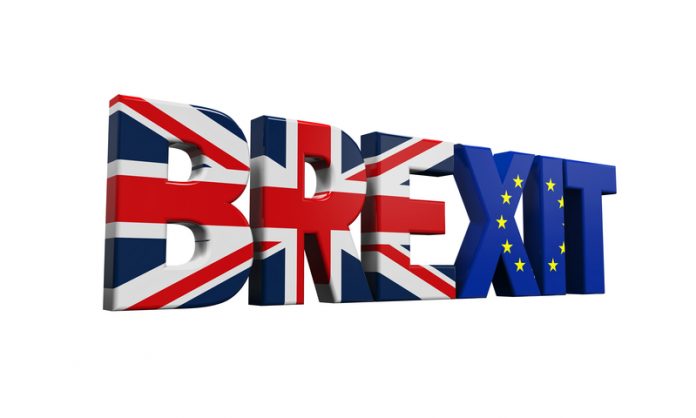 With a week to go until the vote, the pressure is really on both sides to make a final push to get supporters on board. Vote Leave tried to alleviate some concerns regarding the fate of EU grants, providing assurances these would continue to be paid out in the event of a Brexit.

The Conservatives and Labour Party banded together to show support for Remain, with Chancellor George Osborne and Alistair Darling warning of the threat to public spending and taxation if the UK votes to leave next week. However, talks of emergency budgets in the wake of a leave vote did little for Osborne’s popularity, with significant numbers of Conservatives expressing concern and anger at this.

At the beginning of the campaign for the referendum, AG starting a poll, asking readers which way they will vote. This week, the gap between in and out has widened, with 51 per cent of our readers supporting leave, and 41 per cent for stay. The rest remain undecided. Have your say here. While polls cannot predict what will happen next week—as proven by the exit polls during the General Election—they do suggest this race will be extremely close.

Labour leaders of 10 of the UK’s largest cities outside the capital have warned a leave vote would damage local economies.

The letter was signed by the heads of Birmingham, Bristol, Cardiff, Glasgow, Liverpool, Leeds, Manchester, Newcastle, Nottingham, and Sheffield. It warned a Brexit would put cities in “serious economic danger”.

The letter from the Core Cities group of councils said: “Leaving would be a grave threat to our local economies, risking people’s jobs and livelihoods.

“If we vote for Brexit, it will be those at the sharp end – working people, not the leaders of the leave campaign, who will pay the price.

“A vote for Remain is a vote for prosperity and progress for Britain’s cities.

“A vote to leave is a vote for serious economic danger. It is simply not worth the risk.”

“European money is necessary for renovation, renewal and regeneration – and right across the North, Scotland and Wales it is still vitally needed now,” he said.

Chief executive of Vote Leave Matthew Elliott said this was a desperate play made by Remainers: “The truth is that the UK’s cities have prospered in spite of our EU membership, not because of it.

“Every week we send £350m to the EU, enough to build a fully-staffed NHS hospital.

“Our cities would benefit hugely if we took back control of this money and spent it on our priorities – such as public services and infrastructure – instead.”

Property could see surge if UK votes to stay in Europe

Kames Capital, a specialist investment management business, claims the UK property market could benefit from a surge in investment in the second half of this year if the country votes to stay in the Eurozone.

According to David Wise, an investment director with Kames’ property team and co-manager of the Kames Property Income Fund, the property market has been hit hard by the uncertainty around Brexit. He says that year-on-year volumes are down by nearly a third in the first quarter of 2016 as investor confidence starts to wane.

Wise says the impact has been felt most keenly by the larger end of the market, with £20m-plus properties, which tend to be in London and the South East, the worst affected as they would potentially see the greater impact of an exit from the EU.

All is not doom and gloom, though. Wise believes there could be an opportunity for investors after the Brexit referendum on 23 June is concluded. He said: “Everyone is concerned about the Brexit vote, but no one is asking what happens if we vote to stay in the UK.”

“Thus far the uncertainty over Brexit has caused the market to slow down in terms of transactions, with a wait and see attitude among investors, but we could see a strong second half for property after the June vote for this reason, if the UK stays in the EU.

“A lot of international money remains focused on London, but there are advantages to taking a different approach.”

“Smaller lots – particularly those in the regions between £5m and £20m – can offer the prospect of superior returns and better liquidity for our clients,” he said.

Farage and Geldof do battle on the Thames

Nigel Farage led a flotilla of boats up the Thames to Central London in a bid to encourage a vote to leave the EU.

A total of 35 boats, including herring and mackerel trawlers from north of Scotland, was organised by Scottish skipper, who set up the pro Brexit Fishing for Leave campaign.

The mass protest was timed to coincide with the prime minister’s questions, however the number of boats was limited by Thames navigation and safety rules.

Treasurer of Fishing for Leave John Buchan said he hoped the flotilla would be greeted with scores of pro-Brexit MPs and activists, as well as Farage.

However, the group of fishing vessels was met by Sir Bob Geldof, who also boarded a boat on the river to oppose Farage’s pro-Brexit flotilla.

The two rivals clashed over the impact that leaving the EU would have on the British fishing industry.

Despite the Brexit side having a larger contingent of boats, Sir Bob Geldof equipped himself with a huge sound system, which blasted out songs including, Chicago’s ‘If you leave me now’, and Dobie Gray’s, ‘In with the Crowd’.

Addressing Farage over a PA system, Sir Bob said: “You are no fisherman’s friend.”

He added that although the leader of UKIP was on the European Parliament fisheries committee, he had attended just one of the 43 meetings.

Mr Farage responded by speaking to reporters who accompanies him on the Thames, and branded Geldof’s protest as “just disgusting”.

“There are here today, they have taken – some of them – several days out of their working week to come and make their protest, to say ‘look, we want to take back control of our seas, we want to get jobs back in this industry.”

The fleet is said to have arrived outside Parliament at 12:30pm ahead of the final Prime Minister’s Questions. However drivers on Tower Bridge were not particularly impressed with delays caused by the contingent, as the Bridge had to be opened for 20 minutes.

Friends of the Earth argue the case to #Remain4Bees

Environmentalist group Friends of the Earth are warning that Brexit could pose a danger to our bees.

Farming Minister George Eustice has said that, in the event that the UK decides to ‘go it alone’, the Birds and Habitats Directives would be scrapped while other nature directives might be allowed to stay. Eustice instead suggested to the Guardian that the UK could “focus our scientists’ energies on coming up with new, interesting ways to protect the environment”.

These key pieces of European legislation, through the Natura 2000 network, help protect some of the most valuable and vulnerable habitats and species, including – say Friends of the Earth – places and plants crucial to the survival of many bee species.

The group argue that without environmental protections enshrined in law by so-called ‘red tape’, the 35 species of bee currently listed as under threat of extinction will be even worse off.

In 2013, for example, the UK government strongly opposed the banning of neonicotinoids – pesticides known to be harmful to bees.

“This may appear a small issue in the context of the EU referendum debate, but it speaks volumes to the broader concerns of environmentalists across the board,” said Friends of the Earth Campaigner Sam Lowe. “This is one area of the referendum debate where the evidence is clear: the EU has been good for our environment, and leaving poses a significant risk.”

“Not only has the EU got a recent history of providing resolute protection for bees and pollinators, the European Parliament has requested an EU wide pollinator initiative,” added Matt Shardlow, from the invertebrate conservation charity Buglife.

“It would be a great shame if British people with their passion for pollinators and desire to reverse current declines were unable to contribute to this effort to save Europe’s endangered bees, moths and hoverflies.”