Home Open Access News Government News The priorities of the European Economic and Social Committee: Where citizens can... 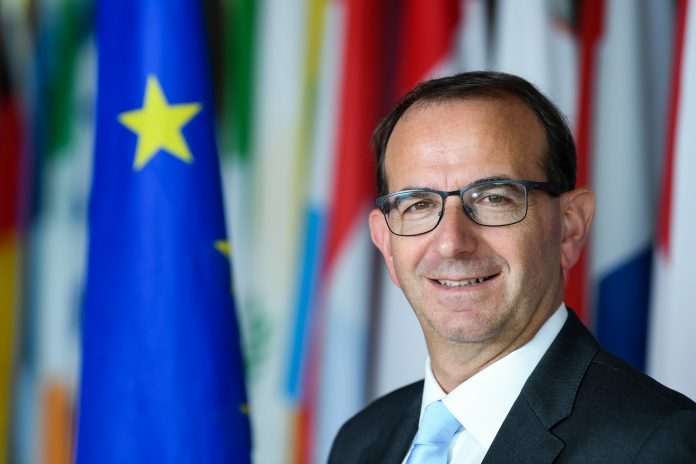 Gianluca Brunetti, Secretary General of the European Economic and Social Committee charts the organisation’s priorities, defined as a place where citizens can have their say

In 2018, the European Economic and Social Committee (EESC) celebrated its 60th birthday. Its early creation was no accident but a well-considered meaningful decision of the Member States. It happened because the EU’s founding fathers had twice experienced a Europe that had fallen apart as a result of devastating world wars that carried off its young people, the lifeblood of Europe. It happened because a large part of society was deprived of its rights – civil society was being governed without being allowed to participate.

The EESC is home to Europe’s organised civil society and a bridge to Europe’s citizens. It is an advisory body to the Council of the EU, the Parliament and the Commission, and as such it plays a key role in the EU’s legislation by representing the views of workers and employers, as well as the full range of European interest groups, such as farmers, consumers, professionals, environmentalists, etc. It helps to make EU legislation more targeted, relevant and closer to European citizens.

I have been the Secretary-General of this institution since 14 November 2018. Prior to taking on this role, I worked in the European Parliament and in the Council of Europe. My task and that of my team is it to support the 350 members from the 28 Member States in the exercise of their duties.

The commitment we show towards our citizens also applies in-house. My closest European compatriots are the 350 EESC members and my colleagues. Dialogue with citizens starts here, along with responsibility for and commitment to their interests and needs.

This is why I am committed to modernising and simplifying our working methods and creating better – and in particular more efficient and responsive – working conditions for both our members and our colleagues. This also includes facilitating the work between the different sections, coming up with innovative approaches and valuing flexibility. Communication and dialogue are key, both within the institution and with our citizens.

A lot is at stake in today’s Europe. Although the European Union is a great place to live, dedication to the EU on the part of its citizens is decreasing, which is to the disadvantage of Europeans themselves.

Brexit has opened our eyes and helped us to understand what is at stake when a country does not want to be any longer a member of the European Union: all the standards, networks and support we have achieved through the creation of the Single Market are gone. The free movement of goods, which helped to make many products cheaper for Europeans, the free movement of people, which made travelling easier and helped many people to find jobs in the other Member States – all of this is gone for a country that decides to leave.

We, therefore, need to put more effort into informing people about the concrete advantages the European Union has achieved for them. However, we also need to respond better to people’s worries and concerns, no matter whether they are grounded in facts or merely impressions. We need to take these concerns seriously.

rEUnaissance is the motto of the current EESC presidency under Luca Jahier. The Renaissance was a cultural movement, which began in my home country of Italy, significantly influenced all other aspects of life and put humans centre stage, thus demonstrating the power of culture.

The EESC’s members work directly with the people on the ground. They are aware of citizens’ concerns and needs; they bring them to the European level and ensure that they are taken into consideration in EU legislation.

My personal view is that “unity is strength”. Therefore, my goal as Secretary-General over the coming years is to reach out to the other institutions, particularly to the European Parliament and the European Commission, to strengthen collaboration and pool our efforts. We will also make our institution more responsive, increase dialogue with our citizens and cooperate with influencers in order to reach out to people and give the EU the human face that its citizens are looking for.

With the Committee of the Regions, we share both our premises and important aspects of our administration. This cooperation should become a role model for working relations with other institutions because I am convinced that collaboration originating from a vision and based on a clear mission is a key part of the success of any organisation. This also allows proper use of taxpayers’ money.

When there is teamwork and collaboration founded on transparency and constant communication, we can achieve the best for our people, which is, in the end, our duty and our objective.