Right now, we are facing unprecedented expectations of our healthcare systems and technologies to reduce increasing morbidity and to avoid mortality. And this occurs within an international environment of socio-political/economic unrest, with burgeoning environmental threats globally. Furthermore, developers and manufacturers of pharmaceuticals, medical devices, diagnostics, and new healthcare technologies are being asked to substantiate value and to link outcomes to reimbursement – requiring more and more evidence generation. The need for real-world data (RWD) to generate real-world evidence (RWE) has been increasing and will continue to do so.

Moreover, data generation, within a clinical environment, for instance within electronic health records, claims databases, regional databases, registries or cohorts, is being complemented by patient-generated data, whether human (e.g. via an app) or machine-generated (e.g. a wearable or sensor). Greater, and deeper molecular, genotypic knowledge, complementary to phenotypic knowledge is now accelerating after the initial stutters following the Human Genome Project. The human genome has also been complemented by multiple systemic biological frameworks, such as the connectome, microbiome, proteome, etc., further enhancing our understanding of ourselves. The explosion in data is a challenge, but also an opportunity to create ever higher resolution phenomic profiling of patients for clinical care decision making, and for research.

Despite this, and with such rapidly accelerating data growth, there are challenges around data parochialism, or ‘ownership’, privacy and security challenges. For example, these are further complicated by interpretation of guidance such as the EU’s General Data Protection Regulation, and overall in protecting the sanctity of citizen data, whilst deriving knowledge from it. Unfortunately, our resolution of a digital avatar is the merest shadow today, due to the difficulty of interoperability, governance and transparency in intended use.

The rise of machine learning, or “Artificial Intelligence”, is very topical, ascending the hype cycle with the promise of algorithms augmenting clinical intelligence, providing clinical decision making or indeed replacing clinicians altogether. It remains to be seen, to what imminent extent algorithms will impact healthcare. However, increasing regulatory scrutiny will focus on their efficacy, and particularly the quality of data input driving the training and validation sets. Certainly, the volume of labelled data is insufficient in diversity and variety today. The recent White Paper on AI from the European Commission provides an interesting response to the challenges. 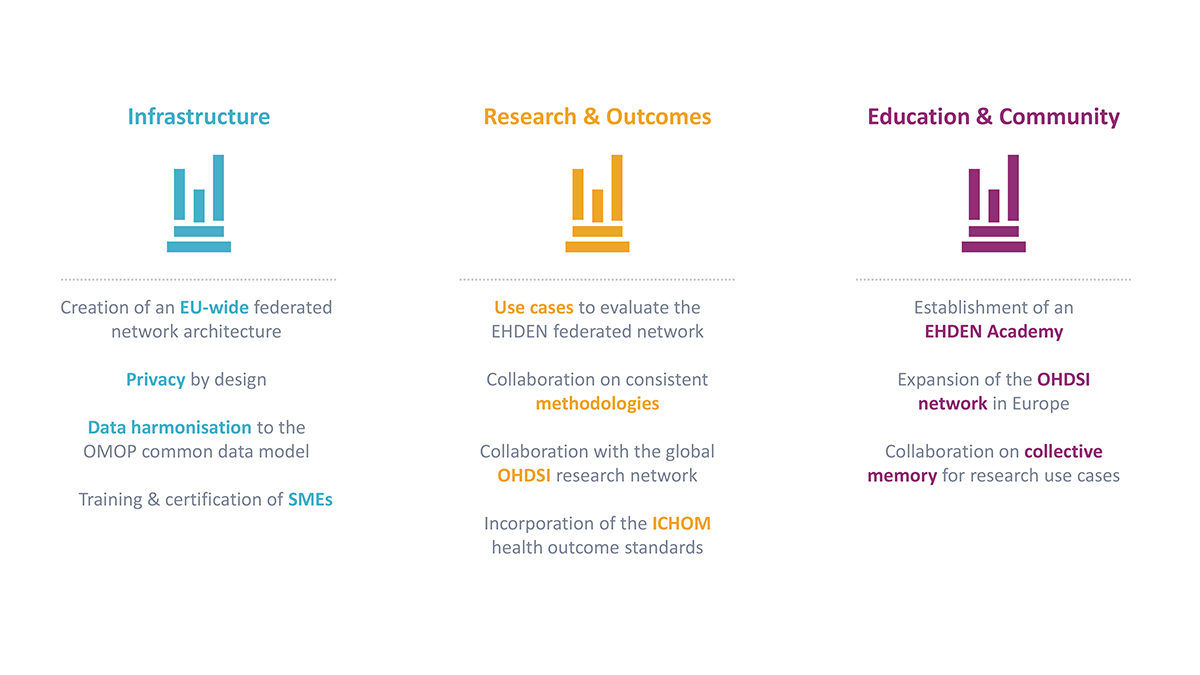 Against this backdrop, we, the research and clinical community, need solutions than can deliver on expectations for the 21st century to support evidence generation and clinical decision-making, as well as research and development. This has to be within a framework of transparency, cross-border fluidity, and a recognition of differing maturity across member states, and likely where the impending European Data Strategy from the Commission will be critical to Europe’s future.

The European Health Data & Evidence Network (EHDEN) project, funded via the Innovative Medicines Initiative (IMI), is the largest of its kind in Europe working in the domain of RWD/RWE. Running from 2018-2024, it is a public-private partnership consortium of 22 partners, led by Erasmus Medical Centre (EMC) and Janssen. EHDEN is working to create an open science community symbiotic with the Observational Health Data Science and Informatics (OHDSI) global framework to facilitate observational/RWD-based research at scale and acceleration, without impinging on quality. 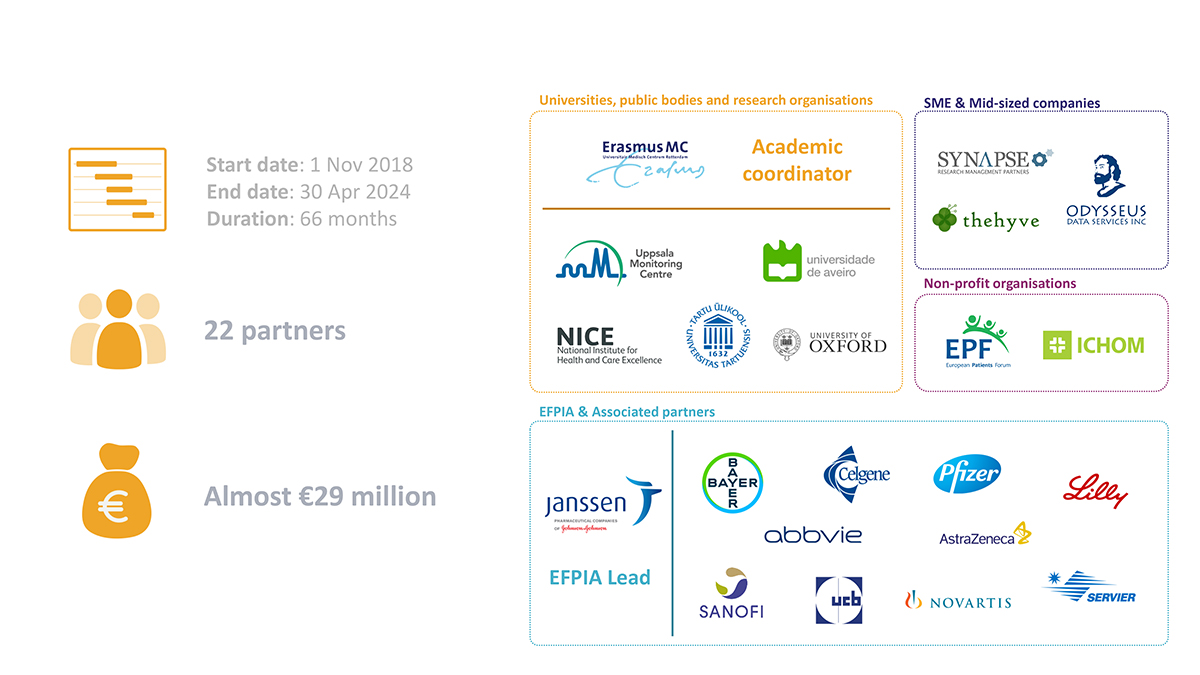 At its core is the standardisation of RWD via use of the Observational Medical Outcomes Partnership (OMOP) common data model (CDM), standardised analytics and a sustainable research community for the coming decades.

EHDEN can be characterised within three pillars:

Focusing on architectural development of a platform to support FAIR RWD, security and privacy, and a federated network with locally OMOP-mapped data from diverse Data Partners (e.g. secondary/tertiary care, primary care, claims, registry/cohorts, et al) utilisation of OHDSI-standardised research tools. Open calls to invite Data Partners to join the network and be mapped, with financial support from a Harmonisation Fund, and for small/medium enterprises (SMEs) to be trained and certified in a consistent approach to mapping to the CDM, thus creating a new technical marketplace, and fitting in with the European Commission’s strategy for SMEs, and Industrial Strategy.

EHDEN will run multiple use cases of convergent interest in the project, such as drug utilisation, drug safety, or health technology assessment (HTA) with Data Partners, and with, e.g., the European Medicines Agency, to validate and verify the mapping and the architecture of the federated network, as well as developing methodologies further. EHDEN will also work on incorporating the ICHOM health standards into the OMOP CDM to speed up adoption and utilisation within the network of relevant outcome standards. New methodologies, including ‘study-a-thons’ to accelerate the time to answers, without sacrificing its quality, are being developed.

The project is launching the EHDEN Academy as a free educational resource to support the project, our partners and the European RWD community, as well as developing value propositions, sustainability plans and facilitation of an open science community longer term. This parallels the Commission’s Digital Education Action Plan.

Critical to the output of EHDEN is evidence generation, in terms of using research-grade RWD to impact on clinical practice today, not in years from now. Its success will be measured by the ability of the project, and its sustainable legacy to do this in Europe, linked within the OHDSI global framework to other global regions in parallel development.

Interoperability and standardisation are technical challenges, but EHDEN is working within a socio-technical construct which also requires trust of all involved, especially Data Partners and Researchers, whilst ensuring compliance with GDPR, local and regional governance and approval processes.

Ultimately, EHDEN is striving to ensure 21st-century research can be conducted with 21st-century tools, engaging with the wider community in terms of performing observational research, supporting R&D, trial optimisation and a new clinical trial paradigm. As Europe prioritises digital healthcare over the term of the new Parliament, we hope EHDEN will become a centre point for a strategic development of a federated network and open science community supporting research, clinical care, evidence generation and better outcomes for its citizens and patients. 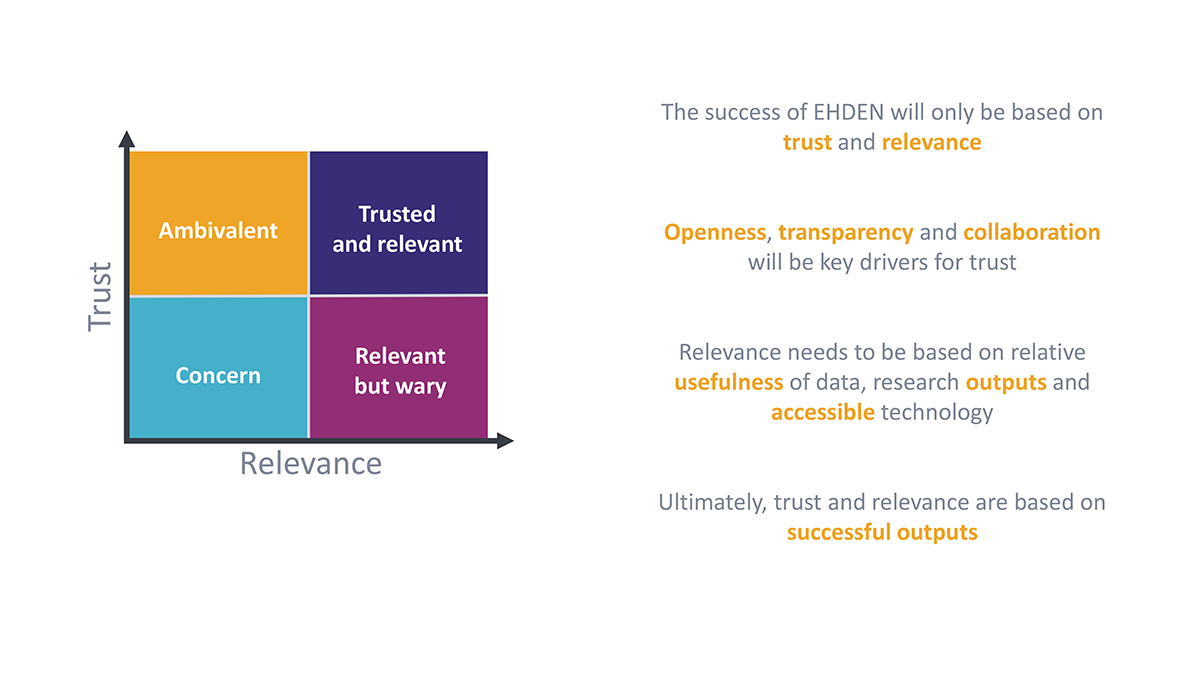 The European Health Data & Evidence Network has received funding from the Innovative Medicines Initiative 2 Joint Undertaking (JU) under grant agreement No 806968. The JU receives support from the European Union’s Horizon 2020 research and innovation programme and EFPIA. 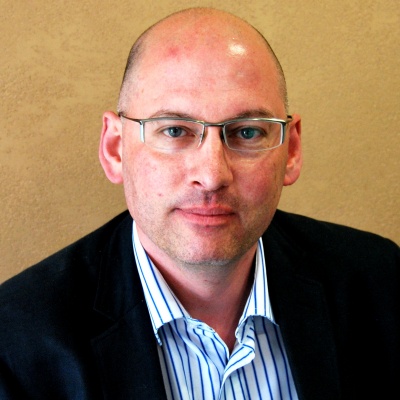