The city of Seattle in the United States recently passed an inclusivity law, which legally requires pubs, bars, restaurants, gyms, and stadiums to show captions on their television sets during working hours. According to transcription experts, this decision has created a leading example of inclusivity to other city councils across the US and Europe.

Hearing experts claim that around 71 million of all Europeans between the ages of 18 – 80 suffer from hearing loss greater than 25 decibels. In the EU alone, over 55 million adults experience aural difficulties ranging from tinnitus to deafnessIn order to address the issues of those with hearing problems, GoTranscript, a human-driven transcription company has previously backed inclusivity initiatives. In December 2018, it called for closed captions to be made a legal requirement on video games in Europe. This came after video game studio, Activision, was criticised from gamers who are deaf or hard of hearing for failing to include closed captions in its recently relaunched Spyro The Dragon game.

The law passed in Seattle will come into effect during May. It was passed unanimously by Seattle City Council as way of improving accessibility for the deaf or hard of hearing, the elderly, learners of English as a second language, plus those with learning disabilities, attention deficits and autism.

With the US having a hearing loss rate of around 4%, Seattle will join other US cities including San Francisco and Oregon, who have also passed similar inclusivity laws. The city council has been praised by the deaf and hard of hearing community for their adoption of the inclusivity law.

The European Union of The Deaf has since highlighted a number of flaws in the European Accessibility Act, which despite improving the accessibility of a number of digital products and services, is not extended to public buildings, transportation, as well as household appliances.

Similarly, transcription provider, GoTranscript believes that improved accessibility for the deaf and hard of hearing across Europe would be a boost for inclusivity. Its CEO, Peter Trebek, said: “In Europe, showing subtitles on TVs in places of social gathering are not a legal requirement despite the European Accessibility Act. Given the number of people suffering from hearing problems across the continent, it would be a great example of inclusivity if European cities and municipalities were to adopt a similar model to that shown by Seattle.”

With the European Parliament elections taking place on May 26, it remains to be seen whether the inclusivity wishes of Europe’s activists and experts will be acted upon.

Partnership between ReStart and Better to improve NHS data interoperability 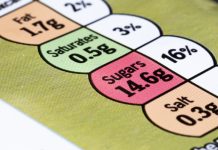