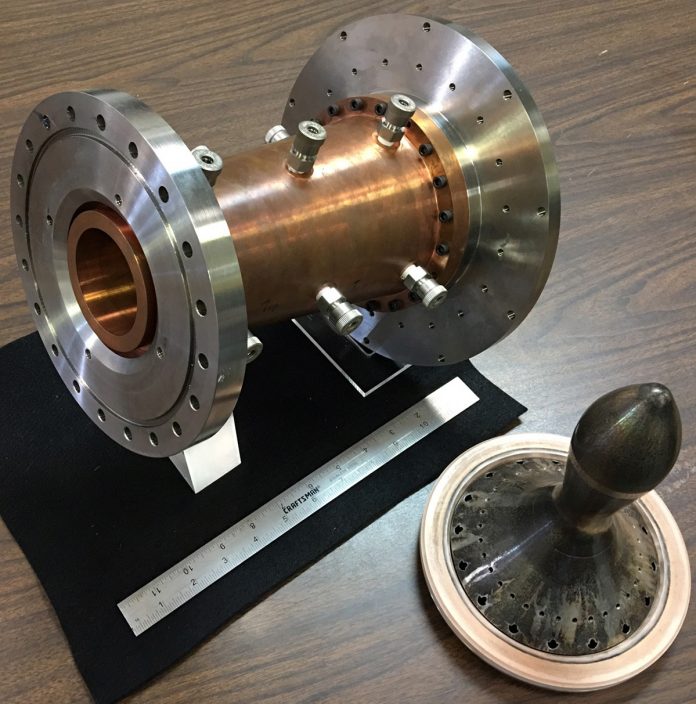 When I entered graduate school in 1993 to study plasma physics and fusion, the United States already had designs to build a “burning-plasma” fusion experiment in which the power produced by fusion would, for a short duration, exceed the heating power required to sustain those reactions1, i.e., “scientific breakeven.” Had we proceeded then to build such an experiment, we might have achieved that milestone a decade ago. The experiment was never built, and, instead, the multi-national collaboration ITER2 is now aiming to fulfill this mission. ITER’s final cost is projected to exceed US$20bn3, and it will take nearly another 20 years from today before ITER might demonstrate scientific breakeven. Fusion science and technology have advanced significantly since 1993, but we have frustratingly regressed with respect to the timeline for realising commercial fusion power. Why?

The two biggest, interrelated reasons that progress toward fusion power has slowed to a crawl, in this author’s opinion, are (a) the significant cost (>US$10bn) of constructing a burning-plasma experiment based on the most scientifically mature approach (the tokamak), and (b) the absence of consensus that fusion energy is urgently needed. Such consensus, if it can be established, would increase the available public funding and therefore the rate of progress. At the present rate of progress, commercial fusion power will not be realised in time to impact midcentury carbon-emission targets. All projected energy solutions (e.g., renewables with storage, fossil fuels with carbon sequestration, and advanced nuclear fission) have daunting challenges of their own to overcome in order to achieve the scales needed to meet midcentury energy demands. More timely development of fusion energy would greatly increase our chances of achieving an adequate carbon-free energy mix. But how do we increase the rate of progress toward realising economical fusion power, given the socio-political realities?

There are many proposed pathways to fusion energy that are potentially “faster and cheaper” compared to the development path based on ITER. In the remainder of this and a series of subsequent articles, we draw from the story of our own fusion research to explore and advance a lower-cost development pathway toward economical fusion power, benefitting from and complementing mainstream fusion research that is centred around ITER. We assert that lowering fusion-development costs is essential to accelerate fusion development, such that fusion might penetrate power-generation markets by 2050. Our journey over the past decade benefitted from desirable aspects of a public-private partnership to develop fusion, but our path occurred against great odds, whereas such paths should be enabled systematically throughout the worldwide fusion-development enterprise to improve its chances of timely success.

Our research is focused on developing a reactor-friendly embodiment of magneto-inertial fusion (MIF), aka magnetised target fusion (MTF). MIF is a class of approaches involving the compression of a magnetised target plasma (consisting of the fusion fuel) to fusion conditions by an imploding pusher, called a “liner.” For example, the Canadian company General Fusion is developing MTF via acoustically driven liquid lead-lithium as their liner. MIF is inherently lower cost than other fusion approaches because MIF aims to achieve a compressed fuel density that optimises the combination of plasma heating power and stored energy required to achieve fusion conditions4, thereby minimising the capital cost of the required facility. On the other hand, for historical and myriad other reasons, the mainstream, most scientifically mature approaches of magnetic-confinement fusion (MCF, such as ITER) and inertial-confinement fusion (ICF) operate at the lowest and highest extremes of fuel density, respectively. As a result, due to basic laws of plasma physics, MCF requires very large size and stored energy, and ICF requires very high power to compress the fuel, which both drive costs into the multi-billion ($US) range for breakeven-scale facilities. In contrast, a breakeven-class MIF facility is expected to cost as little as a few hundred million dollars ($US).

Our project, the Plasma Liner Experiment–ALPHA (PLX-α)5,is one of nine projects supported by the ALPHA Program6 of the Advanced Research Projects Agency–Energy (ARPA-E) of the U.S. Department of Energy (DOE). We use innovative, low-cost coaxial plasma guns (Fig. 1), developed and built by partner HyperV Technologies Corp.7, to launch a spherically converging array of supersonic plasma jets toward the middle of a large, spherical vacuum chamber (Fig. 2). A key near-term goal of PLX-α is to merge up to 60 plasma jets to form a spherically imploding plasma liner, as a low-cost, high-shot-rate driver for compressing magnetised target plasmas to fusion conditions. This approach is known as plasma-jet-driven MIF (or PJMIF)8. A new startup company HyperJet Fusion Corporation (which recently received seed funding from Strong Atomics, LLC, a new fusion venture fund) aims to develop PJMIF under continued public and private sponsorship.

In an ensuing article, we will describe the key elements that led to joint public/private sponsorship of this research, in hopes of motivating public policymakers and private-sector investors to make such sponsorships more commonplace throughout the fusion-development enterprise.