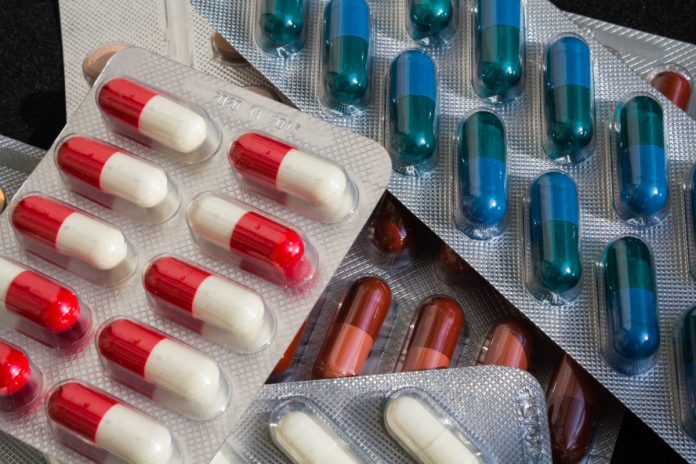 Danilo Lo Fo Wong, Programme Manager on Antimicrobial Resistance at the World Health Organization (WHO) tells Editor Laura Evans that antibiotic resistance is a global problem and needs to be stopped now

Each year it is estimated that around 25,000 people die of antibiotic-resistant bacterial infections acquired in hospitals, throughout the European Union. However, across the wider European region, it is unknown how many people are affected but experts and signs suggest that the situation may be even worse.

The reckless use of antibiotics throughout these regions has left doctors and scientists fearing the spread of antibiotic-resistant infections. Concerns stem from the fact that overuse could see a return to a pre-antibiotic era where simple infections do not respond to treatment and routine operations can become life-threatening.

However, Europe is fighting back and the World Health Organization (WHO) is helping with this. Danilo Lo Fo Wong, Programme Manager on Control of Antimicrobial Resistance (AMR) at the WHO Regional Office for Europe tells Editor Laura Evans how AMR is a global problem and one that many people are not aware of.
“Antibiotic resistance is a form of survival of the fittest. It is a natural phenomenon, which happens when you expose bacteria to antibiotics or drugs,” explains Lo Fo Wong. “Normally antibiotics would kill the bacteria that cause the illness, but some of these bacteria are genetically different and may be able to survive the treatment.

“Globally, people agree that it is one of the major health threats we are facing today. This is because we are increasingly seeing people with bacterial infections that are resistant to more and more drugs. This means there are more people becoming increasingly difficult to treat.”

One of the problems with regard to AMR is that many people are not aware it exists. Because it is not a disease, but a complication that arises from an infection, people cannot see it, (making it difficult or impossible to treat). Lo Fo Wong explains it is very difficult to estimate how significant a problem AMR is in relation to other health issues. This is due to the fact when a patient dies it is often difficult to discern whether it was due to the illness or the treatment failing.

“Intuitively I think many people would agree that it is a real threat. It is a threat here and now and the problem is increasing. Doctors will tell you the same thing – that they have to prescribe different antibiotics until they get the right one, as increasingly the drugs fail one after the other,” he says.

“It is a natural phenomenon. Bacteria multiply quickly and there are genetic diversities. Sometimes there is a different type of bacteria that is able to withstand the treatment. The infection then remains and can spread from one person to another.”

The problem is a global one, and it not just something that only affects Europe. As infections can spread from person to person, they can easily be transported to different countries. In low-income countries where drugs such as antibiotics are not readily available this can be an additional issue. However, the problem is not limited to these countries.

“Antibiotic resistance is not a disease. It is a complication of diseases, and one of the things that we know is that diseases travel, either through products or trade. So whatever happens in one country can affect another,” explains Lo Fo Wong. “And of course in countries that are less resourceful, the effects of treatment failure may be more devastating. When you have populations that are weak, to begin with, or where certain antibiotics are not available those are hit the hardest.

“It is certainly also an issue in high-income countries. The problem is many countries do not have regulation on the use of antibiotics.”

One of the reasons this problem exists could be the reliant nature we have on antibiotics and the assumption by the general public that they will treat all infections. Lo Fo Wong agrees this could be the case and that people are not always aware when they work or not.

“There is a lot of awareness that still needs to be raised among the general public,” he explains. “Sometimes patients put a lot of pressure on the doctor to prescribe them something. What usually happens is that patients go to a doctor who then does not prescribe anything but tells you to tough it out because really the antibiotics won’t work. People then have the opinion they are a bad doctor and go to another doctor.

“European Antibiotic Awareness Day helps to raise awareness to this issue and focuses on the fact that if you have a common cold or flu, which is caused by a virus, you don’t need to use antibiotics.

“It is about trying to raise awareness and lower the expectation that antibiotics can cure everything because it is not a cure for everything.”

The WHO is trying to combat the problem by getting it on the global health agenda. As a slow-developing medical disaster, it is harder to bring to the front of people’s minds rather than something you can actually see the dramatic effects of, such as Ebola.

“Every year we have the World Health Assembly, which is where all 194 Member States come to Geneva and discuss health issues, focusing on what has been done and what needs to be done. This is an ideal audience to raise awareness, which is what we have been doing through special events like this one since the mid 80’s” says Lo Fo Wong.

“We have annual campaigns on hand hygiene on 5 May 1, and we are collecting evidence to convince the Member States, doctors, and pharmacies of the seriousness of the issue. We are also in a good position to collect best practice from one country and inform other countries there are solutions out there.”

WHO has been campaigning against this issue for many years and following World Health Day in 2011 it seems to have gathered global momentum. The slogan from that day reads “No action today, no cure tomorrow’. Following that campaign, people started to see the urgency of the matter in terms of if we don’t take action today there will be no antibiotics to treat the future generations.

“In terms of action last year the World Health Assembly – were 194 Member States come together to discuss health issues – A number of countries proposed a resolution, which included putting AMR back on the health agenda and calling for a Global Action Plan,” says Lo Fo Wong.

“The Member States asked WHO to draft this Action Plan, which will be presented during the next World Health Assembly this year. There have been action plans before, but the problem with previous ones is it puts a lot of emphasis on what WHO should do and not what countries themselves should do.

“This is a global action plan, not a WHO action plan, with roles and responsibilities for the Member States and other organisations, as well as more practical guidance on what needs to be done.”

As resistance continues to spread there is an urgent need for new antibiotics as well as better diagnostic tools. According to WHO, less than a handful of antibiotics are currently in the pipeline to combat antibiotic-resistant bacteria. Of course, we need to be smart about how we use these new antibiotics to avoid misuse happening again. Awareness campaigns such as European Antibiotic Awareness Day help to bring the issue to the forefront and will hopefully reduce the overuse of antibiotics, preventing this from being a future problem.