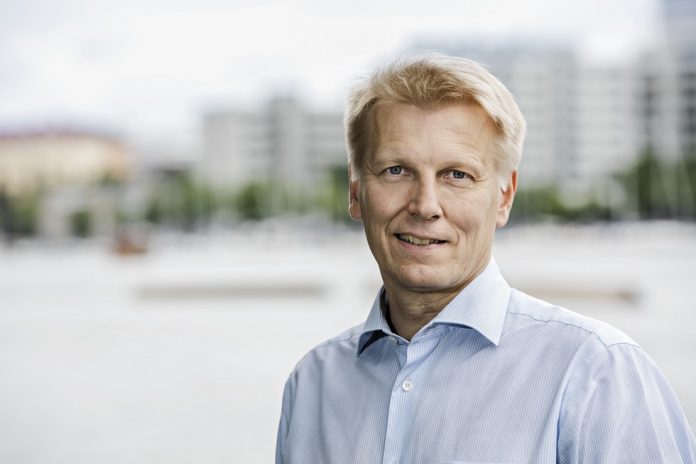 Finland like many other countries is currently in the midst of a fight against climate change. Following on from the meeting in Paris last November, the Agreement that came into force will certainly be implemented in Finland. Minister of Agriculture and the Environment Kimmo Tilikainen believes that the country has every opportunity to serve as a model country in climate and energy policy.

By 2050, the Finnish government aims to reduce emissions by 80 to 95% in comparison to the levels in 1990.According to their Energy and Climate Strategy, there should be 250,000 electric cars and 50,000 gas cars in use by 2030. As well as having at least a third of the road transport fuel coming from renewable sources by the same period. Finland is by no means ambitious with their climate energy goals, and is making the most of available new solutions in order to achieve them, as well as boosting employment.

“In Finland this balance can be reached sooner, in 2045 at the latest,” says Minister Tiilikainen. “This is when our forests would sequester all the fossil emissions generated in Finland.

“In the international context, this would place Finland among highly ambitious countries. Of the other countries, Sweden for example has set similar targets.”

The Paris Agreement means that by the latter half of the century, emissions and carbon sinks must be in balance. Ambitious Finland is in no doubt this can be achieved. With regards to forest sinks, the country is one of the top countries in the EU. Their forests generate around 30% of the annual emissions in Finland.

Due to sustainable forest management, which promotes the growth of woodlands, the carbon sinks will remain high in years to come and the government is aiming for them to be back to the current level in 2035.

“About a decade ago, several paper and pulp mills were closed down in Finland,” says Tiilikainen. “Now new investments and increased use of wood are bringing significant numbers of jobs and boosting our exports and national economy.

“Actions should be targeted to wood building, which sequesters carbon on a long-term basis, and new innovations. Together with the other Nordic countries, we can be the trailblazers of ambitious climate policy.”

Finland has a great commitment to sustainable development and achieving these climate goals. In 2015, the Minister placed great emphasis on water and its important role in the 2030 Sustainable Development Agenda.

Speaking in New York in 2015, Minister Tiilkinainen said: “Water sustains life – it is essential for people and the planet. Therefore, water is a crucial element in the 2030 Agenda for Sustainable Development as a separate goal and as a cross-cutting issue.

“Water affects poverty eradication and is a crore element in healthy lives and well-being, as well as, in gender equality and empowerment of women and girls. Water is essential within the framework of sustainable management of natural resources and with regard to our fight against climate change.

“Consequently, it is important for sustainable economic growth. In addition water has a strong security aspect.”

In Cancun last year, the Minister stressed the need for more to be done for the well-being of biodiversity. Speaking at a High Level Luncheon Event on Biodiversity and Sustainable Development in Mexico, Tiilikainen called for a wide approach to tackle the decline of biodiversity. His address also concentrated on the role of sustainable management of commercial forests.

“The conservation, restoration and sustainable use of biodiversity can provide solutions to a wide range of societal challenges,” the Minister stressed.

“In Finland, the outlines for targets and actions concentrating the commercial forests are brought together in our National Forest Strategy 2025. It integrates all forest-related targets that come from different international, EU and national strategies and programmes.

“They cover biodiversity, sustainable development, energy and climate, as well as rural and regional policies.”

Policies such as these are integral to ensure Finland continues on its goal for sustainable economic growth. As well as fighting against climate change, the country is showing its commitment to the surrounding environment, such as biodiversity, forests and water. All three elements are key factors in Finland’s objective to be a model country with regards to climate and energy.