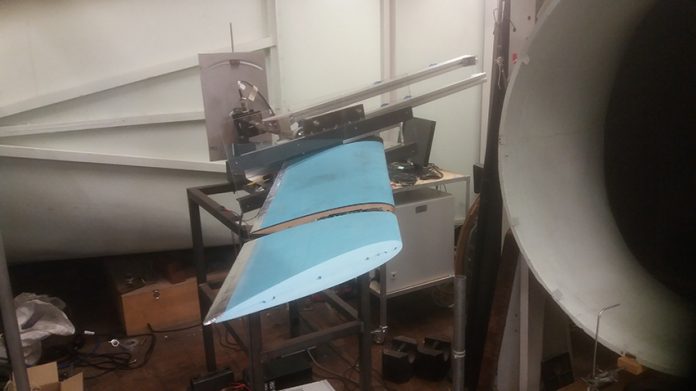 There is a much current effort in the aerospace industry, supported by university research, which is funded by the likes of the European Community Clean Sky and Flightpath 2050 initiatives, to develop aircraft that are more fuel-efficient and environmentally friendly. The main design strategies that can be used to achieve these goals are better aerodynamics, less structural weight and improved engines. It is likely that in the not too distant future the traditional civil jet aircraft configuration, of passengers sitting in a cylindrical fuselage with engines attached to swept-back wings via pylons, which we have known for the past 50 years will change.

Considerable research has been devoted worldwide towards improving aerodynamic performance through the reduction in the aerodynamic drag that occurs in-flight; one of the simplest ways to do this is to decrease the so-called “induced drag” by making the wings longer. However, this is not straightforward as a greater wing span leads to an increase in the aerodynamic loads, which in turn leads to heavier aircraft. Perhaps the major limitation to such a design concept is the maximum wing size that is allowed at airports; airlines have to pay increased fees to use larger airport gates, and consequently, this has led to a restriction on the size of today’s typical aircraft designs.

A possible solution to the airport gate size issue is to make use of folding wings, which can be employed on the ground in a similar way as the retractable wings used by planes on aircraft carriers. Such an approach would enable larger wing spans to be achieved, giving improved aerodynamics, without the financial gate size penalties. This technology is currently very relevant to civil aircraft designs; an option on the latest version of the Boeing 777X has a folding wing capability that can be activated during taxing to and from the airport gates.

The possibility of including a folding wing design has opened up the possibility of using such a device in-flight to reduce the loads resulting from a straight and level flight, and also from gusts and turbulence; potentially removing the weight penalty incurred by extending the wings. Research at the University of Bristol, funded by the EU Marie Curie ALPES (Aircraft Loads Prediction using Enhanced Simulation) Initial Training Network and also the UK’s Aerospace Technology Institute, has demonstrated that it is possible to achieve a significant wing-tip extension with a limited or even minimal impact on wing weight.

The main idea consists of positioning the hinge on the wing so that it is not parallel to the free-stream (the direction that the aircraft is flying in); it can be shown that the orientation of the hinge line relative to the airflow is a key parameter to enable successful loads alleviation. When an upwards gust of air hits the wing, the wingtip will fold upwards, thus reducing the angle of the wing-tip relative to the airflow and hence, decreasing the aerodynamic loads acting on the wing. Similar decreases in loads can be achieved in straight and level flight. Simulated studies1 using representative flexible civil jet aircraft computational models have explored the effect of wing-tip hinge position and orientation, attachment stiffness and damping, and also wing-tip weight on the static and dynamic response of an aircraft. It has been shown that significant reductions in the loads were possible without causing any problems to the aircraft’s stability.

Further investigations2 have involved the development of an initial prototype experimental demonstrator created in order to validate the folding wing concept. The rig consists of a model wing with a hinged wing-tip placed in an open jet wind tunnel to replicate the airflow experienced by an aircraft. Furthermore, it was possible to mimic a turbulent airflow using a gust generator placed upstream of the test structure. Initial studies have considered the effect of hinge angle, hinge stiffness and airspeed on the loads reduction capability of the wing-tip device, and results have confirmed the loads reduction potential of the concept predicted by the simulations.

Work is continuing to evaluate the benefits of the folding wing concepts and also to determine how they might be implemented and operated on full-size aircraft. However, despite the considerable promise, there are many hurdles such as complexity of the mechanism, extra weight, safety issues and the cost that will have to be overcome before we see folding wingtips on aircraft in the future.

University of Bristol – Faculty of Engineering