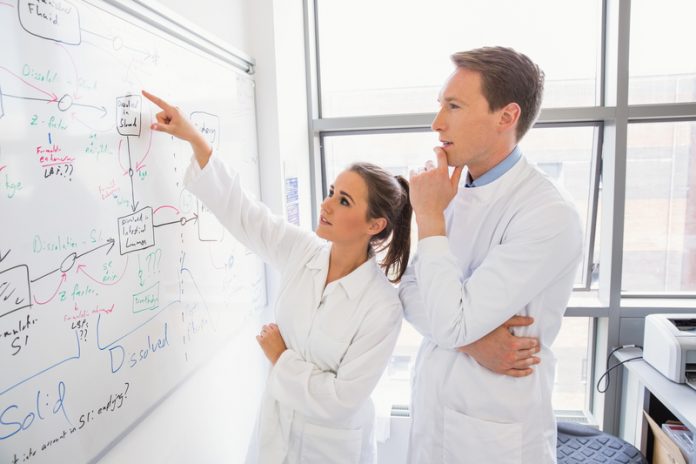 The Ministry of Higher Education, Research, and Innovation (Ministère de l’Enseignement supérieur, de la Recherche, et de l’Innovation, MESRI) oversees university-level education and research in France. This sector is vital to driving innovation and research in France, and its continued success in these areas. The French research policy itself is conducted by the MENESR (Ministère de l’Éducation Nationale, de l’Enseignement Supérieur et de la Recherche). Research activities are carried out either in higher education institutions or research organisations (public research) or in enterprises (private research). A total of 575,300 people work in this sector, including 266,221 researchers.

As of 2017, Frédérique Vidal has been the Minister of this department and most recently has helped launch the priority research programme combatting climate change: Make Our Planet Great Again, alongside the General Commissioner for Investment, Louis Schweitzer. This was a response to the decision from the United States to withdraw from the Paris Agreement last June. Vidal will commit to a focus on high-level scientists, encouraging them to apply – be it experienced researchers or young people with high levels of potential. The total funding will amount to €60m over a period of 5 years, benefitting 50 researchers. The areas that this funding will help the scientists prioritise are:

France’s research universities, equipment and scientists are among the best at an international level, all of which will be involved in this new programme. According to Vidal, ‘Make Our Planet Great Again’ will also strengthen the research potential of labs hosting these scientists all over France.

The country believes that access to science will greatly benefit economic growth and sustainable development, as do many other European countries.

This has encouraged the Ministry to push forward with innovation plans in recent years. For the first time, France introduced ‘A new deal for innovation’ presented on 5 November 2013. This plan has 3 main priorities: to stimulate a culture of innovation in higher education, to encourage exchanges between public and private laboratories, and to set priorities that are internationally coherent. It is important to remember that innovation is multifaceted and that there is no single process of innovation. In order for France to maintain its relevance in the innovation sector, it must remain informed of the many different factors driving innovation, for example, market needs, economic criteria, and technological advances etc.

The launch of ‘France Europe 2020’ will be doing just this, as it promotes France’s participation in the Horizon 2020 European Programme, and will in total allocate €12bn to this cause, with €4.1bn going towards the actions carried out by the MESRI including:

The France Europe 2020 strategic agenda hopes to enable French research, in all its diversity, to provide better responses to the ever changing major scientific, technological, economic, and societal challenges of the decades to come.

Another endeavour by France to boost initiatives in terms of science and innovation is by financing 3 actions under EUREKA: support for cooperative projects carried out by companies, the EUROSTARS programme, and the so-called ‘clusters’ strategic initiative. EUREKA aims to coordinate efforts of governments, research institutes and commercial companies concerning innovation, and supports innovative international projects to strengthen Europe’s competitiveness. It follows a bottom-up approach to research and development funding – allowing companies to initiate projects themselves. France has agreed to support these projects as part of its 3 actions under EUREKA, however, to be certified, projects must include independent partners from at least 2 member countries, and also be aimed at technological innovation leading to a marketable product, process or service. Since 2008, French projects were predominantly funded by OSEO, which is now known as, Bpifrance. The second of the 3 actions that France has become involved with is the EUROSTARS programme – which is aimed at research and development performing SMEs. France moving behind this programme will greatly benefit the country’s role within the innovation sector. Finally, France also plays a big role in developing EUREKA Clusters: strategic initiatives proposed and led by industry, developing generic technologies of key importance for European competitiveness.

All of these initiatives and partnerships overtly display France’s enthusiasm within the research and innovation sectors, and if this continues into the future, there will be a significant positive socio-economic impact on France itself.