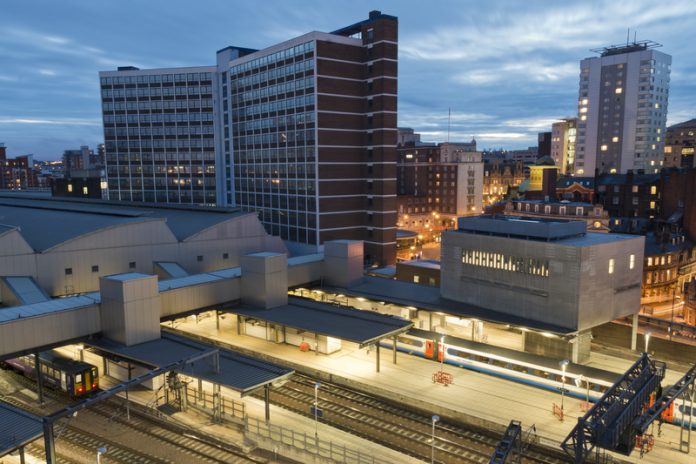 Revealing plans for the full HS2 route today, the Transport Secretary has said compensation offered will go over and above legal requirements

The government has today set out its preferred option for the full HS2 route, from Crewe to Manchester and the West Midlands to Leeds, confirming once again its commitment to the project. It says completion of this phase “will unlock the full benefits of HS2”.

The government says the high speed rail project will create 25,000 jobs and 2,000 apprenticeships during its construction, as well as supporting growth in the wider economy equivalent to an additional 100,000 jobs.

When HS2 is complete in 2033 the total number of main line commuter and intercity trains per hour into and out of Birmingham, Manchester and Leeds will almost double to 48, while the total number of intercity seats will treble to almost 15,000 per hour. The new HS2 trains will carry over 300,000 people a day, tripling seats available out of Euston at peak hours and freeing up space on the existing network for additional commuter and freight services.

“The full HS2 route will be a game-changer for the country that will slash journey times and perhaps most importantly give rail passengers on the existing network thousands of extra seats every day,” said Transport Secretary Chris Grayling.

The Department for Transport believes the benefits of HS2 will reach far beyond the towns and regions directly linked by the newly built railway lines. As the full network is completed, new HS2 trains will continue up the East and West Coast Main Lines, serving areas including Liverpool, Preston, Carlisle, Glasgow, York, Newcastle and Edinburgh.

“But while it will bring significant benefits, I recognise the difficulties faced by communities along the route,” Grayling continued. “They will be treated with fairness, compassion and respect and, as with Phase One, we intend to introduce further compensation which goes over and above what is required by law.”

The command paper High Speed Two: from Crewe to Manchester, the West Midlands to Leeds and beyond, describes today’s announcement in more detail, but it does not include a decision on where to site Sheffield’s new station.

So that construction on the first phase of HS2 between the West Midlands and London can get under way next year as planned, the Transport Secretary also announced today the award of a £900 million contract to:

The contracts are for preparatory works including archaeological investigations, site clearance and the setting up of construction compounds before the main civil engineering work can begin.

The Department for Transport today issued safeguarding directions for the preferred Phase 2b route which protects the preferred route from conflicting development and also means that those people who are most affected by the plans to build Phase 2b can now apply to the government to buy their home.

The DfT is also consulting on seven refinements to the plans – three of which concern the western leg and four the eastern leg of the line – as well as discretionary property schemes like those currently in operation for people living along the Phase One route. From today, two of these schemes – Express Purchase and Need to Sell – will enter operation on an interim basis, and if confirmed by the government, all schemes will be in place until a year after the railway is fully operational.