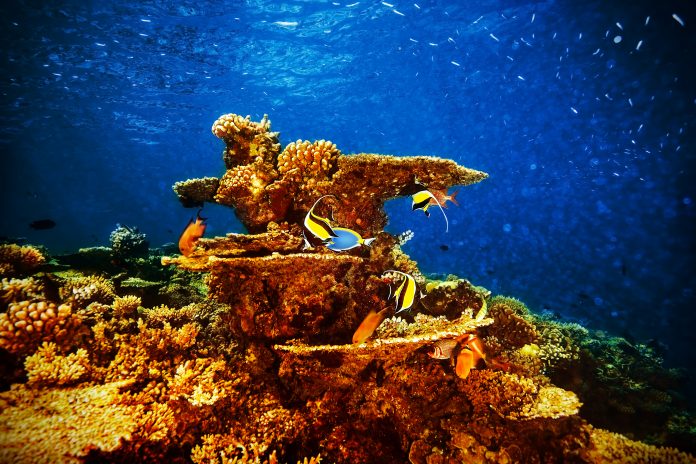 The Division of Ocean Sciences (OCE), is part of the U.S. National Science Foundation (NSF) and supports research, infrastructure and education to advance understanding of all aspects of the global oceans and ocean basins, including their interactions with people and the integrated Earth system. OCE supports and promotes collaboration and facilitates the development of a diverse scientific and educational community, on both a national and international level. The Division works with the U.S. ocean sciences academic community to direct funding towards advancing the frontiers of knowledge, developing the next generation of researchers, and enhancing the public’s understanding of ocean sciences, thus addressing many of America’s most pressing challenges involving earth processes.

There are a number of recent examples of this research making huge strides in the division, one being the discovery that Hawaiian corals are driven by co-evolution, which dramatically alters initial concerns regarding the capacity of corals reef ecosystems to respond to change. The collapse around the globe of coral reef ecosystems has been significant over the years as climate change becomes a greater and greater threat, and this led to worries that corals might not be able to adapt to these changing climate conditions. However, this accidental discovery said otherwise. “Unexpectedly, we found evidence that these corals have adapted and diverged very recently over depth and distance from shore,” says Zac Forsman, lead author of the study. “The algal symbionts and microbes were also in the process of diverging, implying that co-evolution is involved. It’s like we caught them in the act of adaptation and speciation.”

In the summer of 2020, the U.S. experienced a series of dangerous heatwaves which broke records, and now in the ocean, extreme warming conditions are also becoming more frequent and intense. Researchers at the Woods Hole Oceanographic Institution investigated marine heatwaves and currents at the edge of the continental shelf to better understand the effects on regional ocean circulation and marine life from coast to coast. This study was published in an NSF funded paper and is providing valuable insight into the relationship between a cool water current (the Mid- Atlantic Bight Shelfbreak Jet) and the changing sea temperatures. It compiles 25 years of oceanographic data collected by the cargo ship Oleander, and shows that the Shelfbreak Jet has slowed overall by about 10% since data collection began in 1992. This slowdown of the jet is consistent with the long-term warming of continental shelf waters. “NSF has funded data collection from the commercial ship Oleander for decades, mostly as a very economical way to observe and understand basin-scale features like the Gulf Stream, only to realise later that it is also a treasure trove of data for what has been happening just off our shores,” stated Mete Uz, a program director in NSF’s Division of Ocean Sciences.

Another of the many programs under OCE is the Marine Geology and Geophysics (MG&G) which supports research on all aspects of the geology and geophysics of the present ocean basins and margins, as well as those of the Great Lakes, with the mission to drive forward cutting edge research and innovative ideas. Investigators can submit proposals at any time, with no deadlines, and the program supports science that includes the following to name just a few:

• Structure, composition, tectonics, and evolution of the oceanic lithosphere.

• Geochemical indicators of life operating below the seafloor.

It is clear to see that the Division of Ocean Sciences works hard to participate in national and international research, supporting marine life everywhere and solving the mysteries of the ocean.