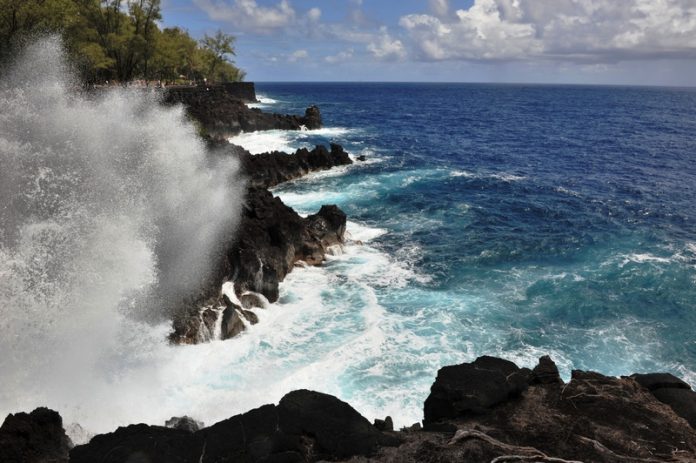 The National Science Foundation (NSF) is an independent federal agency in the U.S. that supports fundamental research and education across all fields of science and engineering.

This article looks at the work of NSF’s Division of Ocean Sciences (OCE), within the NSF, who exist to support research, education and infrastructure that advance our understanding of the global oceans and ocean basins, including their interactions with the integrated Earth system and human beings. Within this division is the Marine Geosciences Section, which has a Chemical Oceanography section and one for Marine Geology and Geophysics (MG&G).

Firstly, the Chemical Oceanography Program supports research into the chemistry of the oceans and the role of the oceans in global geochemical cycles. Areas of interest here include:

Secondly, the Marine Geology and Geophysics Core Program is concerned with all aspects of research around the geology and geophysics of the present ocean basins and margins, plus the same for the Great Lakes. This Program supports science that includes the following fascinating areas, to name a few:

Added to this, we know that the Marine Geology and Geophysics Program is concerned with supporting new ideas and cutting-edge research. Field, analytical, and laboratory experimental projects; methods development; modelling; and the re-analysis and/or synthesis of existing data are supported by this Program. Also, the Program interfaces with NSF programs across the geosciences and across the Agency. (1)

In recent news from the field, NSF recently highlighted the work of scientists from the University of Toronto who have drawn new connections between climate change and the warming oceans.

Uli Wortmann, a professor in the Department of Earth Sciences in the Faculty of Arts & Science at the University of Toronto and co-author of the study explains more about what this study reveals in his own words. “Our study shows that global warming is not only about extreme weather events, or hotter summers, but it has the potential to alter the ocean structure with unknown consequences for fisheries.

“We show that the last time large amounts of CO2 were injected into the atmosphere, not only did the planet get hot – which is known as the so-called Paleocene-Eocene Thermal Maximum, about 55 million years ago – but it also changed the chemistry of the ocean quite markedly.”

The research discovers that as the oceans warm, oxygen decreases while hydrogen sulfide increases, which makes the oceans toxic and puts marine species at risk. (2)

How calcifying organisms will respond to ocean acidification

Another piece of research highlighted by NSF’s Division of Ocean Sciences (OCE) suggests that size is the key factor that predicts how calcifying organisms will respond to ocean acidification. Allison Barner, who carried out the research while completing her PhD in integrative biology at Oregon State University shares her thoughts on ocean acidification. “Decades of research have shown that calcifying species are negatively affected by ocean acidification…But even closely related species can have different responses to acidification and not much was known about the drivers that shape this variation.”

Added to this, we learn that around 30% of the carbon dioxide in the air ends up in the sea, where it causes a reduction in carbonate ions – a key building block for a variety of calcifying organisms, including not only the algae in the study but also animals such as oysters, mussels, sea stars and corals. As well as running experiments that simulated future ocean acidification conditions, Barner and colleagues measured a suite of properties for each species, including its habitat distribution along the Oregon coastline and its size, surface area and shape.

“All of the species had declining calcification with short-term increases in acidification,” says Barner, who now works as a postdoctoral scholar at the University of California, Berkeley. “And the findings supported the hypothesis that organismal size is the best predictor of an individual’s physiological performance under acidified conditions. Importantly, we can rule out the scenario that each species might have a different response to ocean acidification.” (3)

The links between carbon and plankton

One project, announced in June this year concerns a joint project between the National Aeronautics and Space Administration (NASA) and the National Science Foundation (NSF) which aims to study the life and death of microscopic plankton, tiny plant and animal organisms that play a vital part in removing carbon dioxide from the atmosphere and the oceans.

While the major pathways of how carbon moves through the ocean are known, how much of it is transferred along these pathways and how much they depend on ecosystem characteristics, are not as well known. Providing us with more detail on this, Mike Sieracki, a Biological Oceanography program director in NSF’s Division of Ocean Sciences (OCE) says: “The carbon that humans are putting into the atmosphere is warming Earth…Much of that carbon goes into the ocean and is transported to the deep sea, where it will not return to the atmosphere for a long time. This project will help us to understand the biological and chemical processes that remove that carbon, and to monitor these processes as climate changes.” (4)

Many further examples of NSF supported research could be discussed here if space allowed, such as how a new study challenges scientists’ presupposition about the carbon cycle (5) or how nutrient pollution makes ocean acidification worse for coral reefs (6). In closing, we have seen some fantastic examples of just one area that the NSF supports when it comes to basic research and the people to create knowledge that transforms the future of our world. (7)