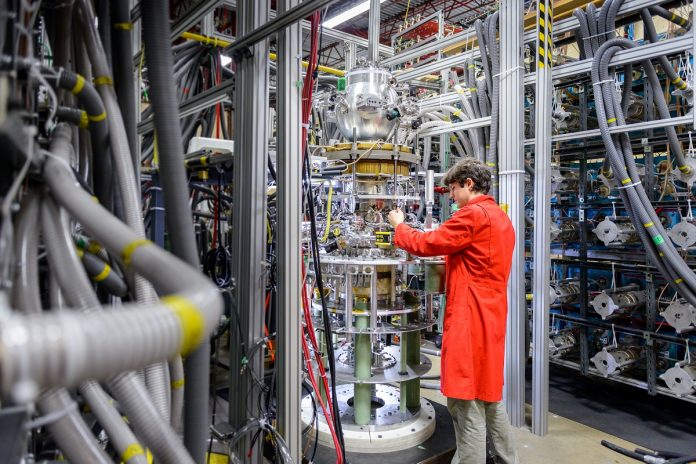 The opportunities provided by fusion should not be overlooked. Here, Michael Delage, of General Fusion Inc. explains the potential of the energy source

A cornerstone of any realistic path to overcoming climate change is developing sources of energy that are emission-free, on-demand and economically viable. Such sources would sustain the world’s growing population and broaden the opportunity for economic prosperity. The need for these sources is urgent: global electricity demand is forecast to increase by 69% in the next 20 years, and while renewables are growing rapidly, the majority of this demand nonetheless looks set to be fulfilled by fossil fuels.1

The clean energy grid will need a mix of generating technologies to supply the diverse needs of consumers. When it comes to sectors with high energy intensity, such as industry or dense urban areas, fusion energy is a very attractive option. Fusion has the potential to provide clean, safe and on-demand power worldwide. It also has the potential to demonstrate the best energy payback ratio (EPR) and lowest carbon life cycle footprint of any source, making it a powerful tool to tackle climate change.

The potential of fusion has long been recognised by the scientific community. Over 30 years of investment by governments in research and development has brought tremendous scientific advancements, and a number of countries now consider further development of fusion to be a national priority.

In addition to their involvement in the 35-nation ITER fusion project, China also plans to train 2,000 new fusion scientists by the end of this decade, and South Korea is investing heavily in the field.2, 3 These projects are demonstrating the scientific understanding that is enabling fusion to move from lab experiments to applied engineering projects.

Now is an innovative time in fusion, both in government and the private sector. New ideas are springing up: proposals for fusion system designs that are more practical to implement, at lower capital cost, and which will lead us to commercially viable power plants sooner than the earlier concepts.

This renewed wave of enthusiasm is the result of a combination of factors. The scientific knowledge gained through decades of research has provided us with an excellent understanding of the principles underpinning fusion. Fields such as plasma physics, key to achieving the extreme temperatures needed to fuse the hydrogen nuclei fuel, have been intensively studied and the parameter space we must work within has been established.

In parallel, substantial technological advances have taken place in fields complementary to fusion. Computing power and electronics, simulation, and materials science have progressed dramatically since the early days of fusion research in the 1960’s. Previously only feasible on the most powerful of national laboratory supercomputers, simulation of the behaviour of fusion plasmas is now possible on commercially available cloud computing platforms.

These advances provoked a vanguard of private fusion companies such as General Fusion, Tri Alpha Energy and Lockheed Martin to enter the space, capitalising on new technologies to push forward the development of innovative new approaches. With parallels to the emergence of companies such as Blue Origin and SpaceX in the aerospace industry, serious private sector investors are funding sophisticated efforts to pursue practical solutions with the goal of advancing the timeline for a commercial solution to fusion by decades.

Backed by venture capital, these firms are developing new, power plant-focused approaches at a pace not previously seen. In the coming years we will see the first demonstration prototypes emerge, which will marshal the energy industry to drive fusion’s commercialisation. These advances come not a moment too soon. The latest figures show that while the deployment of clean energy infrastructure is growing rapidly, it is being outpaced by the staggering level of new demand.

Some perspective: In 2015, China alone was responsible for 40% of global renewable power growth, but that represented only half of the country’s electricity demand increase4.

Much as we see a mix of technologies supplying our energy needs today, de-carbonising the world’s electrical networks will require a new mix of generating technologies incorporating distributed renewables, large scale storage, and high output, on-demand sources. Energy companies, corporate partners and governments around the world are recognising the ability of fusion to make a significant contribution to this mix, and are investing to unlock the full potential of the zero-emission grid.