Green hydrogen is defined as hydrogen produced from renewable energy sources. Around 97% of Norwegian electricity production comes from hydropower and with 15 TWh of excess capacity currently available, new ways of utilising this green power are needed. In the form of hydrogen, surplus and trapped renewable energy can be stored, distributed and made accessible to growing zero emission markets, both in Norway and abroad, placing our country in a unique position when it comes to green hydrogen production.

Electrolysis as the end solution, but fossil hydrogen with CCS could speed up the transition

Norway has a large production of natural gas with a yearly export of nearly 1000 TWh. For the Norwegian gas industry, hydrogen could provide a new market and even if green energy from renewable energy is the favourable solution in a climate perspective, hydrogen with CCS (carbon capture storage) could boost the transition by securing stable large-scale production from existing facilities.

However, hydrogen from natural gas with CCS is only economically viable in large scale, several hundred tonnes per day and close to existing CCS infrastructure, leaving room for green hydrogen to cover most of the domestic market in Norway where smaller projects in the range of a few hundred kilos per day to some tonnes per day will be the typical project size.

Hydrogen is an important piece of the zero-emission puzzle

Hydrogen has some fantastic characteristics as a zero-emission energy carrier. It has very high energy to weight density and only emits water. It can be produced anywhere from renewable energy and works very well as a range extender in existing electrical drive lines. However, hydrogen must not be seen as the only solution. Hydrogen will, in combination with batteries and a share of sustainable biofuel, play a key role in the transition to a 100% zero emission transport.

Hydrogen can be distributed compressed, liquefied or through a pipeline. Both on land and by sea, hydrogen could be distributed in compressed or in liquefied form. By fueling the distribution trucks and ships with hydrogen, the value chain is green all the way from production to consumer. 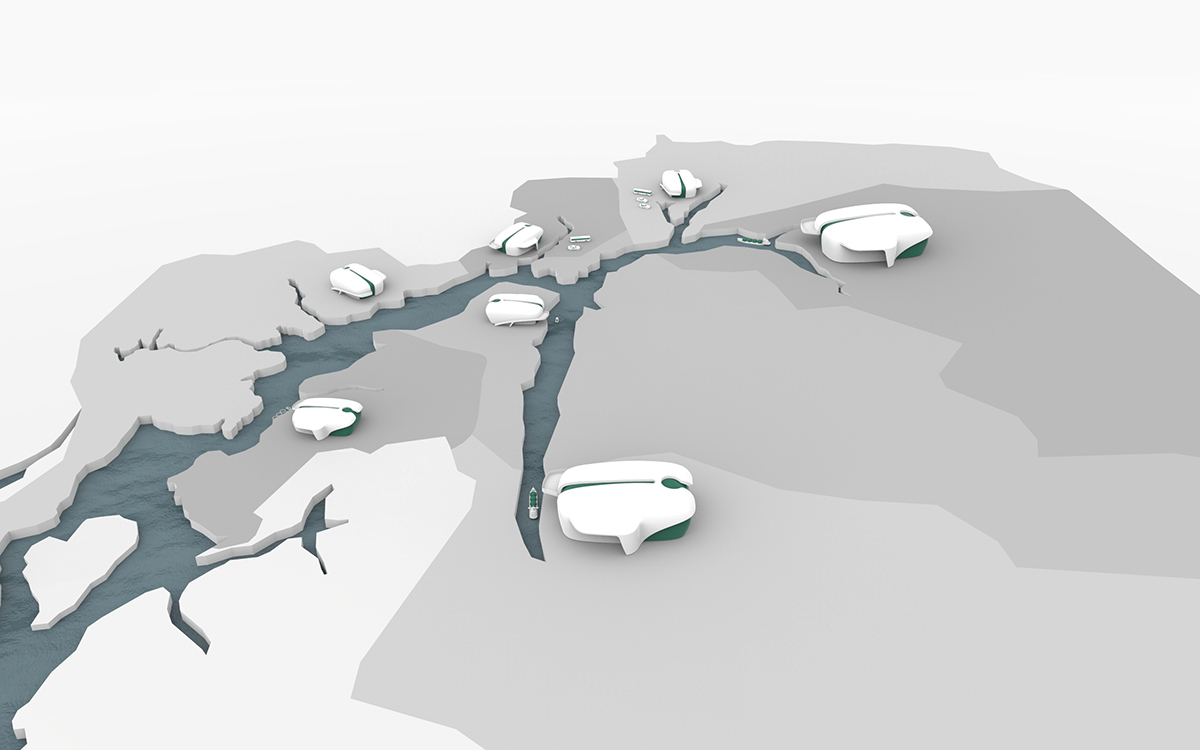 Hydrogen has a higher specific energy per unit than fossil-fuels, but a lower energy density per unit. In short, it takes up less weight but more space than the current solutions. There are two solutions to this problem; compression and liquefaction, the second of which offers the best density at the expense of costs and complexity. Therefore, there are use cases for both compressed and liquefied hydrogen depending on energy demands and space availability. For example, a supply vessel to the oil and gas industry would need about six tonnes of hydrogen for a standard three-day operation. In gaseous form, hydrogen at 350 bar pressure would need storage of about 250 m3, compared to only 85 m3 in liquid form.

Liquid hydrogen has been chosen for the first ferry project in Norway, with the hope of creating a bridge to more vessels. Supply vessels, cruise ships and for that matter large bulk ships, travel far greater distances than an express boat or car ferry and will need much more fuel.

Still, an important area of development is larger storage tanks, suited for long distances. On the flip side, fuel cells have a higher efficiency than combustion engines, reducing the amount of energy needed. Often compared to the far greater energy efficiency of battery electric systems. It is important not to pit the two solutions against each other because they serve different purposes.

Lately, major gas producers have made public plans to increase the global production capacity of liquid hydrogen from 300 to 400 tonnes per day. However, a key question remains, the use of emission-free hydrogen. If hydrogen is to be a zero emission solution, then hydrogen production from renewable electricity must increase and facilities producing it via natural gas reforming must implement carbon capture and storage.

The challenge ahead is, therefore, to increase the tempo even faster, encourage the production of truly zero emission hydrogen and take advantage of economies of scale. The climate puzzle is far from done, but with hydrogen, we are holding a key piece that can Make Green Happen!